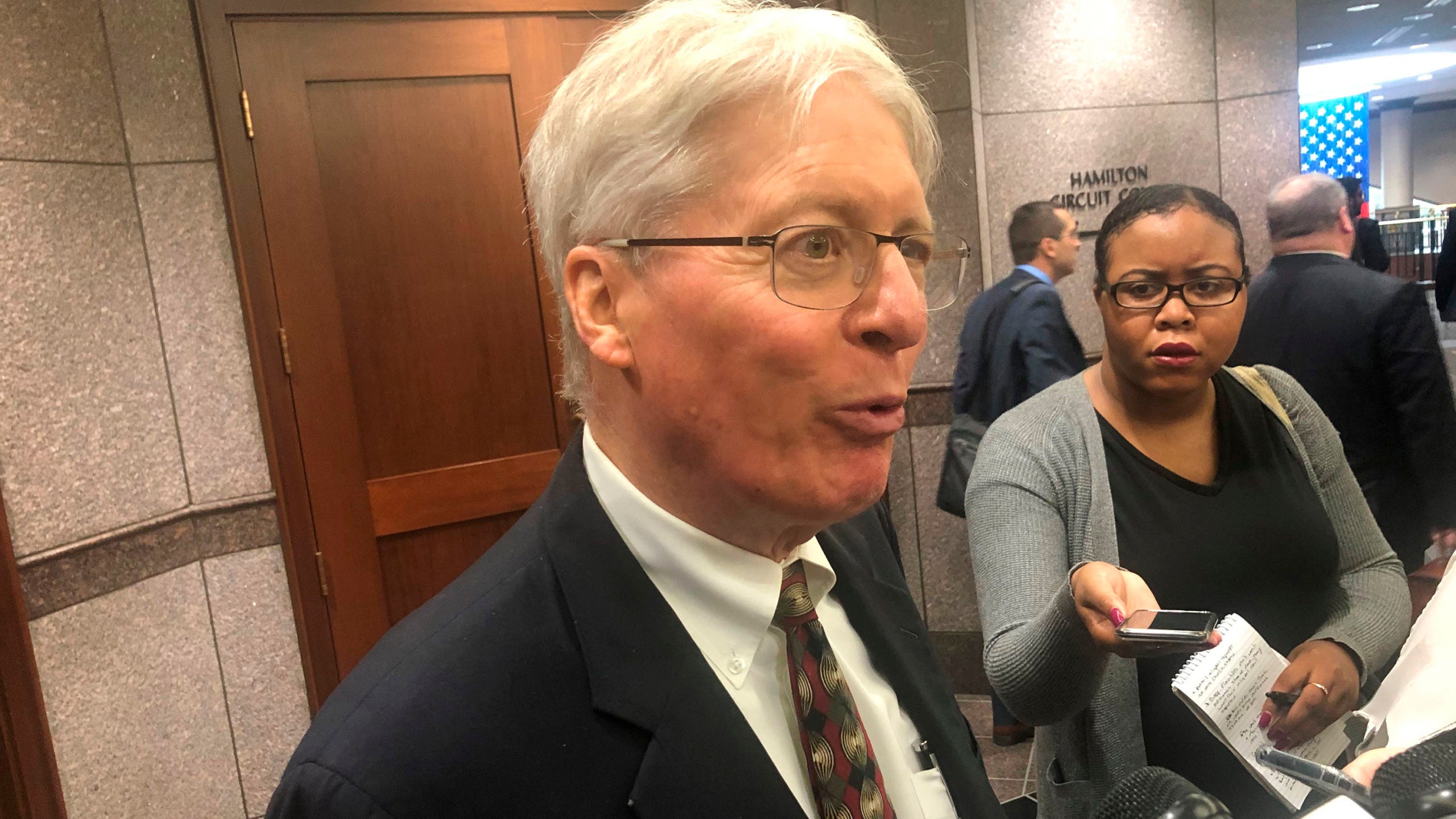 James Bopp, the attorney for conservative religious groups challenging limits on Indiana's religious objections law, speaks with reporters after a court hearing Thursday, Oct. 3, 2019, at the Hamilton County government center in Noblesville, Ind. Bopp argued the groups were subject to "grotesque stripping" of their religious rights by changes made to the 2015 law after a national uproar over whether it could be used to discriminate against gays and lesbians. (AP Photo/Tom Davies/WISH File)
by: Staff Reports
Posted: Mar 2, 2020 / 05:38 PM EST / Updated: Mar 2, 2020 / 05:42 PM EST

In November, a Hamilton County judge dismissed the group’s lawsuit against local ordinances in Bloomington, Carmel, Columbus and Indianapolis. Those ordinances prohibit discrimination based on protected classes including sexual orientation and gender identity. In dismissing the case, the judge argued the organizations could not prove any harm had happened after the local ordinances were approved.

James Bopp, the lawyer representing the three religious freedom groups, is fighting the judge’s dismissal of the case.

He said in a Monday news release that the local ordinances and Indiana’s Religious Freedom Restoration Act — commonly known as RFRA — “violate religious freedom, equal-protection, free-speech, and other constitutional guarantees.”

In 2015, Indiana lawmakers and then-Gov. Mike Pence passed RFRA. A public outcry that gained national attention followed, causing Pence and legislators to update the law days later to prohibit discrimination based on sexual orientation, gender identity and other instances, with exceptions for churches and other nonprofits. The changes also prevented the law from being used to override local ordinances with LGBT protections.

Bopp had told the Hamilton County judge that the religious freedom groups were subject to “grotesque stripping” of their religious rights by changes made to the state law following the national uproar over whether it could be used to sanction discrimination against gays and lesbians.

The Indiana Court of Appeals will decide what actions to take next on the groups’ appeals.