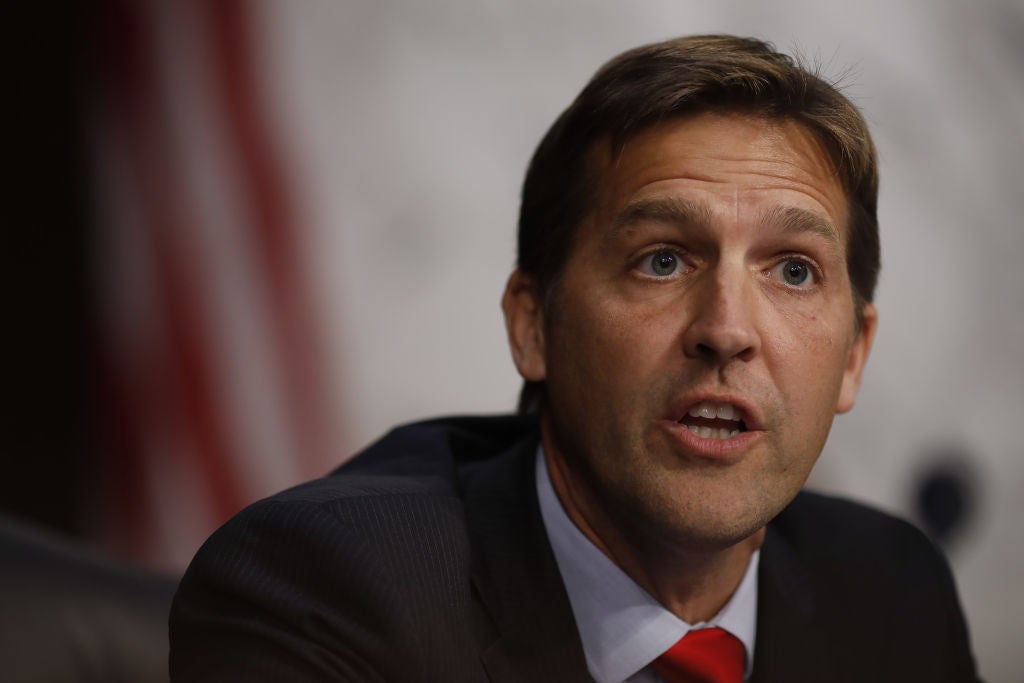 (CNN) — Divisions within the Republican conference spilled out once again Tuesday as GOP senators dismissed key pieces of their own leadership’s stimulus proposal not even a day after its release.

The revolt, which spans the ideological spectrum from conservatives to moderates in the conference, represents the latest challenge for Majority Leader Mitch McConnell as he seeks to salvage the GOP’s opening bid and begin negotiations with Democrats to get a deal before the August recess.

“It’s a mistake,” Sen. Ted Cruz, a Republican from Texas, said of the newest proposal. “I think we should be focused on reopening the economy not simply shoveling trillions of dollars out of Washington. I think this bill is the wrong approach.”

Sen. Ben Sasse, a Republican from Nebraska, declared Tuesday “there are a hundred problems with the plan.”

In particular, senators blasted the administration for including $1.75 billion in the bill to build a new FBI building.

Republicans pushed administration officials Tuesday during their private lunch as to why the money was included in the bill, which members argued wasn’t even related to coronavirus.

“I just don’t understand it. How is it tied to coronavirus? I never understood why we were giving money to the Kennedy Center or National Endowment for the Arts. During a pandemic, let’s concentrate on solving the problem,” Sen. Rick Scott, a Republican from Florida said.

“I don’t know why it’s in there either,” South Carolina Republican Sen. Lindsey Graham said.

McConnell himself said he opposed the inclusion of the FBI funds in the proposal, which GOP leadership unveiled on Monday. McConnell responded to reporters Tuesday by saying that he’s against “non-germane” provisions in the next stimulus and hopes that anything not directly related to COVID will be stripped out.

Asked about pushback from Senate Republicans to the proposal, McConnell acknowledged divisions within his conference, telling reporters at a post-lunch presser Tuesday “look, I think it’s stating the obvious that I have members who are all over the line on this.”

The reaction has been building for months. In most of May and June, the discussions between Republicans over how to tackle another stimulus bill raged behind closed doors. Republicans senators debated among themselves whether to give states and localities more flexibility in how they used stimulus dollars and whether to scale down enhanced unemployment benefits that were included in the CARES Act in the spring. But now with a proposal on paper, members aren’t holding back.

“I don’t want to see any new authorization of money,” Sen. Ron Johnson, a Republican from Wisconsin, said.

GOP Sen. Mike Braun of Indiana told reporters that he didn’t think he could support the bill in its current form.

“In my opinion, we need to get back to the Trump economy not the federal government trying to replace it,” Braun said.

Republican Sen. Pat Toomey of Pennsylvania said he’s “studying” the proposal, but has problems with a “number” of provisions.

“I’ll wait and see what the final product looks like, but I’m pretty skeptical about the way it seems to be shaping up,” Toomey said.

And it is not just budget hawks voicing their frustrations. With half a dozen Republicans up for reelection in tough races from Maine to Iowa, Republicans on the ballot argue that changes needed to be made to the GOP’s opening bid if they are going to back it.

“We’ve got a lot of negotiating to do,” Sen. Thom Tillis, a Republican from North Carolina up for reelection, told reporters. “There’s a number of things we’re negotiating.”

The disagreements complicate the negotiating position for Republican leaders and the White House as Democrats view the schism as an opportunity to extract more concessions from the GOP in upcoming negotiations.

“Not exactly our strongest hand,” one Republican senator put it.

The GOP plan, which was unveiled by a series of Republican chairmen and members of leadership on the Senate floor Monday night, includes new money for schools, liability protections for hospitals, restaurants and businesses and another round of direct stimulus payments to individuals and families. But disagreements over how to structure additional unemployment benefits and the inclusion of money for a new FBI building at the Trump administration’s behest has further eroded GOP support.

“It’s a starting point,” Sen. Rob Portman, a Republican from Ohio, said of the bill.

Several Republicans also expressed frustration that there was no new money for state and local governments included in the initial bill. That’s been a top priority for Democrats and GOP senators from states that have seen their budgets shrink as a result of shuttered businesses and declining sales tax revenues.

Republican Sen. Bill Cassidy of Louisiana said he wished there was more money for state and local governments even as he recognized the GOP bill is the beginning of negotiations, not the end.

“Obviously, I’ve advocated for more state and local and I think at the end of the day we will,” Cassidy said.

Sen. Lisa Murkowski, a Republican from Alaska, questioned whether there was enough funding for education in the bill. The GOP proposal included $105 billion for schools with $70 billion appropriated to go directly to K-12 education.

“Is anything enough money at this point?” she asked.

For now, it’s not clear how McConnell will bridge the divide. In order to pass anything and get legislation signed into law, McConnell will need Democratic votes. To get them, he’ll have to make changes that will lose him conservatives who are already balking at the $1 trillion price tag.

Meanwhile, Treasury Secretary Steve Mnuchin and White House chief of staff Mark Meadows have already began their preliminary conversations with Democratic House Speaker Nancy Pelosi and Senate Minority Leader Chuck Schumer. Those talks comes as Republican senators are uneasy about how Meadows and Mnuchin have negotiated with Democrats in the past.