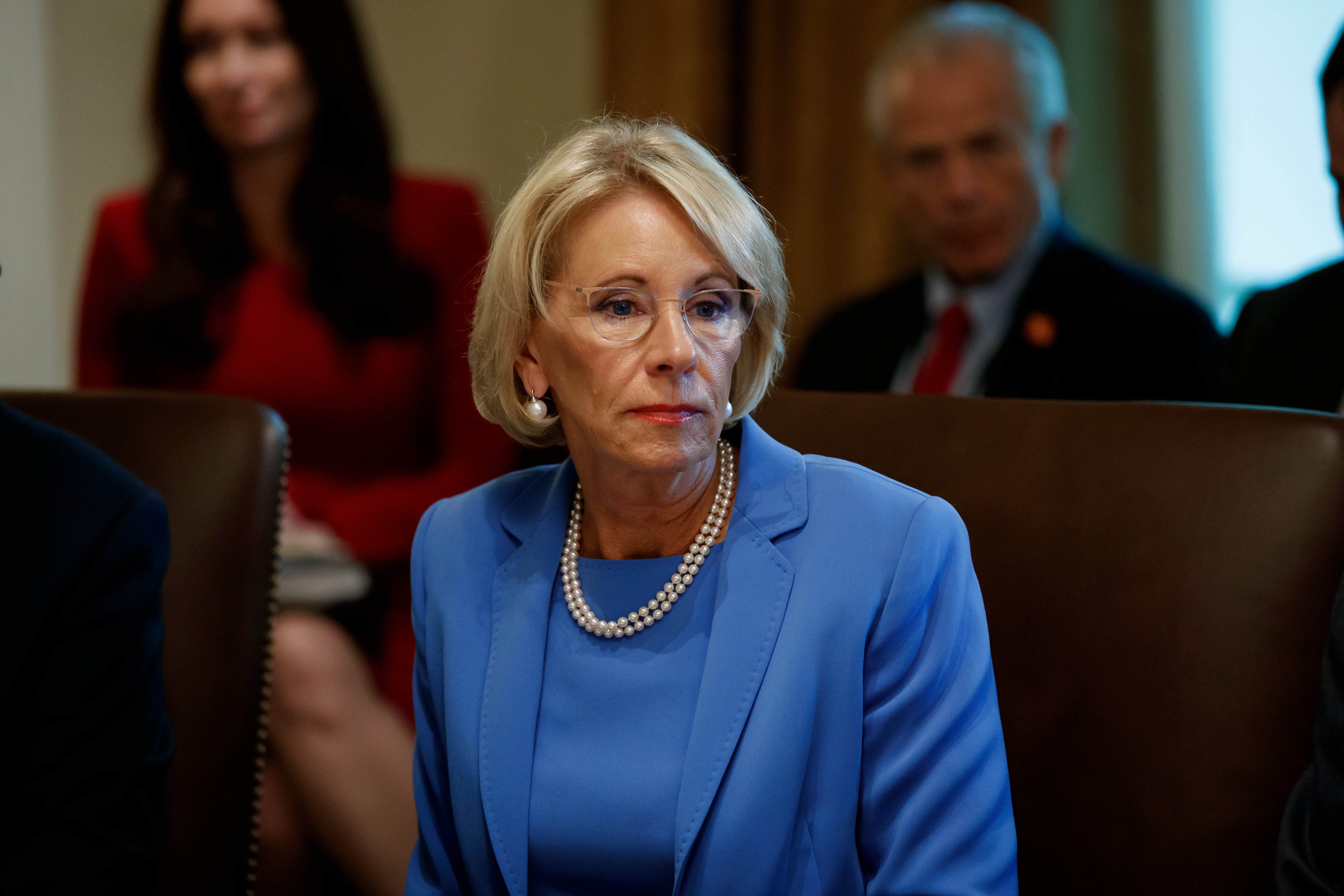 (CNN) — Senate Democrats are expected to force a vote in the coming days to overturn a Trump administration student loan forgiveness policy that they argue eliminates essential protections for defrauded students.

Sen. Dick Durbin of Illinois, the second-ranking Democratic leader, sponsored the Congressional Review Act resolution that would reverse the Trump policy, which was written by Education Secretary Betsy DeVos.

“We will have an opportunity here to debate and vote on a system that was put in place years ago to protect students from being defrauded by colleges they attend, it’s called the borrower defense program,” Durbin said on the Senate floor.

It’s not clear if Democrats can get enough GOP support to pass the measure, and it would be subject to a presidential veto even if they do.

The “borrower defense rule” was created under the Obama administration to forgive or cancel federal loans for students misled by colleges, specifically in response to Corinthian College’s shutdown, and to regulate the for-profit sector.

Many Democrats say the new Trump administration policy “gutted” protections for student borrowers. Those lawmakers include Rep. Susie Lee, a Democrat of Nevada, who backed the companion resolution that passed in the House of Representatives last month.

DeVos has been extremely critical of the Obama rule, arguing it’s a handout of “free money,” referring to how the rule allowed for group claims.

DeVos rewrote the rule, she said, to protect students but at the same time to ensure “if claims are false or students did not suffer financial harm, then hard working taxpayers, including those who scraped and saved to faithfully pay their own student loans should not have to pay somebody else’s student loans, too,” while testifying in front of the House Education Committee last December.

Many Republicans have spoken out in support of the DeVos rule, including Tennessee Sen. Lamar Alexander, the chairman of the Senate Education Committee, who told CNN the DeVos policy is “fair” and “protects taxpayers.”

“Not only does a single student have a chance to claim being misled, any student in that class or in that school with a similar circumstance would also have their loan forgiven,” Alexander said. “So, we could be talking about tens of billions of dollars of loss to taxpayers.”

“The problem with wiping away debt is it’s never really gone, you just pass the responsibility on to someone else,” Cornyn said on the Senate floor on Tuesday. “We see that concept, that mentality at play here today when it comes to this rule promulgated by the Trump administration that our friends across the aisle seek to reverse.”

Durbin’s measure utilizes the Congressional Review Act, a 1996 law that allows Congress to repeal a federal agency policy with a majority vote in both chambers, within 60 legislative days starting when they receive a rule.

Who would be affected?

Many students’ forgiveness claims remain in the backlog since DeVos took over.

“I currently owe almost $100,000 in student loans, for a degree that no one takes seriously,” Berkhalter said at a February news conference. “Whenever I told an employer at job interviews where I went, I was shown the door.

The large for-profit ITT Technical Institute closed all its more than 100 campuses in 2016, impacting over 40,000 students.

The House of Representatives passed the resolution’s counterpart earlier this year. Now, in order to pass the measure in the Senate, where Republicans hold a 53-47 advantage, Democrats need to garner enough support to meet a simple majority.

In reaction to its passage in the House, the White House Office of Management and Budget released a statement that if the joint resolution were presented to President Trump, his advisers would recommend he veto it.

Trump can veto the CRA, and it would have to get a two-thirds majority in each chamber to override the veto, an unlikely outcome.

Durbin told CNN he has confidence that a “few” of his Republican colleagues could vote.

Durbin contended that “it’s going to be an interesting challenge because the President doesn’t like to lose,” adding, “This is his secretary of education’s idea.”

The new Trump administration borrower defense rule will take effect July 1, according to the Education Department.