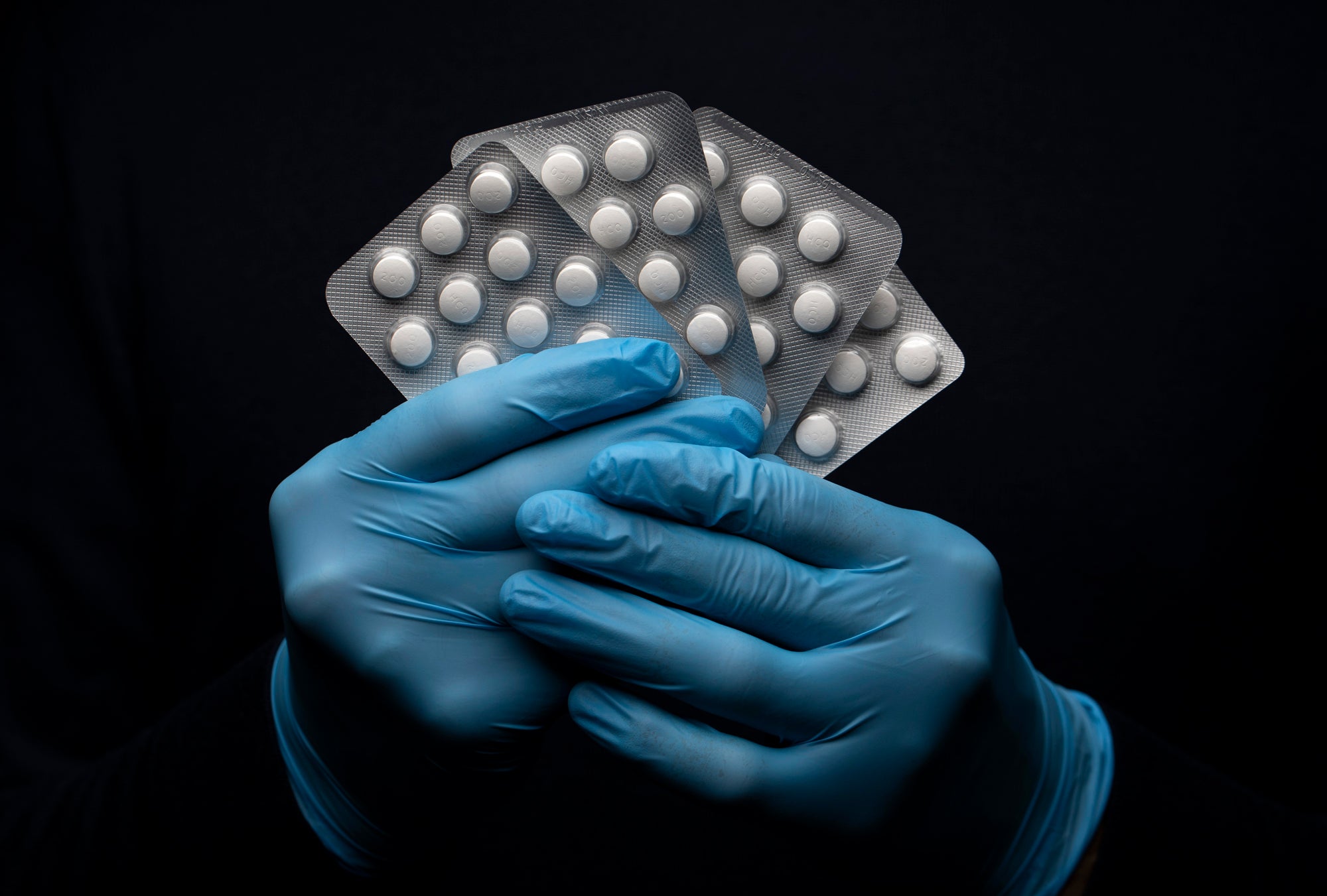 LONDON, UNITED KINGDOM - MARCH 26: In this photo illustration a pack of Hydroxychloroquine Sulfate medication is held up on March 26, 2020 in London, United Kingdom. The Coronavirus (COVID-19) pandemic has spread to many countries across the world, claiming over 20,000 lives and infecting hundreds of thousands more. U.S. President Donald Trump recently promoted Hydroxychloroquine, a common anti-malaria drug, as a potential treatment for COVID-19 when combined with the antibiotic azithromycin. “HYDROXYCHLOROQUINE & AZITHROMYCIN, taken together, have a real chance to be one of the biggest game changers in the history of medicine,” President Trump tweeted last week. (Photo by John Phillips/Getty Images)
by: Jon Passantino and Oliver Darcy, CNN Business
Posted: Jul 28, 2020 / 06:23 PM EST / Updated: Jul 28, 2020 / 06:23 PM EST

(CNN) — A video featuring a group of doctors making false and dubious claims related to the coronavirus was removed by Facebook, Twitter, and YouTube after going viral online Monday.

The video, published by the right-wing media outlet Breitbart News, featured a group of people wearing white lab coats calling themselves “America’s Frontline Doctors” staging a press conference in front of the US Supreme Court in Washington, DC.

President Trump shared multiple versions of the video with his 84 million Twitter followers Monday night despite the dubious claims running counter to his administration’s own public health experts. Spokespersons for the White House did not immediately respond to requests for comment.

During the press conference, a speaker who identifies herself as a doctor makes a number of dubious claims, including that “you don’t need masks” to prevent spread of the coronavirus, and that recent studies showing hydroxychloroquine is ineffective for the treatment of COVID-19 are “fake science” sponsored by “fake pharma companies.”

“This virus has a cure, it’s called hydroxychloroquine, zinc, and Zithromax,” the woman claims. “You don’t need masks, there is a cure.”

The claims run contrary to multiple studies on the anti-malarial drug and advice from public health officials to prevent spread of the virus.

The video quickly went viral on Facebook, becoming one of the top performing posts on the platform with more than 14 million views before it was taken down Monday night for promoting misinformation. It was shared nearly 600,000 times, according to Crowdtangle, a data-analytics firm owned by Facebook.

“We’ve removed this video for sharing false information about cures and treatments for COVID-19,” a Facebook spokesperson told CNN, adding that the platform is “showing messages in News Feed to people who have reacted to, commented on or shared harmful COVID-19-related misinformation that we have removed, connecting them to myths debunked by the WHO.”

The Facebook spokesperson later acknowledged on Tuesday afternoon that it took “several hours” for the company to enforce its standards and remove the video. The spokesperson said Facebook will conduct “a review to understand why this took longer than it should have.”

Twitter worked to scrub the video late Monday night after Trump shared versions of the video that amassed hundreds of thousands of views.

Twitter took action against the videos that Trump retweeted. By early Tuesday morning the videos were no longer able to be viewed on his account. Twitter also took action on a version of the video posted by Donald Trump Jr. and others shared by Breitbart News.

The video was also removed by YouTube, where it had been viewed more than 40,000 times. Users attempting to access the video late Monday were greeted with a message that said it had been removed for “violating YouTube’s Community Guidelines.”

A Breitbart spokesperson did not immediately respond to a CNN request for comment.

According to the website for America’s Frontline Doctors, the group is led by Dr. Simone Gold, a Los Angeles-based emergency medicine specialist who has previously been featured on Fox News for her views that stay-at-home orders are harmful. Gold told the Associated Press in May she wanted to speak out against stay-home orders because there was “no scientific basis that the average American should be concerned” about COVID-19.

America’s Frontline Doctors could not be reached for comment late Monday.

One woman featured in the video, identified as Dr. Stella Immanuel, is a Houston-based physician and founder of the Fire Power Ministries church. On her website and in sermons posted on YouTube, Immanuel has made strange medical claims, including that sex with “tormenting spirits” are is responsible for gynecological problems, miscarriages, and impotence.

“Many women,” she claimed in a sermon, “suffer from astral sex regularly. Astral sex is the ability to project one’s spirit man into the victim’s body and have intercourse with it.”

According to the Texas Medical Board database, Immanuel received her medical degree from a university in Nigeria in 1990 and practices medicine at a clinic in Houston. On her Facebook page, Immanuel says she was born in Cameroon and describes herself as “God’s battle axe and weapon of war.”

Immanuel did not immediately respond to a CNN request for comment. Her previous remarks were first reported Tuesday by The Daily Beast.

After the video featuring Immanuel’s false claims about coronavirus cures was removed from Twitter, the platform restricted Donald Trump Jr.’s ability to tweet over his posting of a copy of the video, calling it a “must watch,” a Twitter spokesperson told CNN.

Immanuel also responded, tweeting that Facebook’s computers would “start crashing” if it didn’t restore video clips of her speaking.

“Hello Facebook put back my profile page and videos up or your computers with start crashing till you do,” she tweeted. “You are not bigger that God. I promise you. If my page is not back up face book will be down in Jesus name.”

As of Monday, the virus has caused nearly 150,000 US deaths, according to Johns Hopkins University, and is on track to become a leading cause of death in the country. 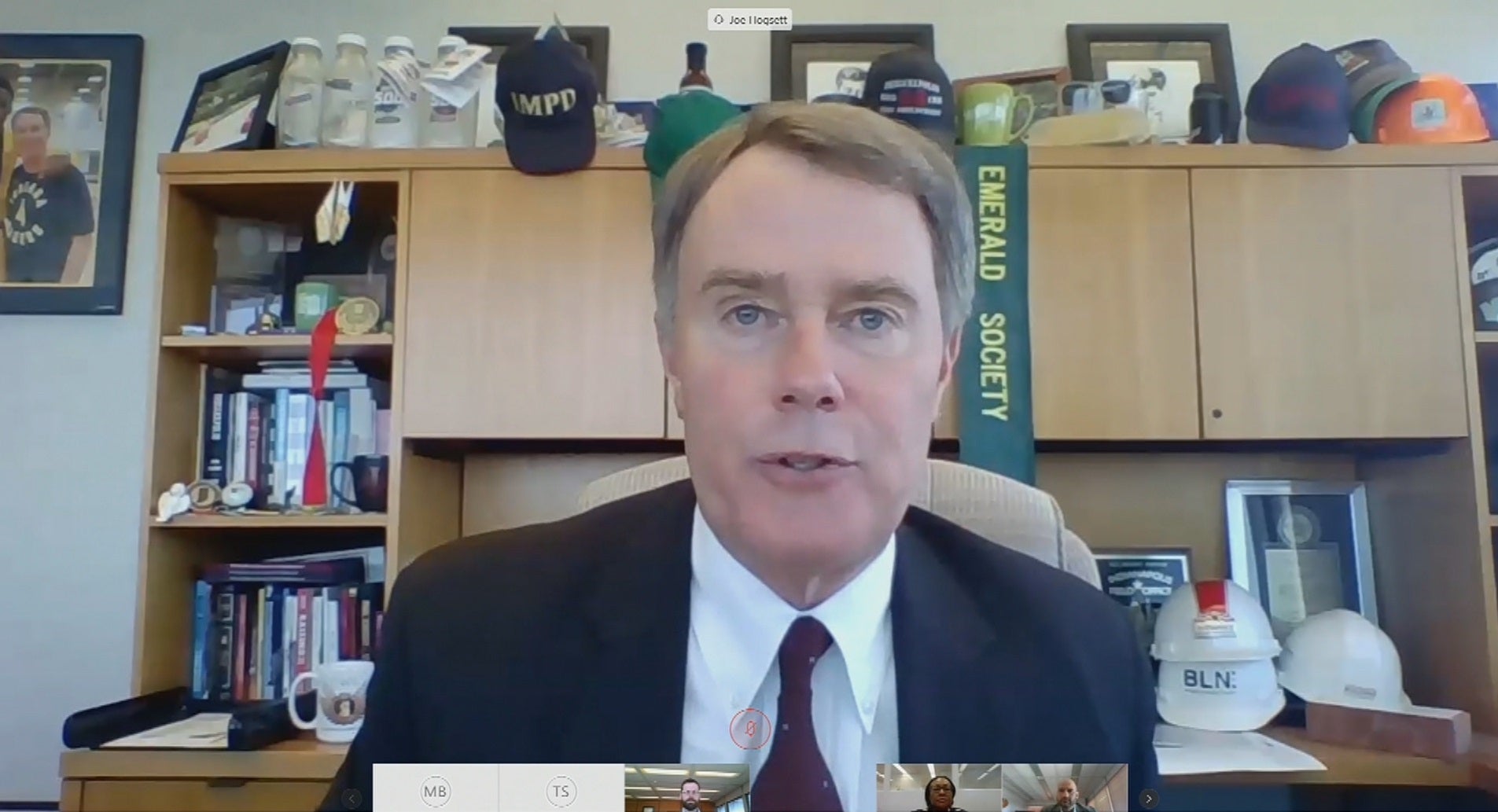