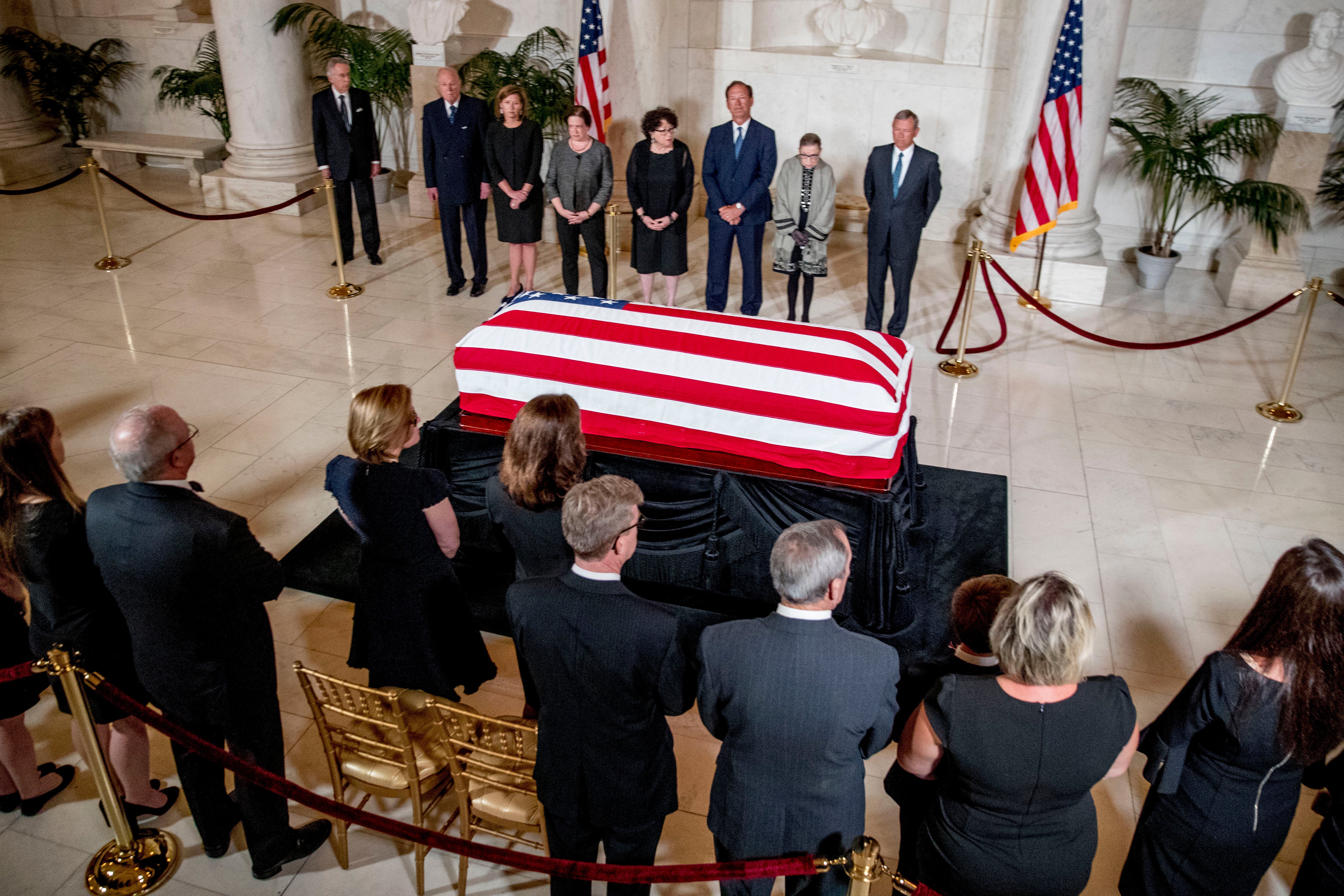 WASHINGTON (AP) — Retired Supreme Court Justice John Paul Stevens was remembered as a “brilliant man” with a “deep devotion to the rule of law” during a ceremony Monday at the court where he served for nearly 35 years.

The 99-year-old Stevens died last week after suffering a stroke. Justice Elena Kagan, who replaced Stevens on the court after he retired in 2010, spoke during a brief ceremony, calling Stevens modest and humble.

“He was a brilliant man with extraordinary legal gifts and talents which he combined with a deep devotion to the rule of law and a deep commitment to equal justice,” Kagan said.

In addition to Kagan, five of Stevens’ former colleagues were at the court to pay their respects. Chief Justice John Roberts and Justices Ruth Bader Ginsburg, Samuel Alito and Sonia Sotomayor attended the ceremony along with retired Justice Anthony Kennedy. Other justices were unable to attend because of prior commitments, court spokeswoman Kathy Arberg said.

President Donald Trump and first lady Melania Trump visited the court later in the morning. The two were greeted by Roberts and stood briefly before Stevens’ flag-draped casket as well as a portrait of Stevens.

Stevens will be buried Tuesday in a private ceremony at Arlington National Cemetery in Virginia, just over the Potomac River from Washington. Stevens, who served in World War II before going to law school at Northwestern University, will be laid to rest in a section of the cemetery where several justices are also buried .

Stevens was nominated to the court by President Gerald Ford in 1975. At first considered a centrist, Stevens came to be seen as a lion of liberalism. But Stevens himself rejected that characterization, describing himself as “pretty darn conservative.” Stevens’ view was that the court had shifted steadily to the right over the decades he was there, creating the illusion that he was moving leftward.

Stevens’ casket was brought to the court Monday morning and placed in the court’s Great Hall, in front of the courtroom. Supreme Court police officers carried his casket up the court’s steps, which were lined with Stevens’ former law clerks. Stevens’ family members, some of them wearing Stevens’ signature neckwear, a bowtie, were also present.

About 100 of Stevens’ clerks were taking turns standing watch over his casket as members of the public filtered by throughout the day. The group of men and women who started their careers working under Stevens includes several judges and lawyers who appear frequently before the Supreme Court.

We Stand Together / 55 mins ago