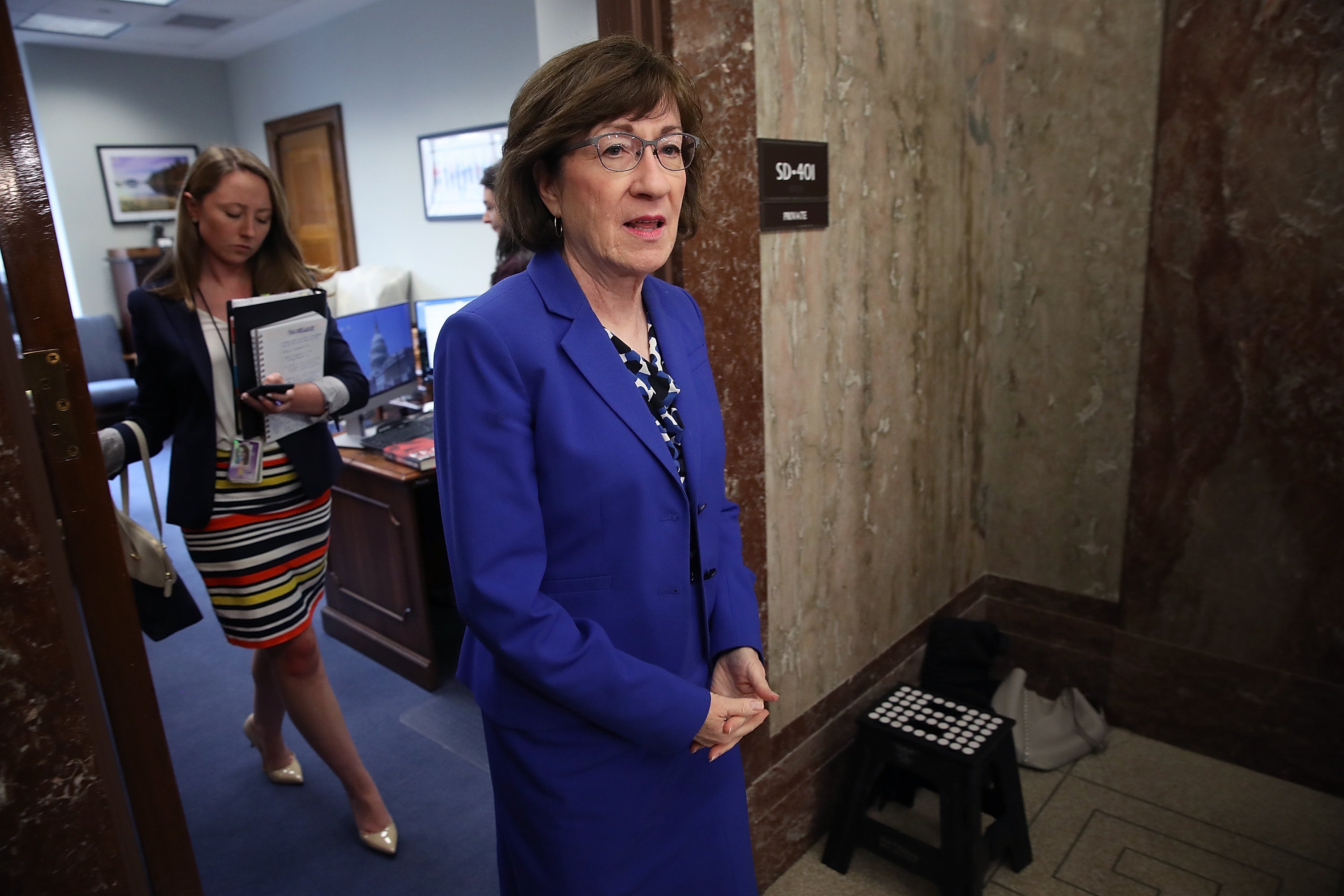 WASHINGTON, DC - SEPTEMBER 17: Sen. Susan Collins (R-ME) answers questions from reporters on allegations against Supreme Court nominee Brett Kavanaugh on Capitol Hill September 17, 2018 in Washington, DC. Collins said it is important to get both sides of the story in the allegations, but indicated if Kavanaugh is found to have been untruthful it would be grounds for disqualifying his nomination. (Photo by Win McNamee/Getty Images)
by: Manu Raju and Alex Rogers, CNN
Posted: Mar 4, 2020 / 05:43 AM EST / Updated: Mar 4, 2020 / 05:43 AM EST

(CNN) — GOP Sen. Susan Collins, who is up for reelection in Maine, would not say on Tuesday if she voted for President Donald Trump in her state’s primary.

She twice declined to answer the question.

“I already answered that question,” Collins told CNN when asked if she supported Trump’s reelection bid.

Collins’ spokesperson referred CNN to comments the senator made last Friday when she was asked if she is supporting Trump. But in that interview, she didn’t directly answer when asked if she backed the President’s 2020 bid.

“I have voted by absentee ballot, just to make sure that I voted,” Collins told WCSH in Portland, Maine. “And I would note that it’s on the Democratic side that there are eight candidates, and my likely opponent as well as the governor and many other Democratic officials have not said who they are going to choose in what is a contested Democratic ballot. I’m focused on my job and also on my own campaign, and I’m just not going to get involved in presidential politics.”

Maine state House Speaker Sara Gideon, who’s earned the backing of the Democratic Senatorial Campaign Committee and EMILY’s List in the Democratic Senate primary, had not made a public endorsement in the presidential primary before Tuesday. A Gideon spokeswoman told CNN the Senate hopeful voted for former Vice President Joe Biden on Tuesday. Another Democratic candidate, former Google executive Ross LaJeunesse, has not endorsed a candidate, while two others, lobbyist Betsy Sweet and attorney Bre Kidman, have endorsed Vermont Sen. Bernie Sanders.

While Collins has a close connection to her state — and overwhelmingly won her last race in 2014 — Democrats are hopeful that they can finally beat the four-term senator in 2020.

Collins is running for reelection in one of the most competitive Senate races in the country. In 2016, Democratic presidential candidate Hillary Clinton beat Trump statewide in Maine by three points, though Trump carried the state’s northern 2nd District by double digits in 2016, and was awarded an electoral college vote as the state splits its electoral college votes. Trump is expected to try to compete in the state again this year.

Collins did not vote for Trump back then, writing in the Washington Post that he “does not reflect historical Republican values nor the inclusive approach to governing that is critical to healing the divisions in our country.”

During Trump’s first term, she has proven to be both an ally and foe of the President’s goals. She supported the 2017 tax overhaul, provided a pivotal vote to confirm Brett Kavanaugh to the Supreme Court, and last month voted to acquit the President on the articles of impeachment, while criticizing his conduct with Ukraine. But she also help blocked the Senate’s vote to repeal the Affordable Care Act.