The Latest: Biden tells pope he hopes to work with him 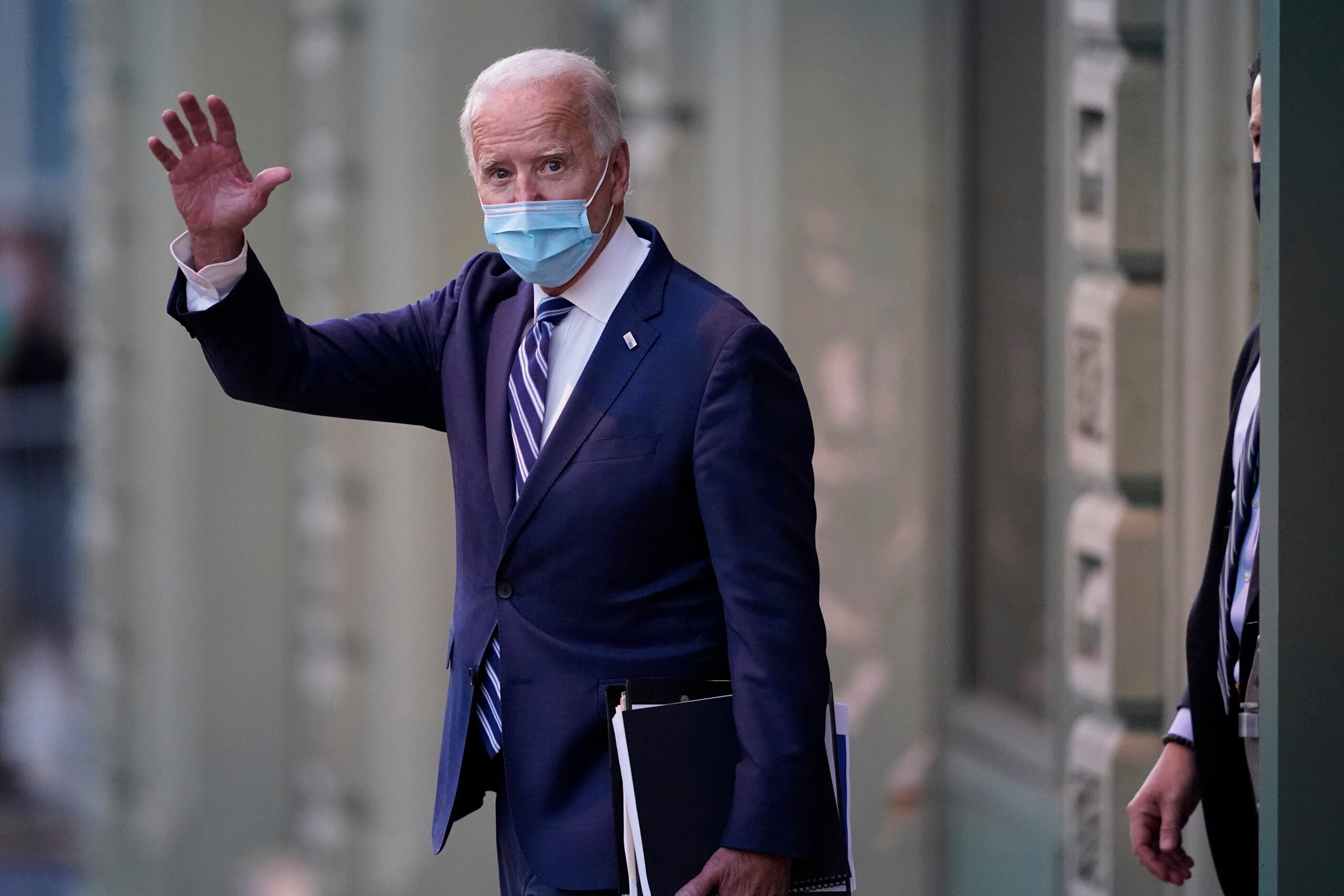 President-elect Joe Biden has spoken by phone with Pope Francis as he continues to talk with leaders around the world.

Biden’s campaign said in a statement that the president-elect thanked the pontiff for “extending blessings and congratulations and noted his appreciation” for Francis’ “leadership in promoting peace, reconciliation, and the common bonds of humanity around the world.”

Biden also said he’d like to work with the pope to further “a shared belief in the dignity and equality of all humankind on issues such as caring for the marginalized and the poor, addressing the crisis of climate change, and welcoming and integrating immigrants.”

Biden is just the second Catholic to be elected president in U.S. history, and the first after John F. Kennedy. He has spoken openly about the importance of faith in his life and attends Mass near his home in Wilmington, Delaware, nearly every week.

Trump adviser Corey Lewandowski has tested positive for the coronavirus.

Lewandowski recently traveled to Pennsylvania to assist Trump’s efforts to contest the state’s election results. He said Thursday he believes he was infected in Philadelphia and he’s not experiencing any symptoms.

Lewandowski appeared with Trump lawyer Rudy Giuliani at an event last Saturday outside a landscaping company and lobbed unfounded accusations of voter fraud as the race was called for Trump’s challenger, now-President-elect Joe Biden.

Lewandowski was also at the election night party at the White House last week linked to several virus cases.

Numerous White House and campaign officials have tested positive in this latest wave of infections, including Trump chief of staff Mark Meadows.

HERE’S WHAT YOU NEED TO KNOW ABOUT PRESIDENT-ELECT JOE BIDEN’S TRANSITION TO THE WHITE HOUSE:

President-elect Joe Biden says he’s not worried that President Donald Trump has broken with tradition by not letting him read the ultra-secret daily brief containing the nation’s most sensitive intelligence before inauguration. Biden says he can’t make national security decisions yet anyway so he doesn’t need it.

— Military wary that shakeup could upend its apolitical nature

The group of prominent former leaders founded by Nelson Mandela says President Donald Trump’s continued assertions of election fraud without any compelling evidence convey “a lack or respect” for the integrity of U.S. institutions and “could have far-reaching consequences.”

The group is known as The Elders. It said Thursday in a statement Trump “should follow the example set by his predecessors and declare himself willing to accept the verdict cast” by voters.

Former Irish president Mary Robinson chairs The Elders and says it’s “shocking to have to raise concerns about U.S. democratic processes” as the group has done in Kenya, Sri Lanka and Zimbabwe.

The group calls on Republican leaders “to act responsibly in the interests of their country by supporting a smooth transition” to Democrat Joe Biden’s presidency.

Trump has insisted without evidence the election was stolen from him even though Republican and Democratic election officials nationwide have said publicly the election went well and international observers confirm there were no serious irregularities.

Graham told Fox News Channel’s “Fox & Friends” on Thursday that Republicans need to counter a “tsunami of liberal money” flowing into Georgia ahead of the Jan. 5 runoff elections, which will determine whether Republicans or Democrats control the Senate. Democrats already control the House, and Democrat Joe Biden is the president-elect after beating President Donald Trump in their White House contest.