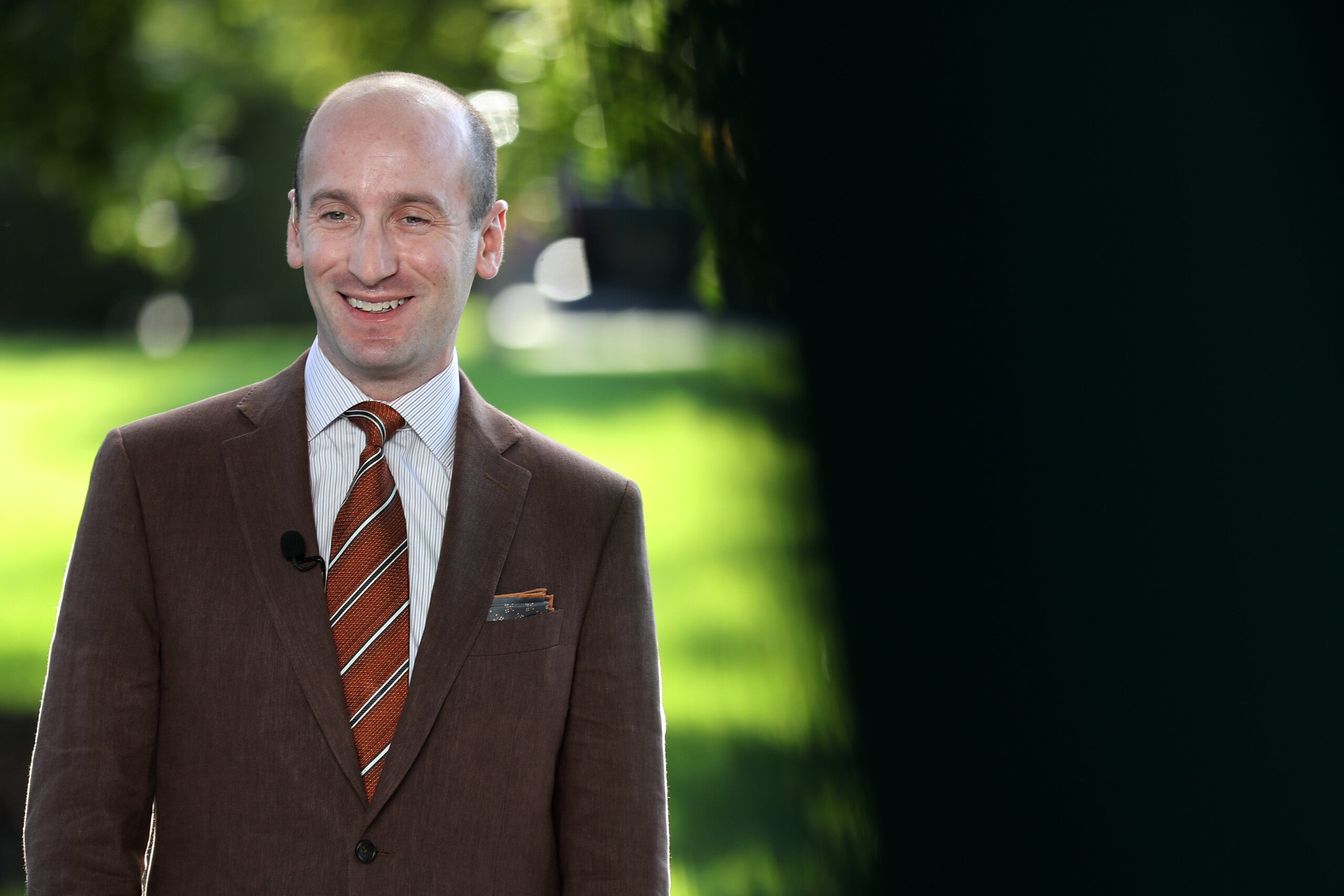 WASHINGTON, DC - AUGUST 20: White House Senior Policy Advisor Stephen Miller is interviewed on FOX News outside the West Wing of the White House August 20, 2020 in Washington, DC. Miller said that if Democrats are elected to Congress and the White House in November then all cities will defund their police departments and be turned over to violent criminals. (Photo by Chip Somodevilla/Getty Images)
by: Kaitlan Collins and Jim Acosta, CNN
Posted: Oct 6, 2020 / 07:30 PM EST / Updated: Oct 6, 2020 / 08:56 PM EST

(CNN) — Stephen Miller, a top policy adviser to President Donald Trump, has tested positive for coronavirus, he confirmed in a statement Tuesday.

“Over the last 5 days I have been working remotely and self-isolating, testing negative every day through yesterday. Today, I tested positive for COVID-19 and am in quarantine,” Miller said in a statement.

After working from home for several days, Miller showed up to work Tuesday and tested positive, a source familiar with what happened told CNN. He is the latest official caught up in an outbreak at the White House that has seen at least 10 others test positive. He’s also the latest member of the President’s team who prepped him for last week’s presidential debate to test positive.

Miller also traveled aboard Air Force One on a Minnesota campaign trip with Trump and Hicks. Officials have told CNN that Hicks began feeling sick while on the flight back to Washington after a fundraiser and campaign rally in the Land of 10,000 Lakes. She isolated in a separate cabin after she began displaying symptoms.

Miller’s wife, Katie Miller, is Vice President Mike Pence’s communications director. She already had coronavirus several months ago and tested negative again on Tuesday morning. She traveled with Pence to Salt Lake City ahead of the vice presidential debate scheduled for Wednesday, but left the trip Tuesday out of an abundance of caution, per an official.

Current US Centers for Disease Control and Pervention guidelines on possible reinfection state that people who recovered from COVID-19 may not need to be tested or quarantined for up to three months after their last positive test.

“There are no confirmed reports to date of a person being reinfected with COVID-19 within 3 months of initial infection,” the CDC guidance states. “However, additional research is ongoing.”

Stephen Miller’s diagnosis is likely to fuel new scrutiny of the White House’s decision to decline offers from the CDC to help investigate the outbreak at the complex and to begin contact tracing of those who attended events with the President.

“The White House has plans and procedures in place that incorporate current CDC guidelines and best practices for limiting COVID-19 exposure and has established a robust contact tracing program led by the White House Medical Unit with CDC integration,” White House spokesman Judd Deere said in a statement.

The outbreak is spreading throughout the West Wing. At least four press aides have tested positive and are working from home, in addition to a military aide assigned to the Oval Office and residence.

CNN reported Monday that a new aura of mistrust was settling in as several aides raised questions about whether they had been recklessly put in harm’s way over the past week.

As Trump returned home, a supply of medical gowns, goggles and respirator masks had been secured for use by his health and security teams — and potentially residence staffers — should they need to come into close proximity to the President.

Miller, who has become one the highest profile White House advisers in part because of his hardline immigration views, has championed the President’s message that the coronavirus pandemic doesn’t represent an outsized threat to the US.

CNN previously reported that Miller has led a push within the White House to limit immigration during the coronavirus pandemic, according to administration officials.

After the President’s April proclamation limiting green cards, Miller told allies in a phone call it was important to “turn off the faucet of new immigrant labor” to protect Americans’ jobs, according to a participant.

He has previously tried to use diseases, like influenza and the mumps, as grounds to tighten the border, The New York Times reported and confirmed by a former administration official.

This story has been updated with additional background and developments.