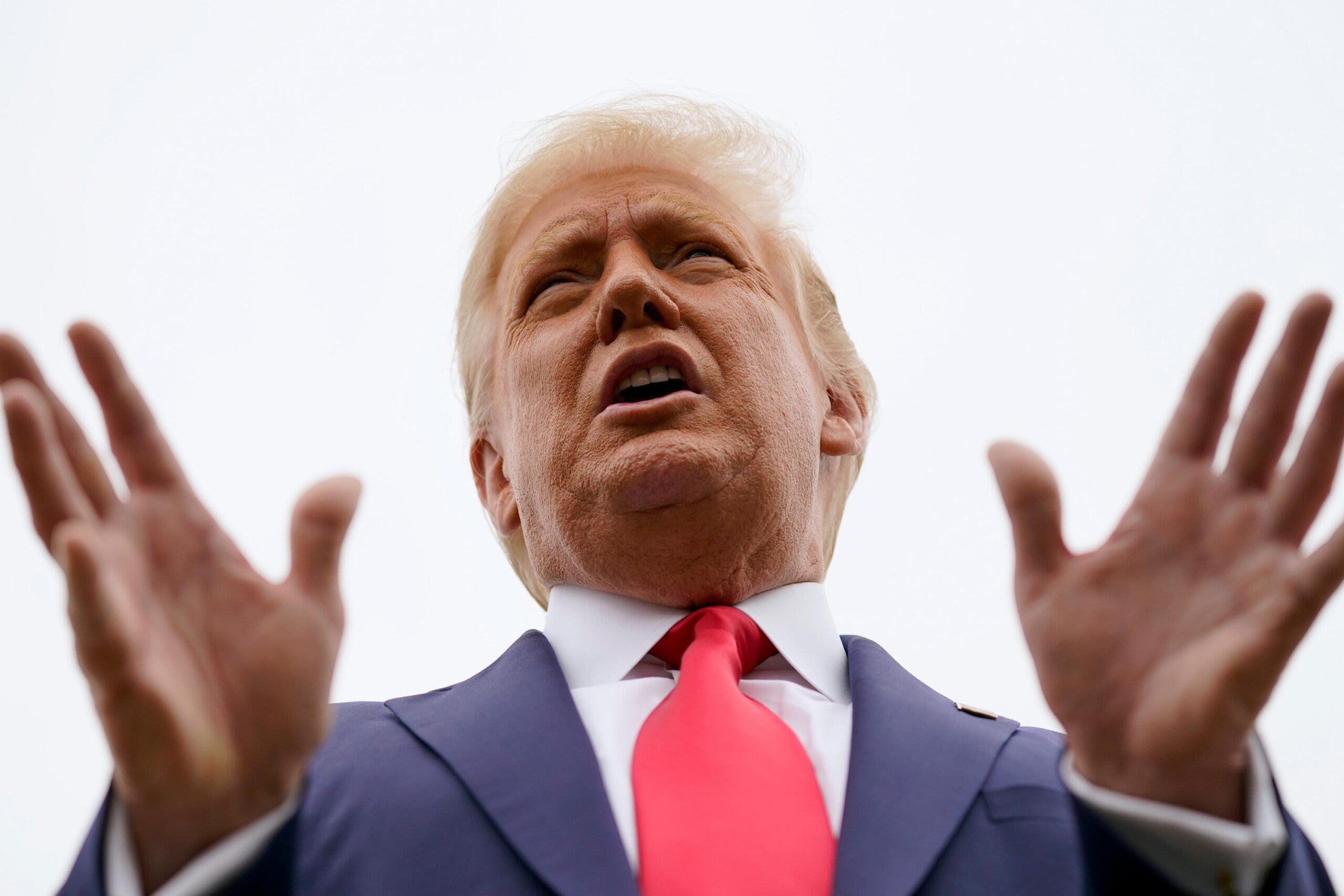 (CNN) — President Donald Trump and his doctor asserted Tuesday that an ambiguous trip to Walter Reed last year was not in response to a mini-stroke.

Trump “has not experienced nor been evaluated for” any strokes, mini-strokes or cardiovascular emergencies, Trump’s physician Dr. Sean Conley said in a statement distributed by the White House.

“The President remains healthy and I have no concerns about his ability to maintain the rigorous schedule ahead of him,” Conley said, adding the statement came at the request of Trump. “As stated in my last report, I expect him to remain fit to execute the duties of the Presidency.”

Earlier on Tuesday, Trump railed against those who have questioned his health, with an unprompted reference to a “series of mini-strokes.”

“It never ends! Now they are trying to say that your favorite President, me, went to Walter Reed Medical Center, having suffered a series of mini-strokes. Never happened to THIS candidate – FAKE NEWS,” he tweeted.

Trump then seemed to use his trip to Walter Reed, where Joe Biden’s son Beau died from brain cancer, as a way to question the Democratic nominee’s health, adding, “Perhaps they are referring to another candidate from another Party!”

The tweet comes following a new report in New York Times reporter Michael Schmidt’s book, out Tuesday, regarding Trump’s unexpected trip to Walter Reed last year. Schmidt reports that, in the hours before Trump’s trip, “word went out in the West Wing for the vice president to be on standby to take over the powers of the presidency temporarily if Trump had to undergo a procedure that would have required him to be anesthetized,” raising questions about the trip’s purpose.

Vice President Mike Pence on Tuesday disputed that he had been placed on standby during the visit, telling Fox News’ Bret Baier that “I’m always informed of the President’s movements — whether it was on that day or any other day, I’m informed. But there was no, there was nothing out of the ordinary about that moment or that day.”

When pressed on whether he had been placed on standby, Pence replied, “I don’t recall being told to be on standby. I was informed that the President had a doctor’s appointment,” adding that “part of this job is you’re always on standby, you’re vice president of the United States.”

The specific assertion that Trump had “mini-strokes” has not been verified or independently reported by reputable news outlets.

Unanswered questions remain surrounding the visit, which White House staff characterized in shifting descriptions at the time. Trump and then-White House press secretary Stephanie Grisham initially billed Trump’s visit as the first part of the President’s annual physical. But two days later, the President’s doctor described the hospital visit as an “interim checkup,” a term physicians told CNN implies a separate visit that is not part of an annual physical. The White House did not disclose what exam Trump underwent beyond having blood drawn.

Trump’s visit to Walter Reed last year did not follow the protocol of a routine presidential medical exam, a person familiar with the matter told CNN at the time. Typically, Walter Reed’s medical staff would get a general notice about a “VIP” visit to the medical center ahead of a presidential arrival, notifying them of certain closures at the facility.

Medical staff at Walter Reed did not get a staff-wide notice ahead of Trump’s arrival, per that source, indicating the visit was a non-routine visit and scheduled at the last minute.

This story has been updated to include reaction from Pence.

IPS Board Meetings / 26 mins ago