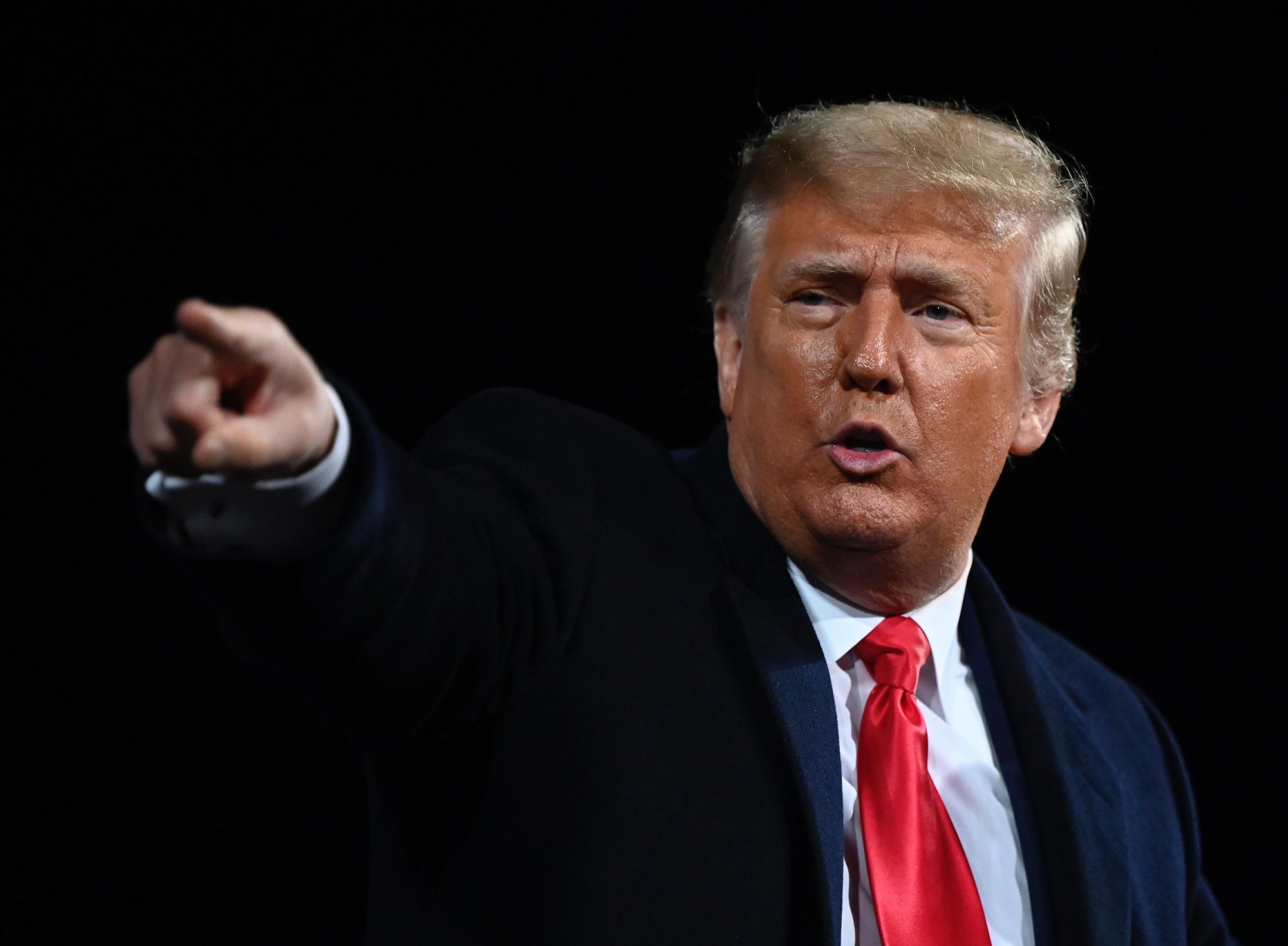 US President Donald Trump points at the end of a rally to support Republican Senate candidates at Valdosta Regional Airport in Valdosta, Georgia on December 5, 2020. - President Donald Trump ventures out of Washington on Saturday for his first political appearance since his election defeat to Joe Biden, campaigning in Georgia where two run-off races will decide the fate of the US Senate. (Photo by Andrew CABALLERO-REYNOLDS / AFP) (Photo by ANDREW CABALLERO-REYNOLDS/AFP via Getty Images)
by: Vivian Salama, CNN
Posted: Dec 10, 2020 / 01:20 PM EST / Updated: Dec 10, 2020 / 01:21 PM EST

(CNN) — Morocco has become the fourth country in the Middle East and North African region to agree to establish full diplomatic relations with Israel, an 11th-hour foreign policy achievement for the lame duck Trump administration as it seeks to shore up regional support for Israel as a countermeasure to Iranian aggression.

As part of the deal, the US announced that it “recognizes Moroccan sovereignty over the entire Western Sahara territory,” a huge win for Morocco’s government but one that compromises the position of the region’s indigenous Sahrawi population, which has long sounded alarms over unfair treatment and persecution by the government in Rabat.

“Another HISTORIC breakthrough today! Our two GREAT friends Israel and the Kingdom of Morocco have agreed to full diplomatic relations — a massive breakthrough for peace in the Middle East!” President Donald Trump said on Twitter Thursday.

Morocco was once home to one of the largest Jewish populations in the Middle East and North Africa, much of which fled to Europe and the US after Israel declared independence in 1948, leaving many Jews in Arab countries fearful for their safety. This move may encourage many Jewish Moroccans to visit their ancestral homeland as it now embraces Israel.

The move follows recent announcements by the United Arab Emirates, Bahrain and Sudan to establish diplomatic ties with Israel, deals largely brokered by the President’s senior adviser and son-in-law Jared Kushner and a team of negotiators.

Egypt and Jordan have longstanding diplomatic ties with Israel.

Efforts by Kushner to broker ties between Israel and Saudi Arabia have thus far fallen short, although Kushner, on a recent trip, was able to secure an agreement to allow Israeli commercial flights to use Saudi Arabian airspace.

The effort comes as the Trump administration looks to create a block of solidarity between Israel and several Arab countries as a means for countering Iranian aggression in the region. While the White House touts the deals as peace plans, none of these countries have been at war with Israel.

Morocco is nearly 4,000 miles away from Israel.

Significantly, the Trump administration’s recognition of Morocco’s sovereignty over the Sahara raises concerns that Washington is legitimizing the alleged oppression of its indigenous population.

The region located in Southern Morocco and stretching East into the Algerian desert, has been locked in a four-decade battle for sovereignty.

Known to some as “Africa’s last colony,” it has been the heart of ambitious development plans by the Moroccan government, which is seeking to boost investments, create jobs, and appease the indigenous Sahrawi population that has long sought independence.

Sahrawis, backed by the Polisario Front liberation movement, have since called for independence from the rest of Morocco, claiming that they are living under occupation.

In 1976, as Moroccan forces clashed with Polisario fighters in a bloody guerilla war, the rebel group and its supporters were virtually pushed out of the Western Sahara and into Tindouf, Algeria, where tens of thousands of people have lived in refugee camps to this day.

Officials with the Polisario maintain that the Moroccan government is looking to monopolize Western Saharan resources, while giving little back to the indigenous community. Fishing is a coveted industry in the region that employs more than 40,000 people in the Dakhla region alone. In 2011, a decision by the European Union parliament to cancel a $46 million deal allowing trawlers from EU countries to fish in Moroccan waters prompted the kingdom to immediately ban all European fishing boats from its shores.

While clashes between pro-autonomy activists and Moroccan forces still occur in spurts, the region has remained relatively calm since a 1991 UN-brokered ceasefire, with other regional conflict and turmoil often stealing the Polisario’s thunder.