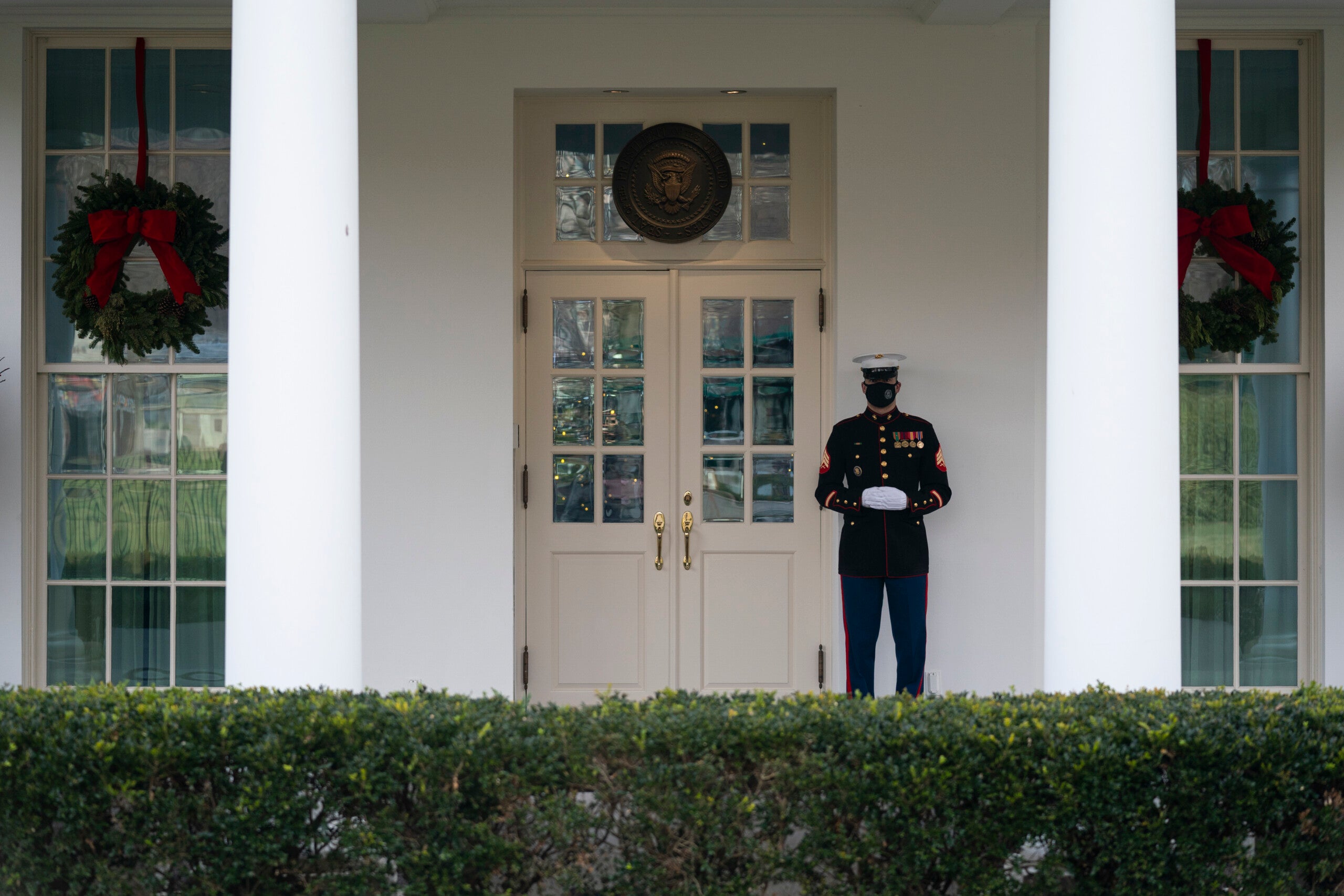 The meeting underscored Trump’s refusal to accept the reality of his loss and his willingness to entertain undemocratic efforts to overturn the will of the majority of American voters. Biden will be sworn in as president on Jan. 20.

With no credible legal options remaining and the Electoral College having confirmed Biden’s victory earlier this month, Trump is turning his attention to Jan. 6. That’s when Congress participates in a count of the electoral votes, which Biden won 306-232.

The count, required by the Constitution, is generally a formality. But members can use the event to object to a state’s votes.

Rep. Mo Brooks, R-Ala., said he organized Monday’s session with about a dozen House Republicans who are willing to challenge the results.

“President Trump is very supportive of our effort,” Brooks said in an interview late Monday.

With Democrats holding the House majority and several Republican senators now acknowledging Biden’s victory, any effort to block congressional approval of the election appears sure to fail. Senate Majority Leader Mitch McConnell has warned his members against taking such a step.

Sen. John Thune, the No. 2 Senate Republican, urged lawmakers to remember that an effort to block the election results in Congress was “just not going anywhere.”

“I mean, in the Senate, it would go down like a shot dog,” Thune told CNN. “I just don’t think that it makes a lot of sense to put everybody through this when you know what the ultimate outcome is gonna be.”

Still, Trump has continued to dangle the possibility of congressional intervention.

Brooks said Monday’s White House meeting was originally scheduled for about an hour, but lasted for three hours, with Trump participating for much of it. Other attendees including Trump’s personal lawyer, Rudy Giuliani, who has spent the weeks since the election promoting false claims of voter fraud.

Brooks said he also met with Vice President Mike Pence. As president of the Senate, Pence is to preside over the Jan. 6 session and declare the winner.

Brooks said the group is making plans to challenge the election results from Michigan, Wisconsin, Pennsylvania, Georgia and Nevada, all battleground states Biden carried. Brooks in particular has raised questions about the way state elections were conducted this year, with some having made changes to ballots and procedures during the pandemic. While the new procedures may have led to confusion in some states, state and federal officials have said there was no credible evidence of widespread fraud.

A range of nonpartisan election officials and Republicans have confirmed that there was no fraud in the November contest that would change the results of the election. That includes Attorney General William Barr, who on Monday said he saw no reason to appoint a special counsel to look into the president’s claims about the 2020 election. Trump has discussed doing so with some of his advisers.

Trump and his allies have filed roughly 50 lawsuits challenging election results, and nearly all have been dismissed or dropped. He’s also lost twice at the U.S. Supreme Court.

With no further tenable legal recourse, Trump has been fuming and peppering allies for options as he refuses to accept his loss.

On Jan. 6, a lawmaker can object to a state’s votes on any grounds. The objection will not be heard unless it is in writing and signed by both a member of the House and a member of the Senate.

If there is such a joint request, then the joint session suspends and the House and Senate go into separate sessions to consider it. For the objection to be sustained, both chambers must agree to it by a simple majority vote. If they disagree, the original electoral votes are counted.

The last time such an objection was considered was 2005, when Rep. Stephanie Tubbs Jones of Ohio and Sen. Barbara Boxer of California, both Democrats, objected to Ohio’s electoral votes by claiming there were voting irregularities. Both chambers debated the objection and rejected it. It was only the second time such a vote had occurred.

McConnell has told Senate Republicans that a dispute over the results in January would yield a “terrible vote” for Republicans. They would have to choose whether to back Trump or publicly buck him.