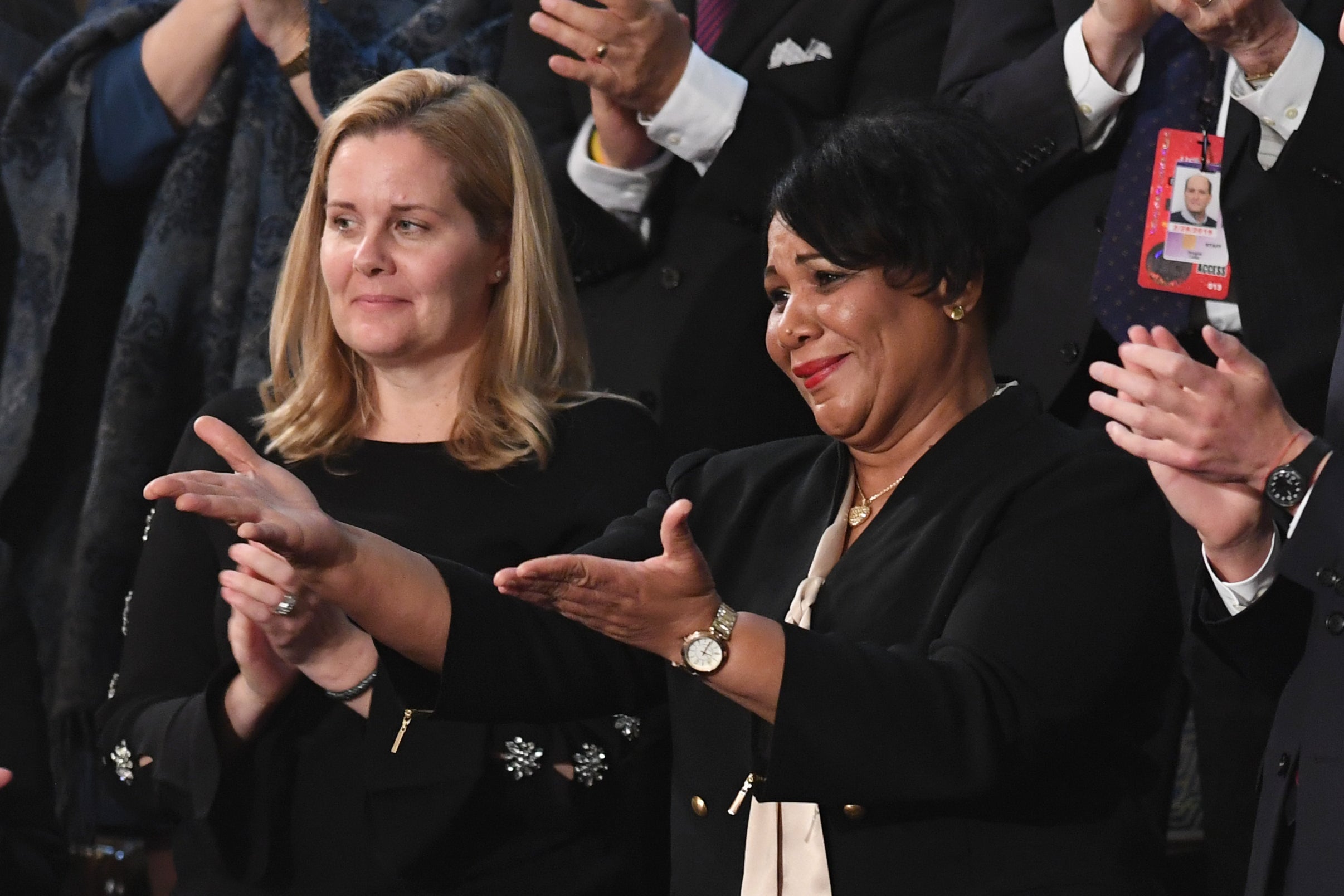 “We’re giving Alice a full pardon. I just told her,” Trump said in the Oval Office alongside Johnson on Friday afternoon. “That means you can do whatever you want in life. Just keep doing the great job you’re doing. Alice has done an incredible job since she’s been out, and recommending other people” to grant clemency.

In 2018, Trump granted Johnson, a first-time nonviolent drug offender, a commutation, a week after Kim Kardashian West pleaded her case for Johnson’s release during an Oval Office meeting with Trump.

Johnson had already served 21 years of a life sentence after she was convicted on charges of conspiracy to possess cocaine and attempted possession of cocaine.

Johnson said during her speech that Trump “saw me as a person.”

“It was real justice reform,” Johnson said of the First Step Act. “And it brought joy, hope and freedom to thousands of well-deserving people. I hollered, ‘Hallelujah!’ My faith in justice and mercy was rewarded. Imagine getting to hug your loved ones again. It’s a feeling I will never forget. And to think, this first step meant so much to so many.”

This is the second pardon the President has granted this week.

On Tuesday, Trump pardoned Jon Ponder, who used his time after prison for robbing a bank to create a reintegration program for former inmates.

Ponder’s pardon was taped at the White House and rebroadcast during the RNC.

Trump has granted clemency to more than two dozen individuals since taking office. Sometimes, the President has used the executive power after being swayed by celebrities, friends or insiders advocating for him to make the move. And frequently, he’s used the pardon power to make a political statement or to help out old friends.

More recently, Trump commuted Roger Stone’s prison sentence, after Stone, a longtime friend and former Trump adviser, had been convicted of crimes that included lying to Congress in part, prosecutors said, to protect the President.