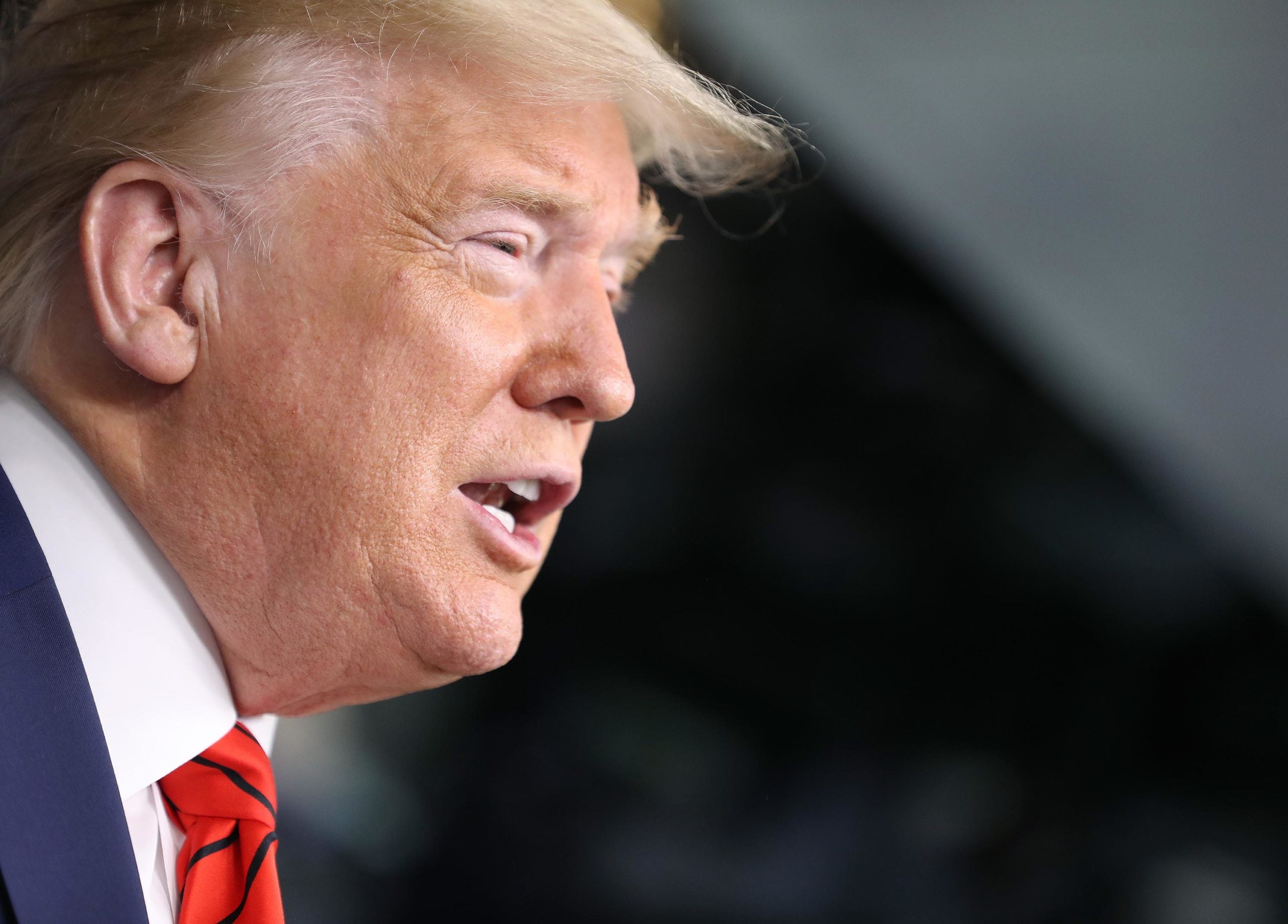 (CNN) — President Donald Trump invoked the Defense Production Act on Friday to require General Motors to produce more ventilators to deal with increased hospitalizations due to the spread of the novel coronavirus in the United States.

“Our negotiations with GM regarding its ability to supply ventilators have been productive, but our fight against the virus is too urgent to allow the give-and-take of the contracting process to continue to run its normal course,” said a statement from the White House. “GM was wasting time. Today’s action will help ensure the quick production of ventilators that will save American lives.”

The orders from the President came after talks between the administration, GM and Ventec Life Systems to produce thousands of ventilators had been put on hold amid internal concerns over the timeline and price tag of the agreement.

It also came after contradictory statements from the President, who has repeatedly claimed he was or was not using the powers granted him to in the Defense Production Act, which required aides to clarify on multiple occasions that he had not actually used the Korean War-era law yet.

In a coronavirus task force briefing on Thursday, Trump again contradicted himself and said he may decide not to invoke the act — despite the executive order.

“We thought that we had a deal with, as an example, General Motors and I guess they thought otherwise,” he said. “They didn’t agree, and now they do. They do agree and I think we might be able to pull it. We let them know the way we felt. They can’t be doing that.”

Trump said the administration would procure 100,000 ventilators in the next 100 days, amid fears that parts of the US are facing a looming shortage of the life-saving devices.

State leaders and hospital administrators have urged Trump to invoke the law for weeks as they have struggled to get their hands on ventilators and other scarce but critical medical supplies to treat coronavirus patients.

Michigan Gov. Gretchen Whitmer, New York Gov. Andrew Cuomo and Illinois Gov. J.B. Pritzker are among the state leaders who have been pressing the federal government to send them more ventilators in recent weeks.

A presidential memorandum issued Friday afternoon indicated that Trump has now directed Health and Human Services Secretary Alex Azar to use any authorities under the law to require GM to “accept, perform, and prioritize Federal contracts for ventilators.”

Invoking the act, however, will not likely affect how quickly GM can produce the complex machines.

The company announced earlier Friday it was still moving forward with efforts to make ventilators, despite the pause in talks with the White House. GM still has to retool its factories to be able to make ventilators, since it currently doesn’t produce them, and experts have warned they cannot be made quickly.

As of Friday morning, aides had been hopeful the two sides could come to an agreement without using the Defense Production Act. Hours before Trump announced he had invoked it, White House officials said there were no plans to do so.

In a statement after Trump issued the federal orders, General Motors said they and partner company Ventec have been “working around the clock for over a week” on a deal to build ventilators.

Even after issuing the memo on Friday, Trump suggested that threats against certain companies equated to enacting the law.

While signing a coronavirus aid package in the Oval Office, Trump said he “enacted the act, and we’ve used it three or four times, I pulled it back three times because the companies came through in the end.”

Trump also said during the signing that he “did activate” the act “with respect to General Motors and hopefully, maybe we won’t even need the full activation.”

“We will find out, but we need the ventilators,” he continued.

Earlier Friday, Trump launched a Twitter attack on GM and its CEO, Mary Barra, a frequent target of his ire.

“They said they were going to give us 40,000 much needed ventilators, ‘very quickly’. Now they are saying it will only be 6000, in late April, and they want top dollar. Always a mess with Mary B. Invoke ‘P’,” Trump tweeted, later clarifying that he was referring to the Defense Production Act.