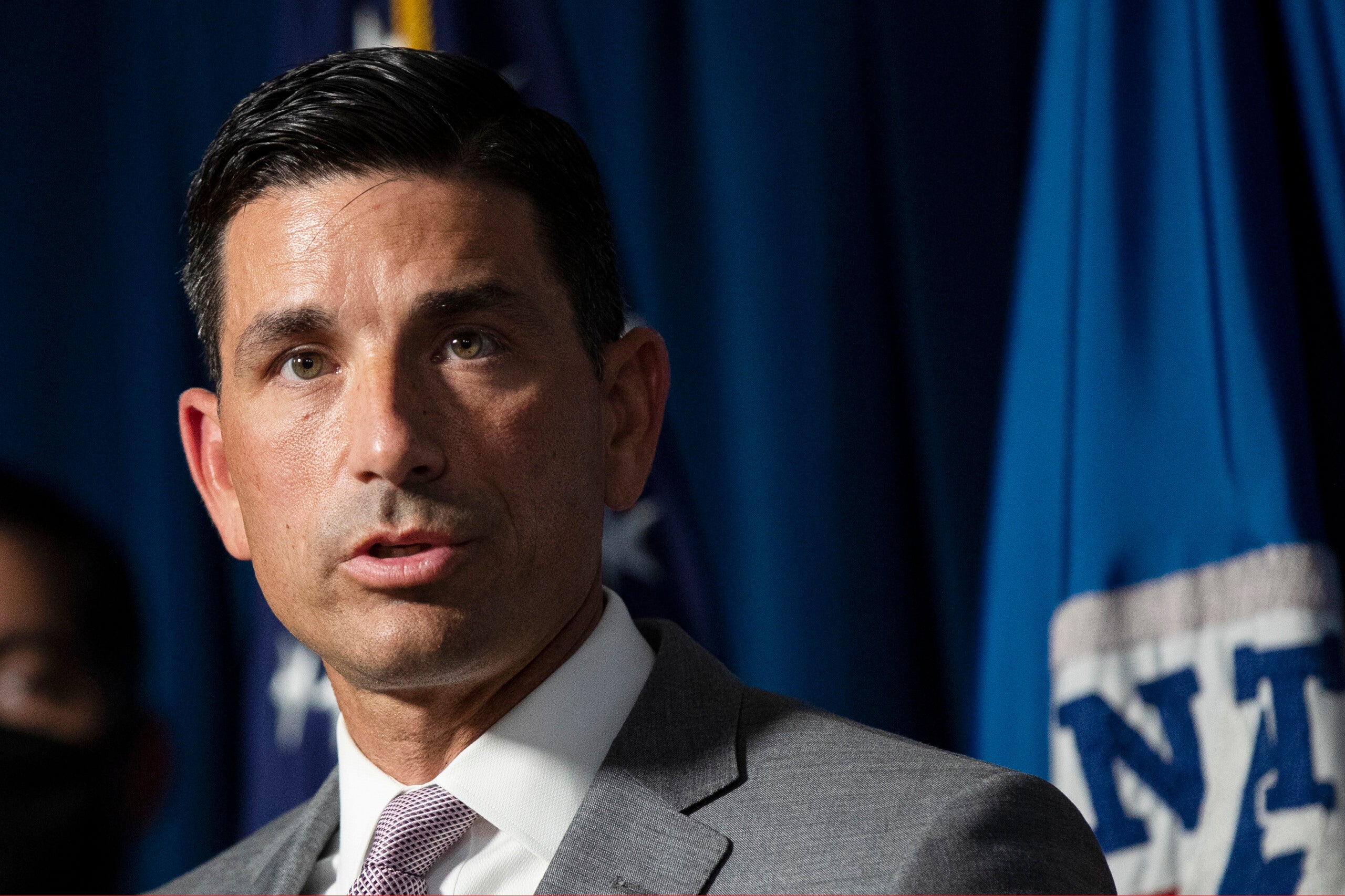 (CNN) — President Donald Trump announced in a Tuesday tweet he will officially appoint acting Homeland Security Secretary Chad Wolf to take over the role on a permanent basis.

“I am pleased to inform the American Public that Acting Secretary Chad Wolf will be nominated to be the Secretary of Homeland Security. Chad has done an outstanding job and we greatly appreciate his service!” Trump tweeted.

Wolf has been acting secretary since November 2019, following his Senate confirmation for under secretary for the Office of Strategy, Policy, and Plans.

The Government Accountability Office, a watchdog for Congress, said in a report earlier this month that his appointment and that of Senior Official Performing the Duties of the Deputy Secretary Ken Cuccinelli — the top two leadership roles at DHS — are invalid.

The department has disputed the GAO conclusion.

It was not immediately clear how the acting role would be filled during the confirmation process.