Trump’s campaign was trolled by TikTok users in Tulsa 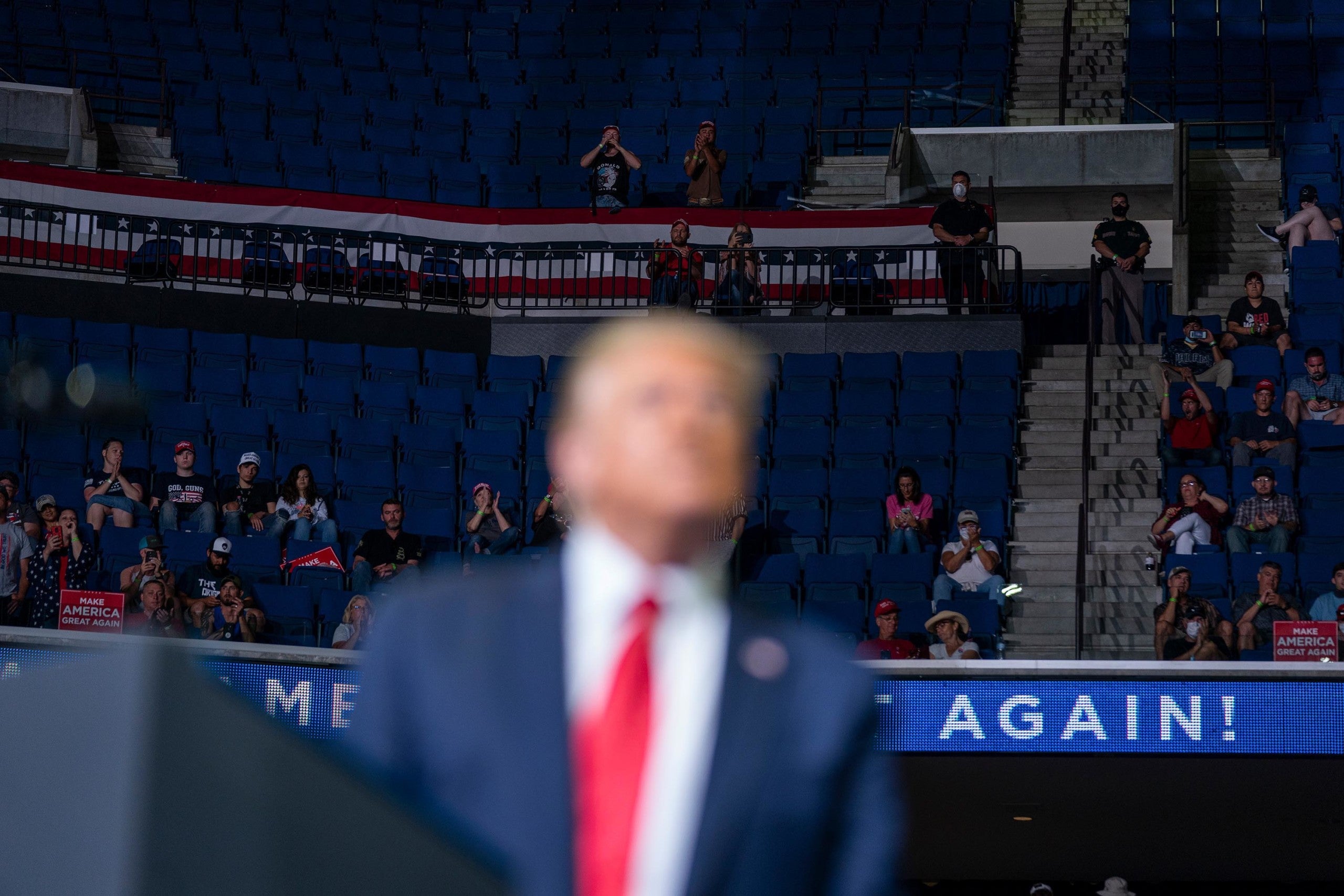 (CNN) — President Donald Trump didn’t fill his rally arena to the more than 19,000-person capacity Saturday night, despite bragging about 1 million RSVP’s to his Tulsa, Oklahoma, return to the campaign trail

Many of those who asked for tickets may have been trolling the President — in a stunt organized mainly through the social media platform TikTok.

Last week, Trump tweeted that “Almost One Million people requested tickets for the Saturday Night Rally in Tulsa, Oklahoma!” and one local official said they expected 100,000 to show up near the arena. But on Saturday, registered attendees didn’t fill Tulsa’s Bank of Oklahoma Center arena, which admitted rallygoers on a first-come, first-serve basis, and the Trump team abandoned plans for the President to speak to an “overflow” area outside the arena.

A coordinated effort was underway on TikTok in the days leading up to Trump’s Saturday rally, encouraging people to register online for the free event and not show up. TikTok is normally thought of as a platform for dancing teenagers and not, necessarily, political action.

A Trump campaign official pushed back on the suggestion such posts played a role in the turnout, telling CNN, “We had legitimate 300k signups of Republicans who voted in the last four elections. Those are not [TikTok] kids. It was fear of violent protests. This is obvious with the lack of families and children at the rally. We normally have thousands of families.”

While the TikTok effort seems to have overwhelmingly involved teens and other young people, Mary Jo Laupp, a 51-year-old grandmother living in Fort Dodge, Iowa, appears to have played a central role in encouraging people to go to Trump’s website, register to attend the event — and not attend.

“All of those of us that want to see this 19,000 seat auditorium barely filled or completely empty go reserve tickets now and leave him standing alone there on the stage,” Laupp told her then-1,000 or so followers on TikTok.

And then, alongside the choreographed dances, comedic dares and schoolyard pranks, the grandmother’s prompt became a challenge of its own. Inspired users began posting videos showing they too registered for the event. Similar posts on Instagram and Twitter clocked up thousands of likes.

One video, with more than a quarter of a million views, called on fans of South Korean pop music in particular to join the trolling campaign. Fans of the music, which is known as K-pop, are a force on social media — they posted over 6 billion tweets last year alone. And they have a history of taking action for social justice causes.

Laupp, who said she worked on former South Bend, Indiana, Mayor Pete Buttigieg’s campaign in Iowa last fall, told CNN she made the initial appeal when upset that the rally was originally set to take place on Juneteenth, the holiday commemorating the end of slavery in the United States.

The Trump campaign dismissed the effort last week. Erin Perrine, principal deputy communications director for the Trump campaign, told CNN on Tuesday, “Leftists do this all the time. They think if they sign up for tickets that will leave empty seats. Not the case at all. Always way more ticket requests than seats available at a rally. All they are doing is giving us access to their contact information.”

On Saturday night, as images showed empty sections of the BOK Center, Laupp and young people on TikTok celebrated. “Gen Z is unstoppable,” one young person wrote on TikTok.

Steve Schmidt, a Republican strategist who managed John McCain’s 2008 presidential campaign, tweeted, “The teens of America have struck a savage blow against @realDonaldTrump. All across America teens ordered tickets to this event. The fools on the campaign bragged about a million tickets. lol.”

TikTok, owned by a Chinese company, has previously caught the attention of US lawmakers.

Last year, Sens. Chuck Schumer and Tom Cotton urged the US intelligence community to assess the national security risks of TikTok and other Chinese-owned platforms.