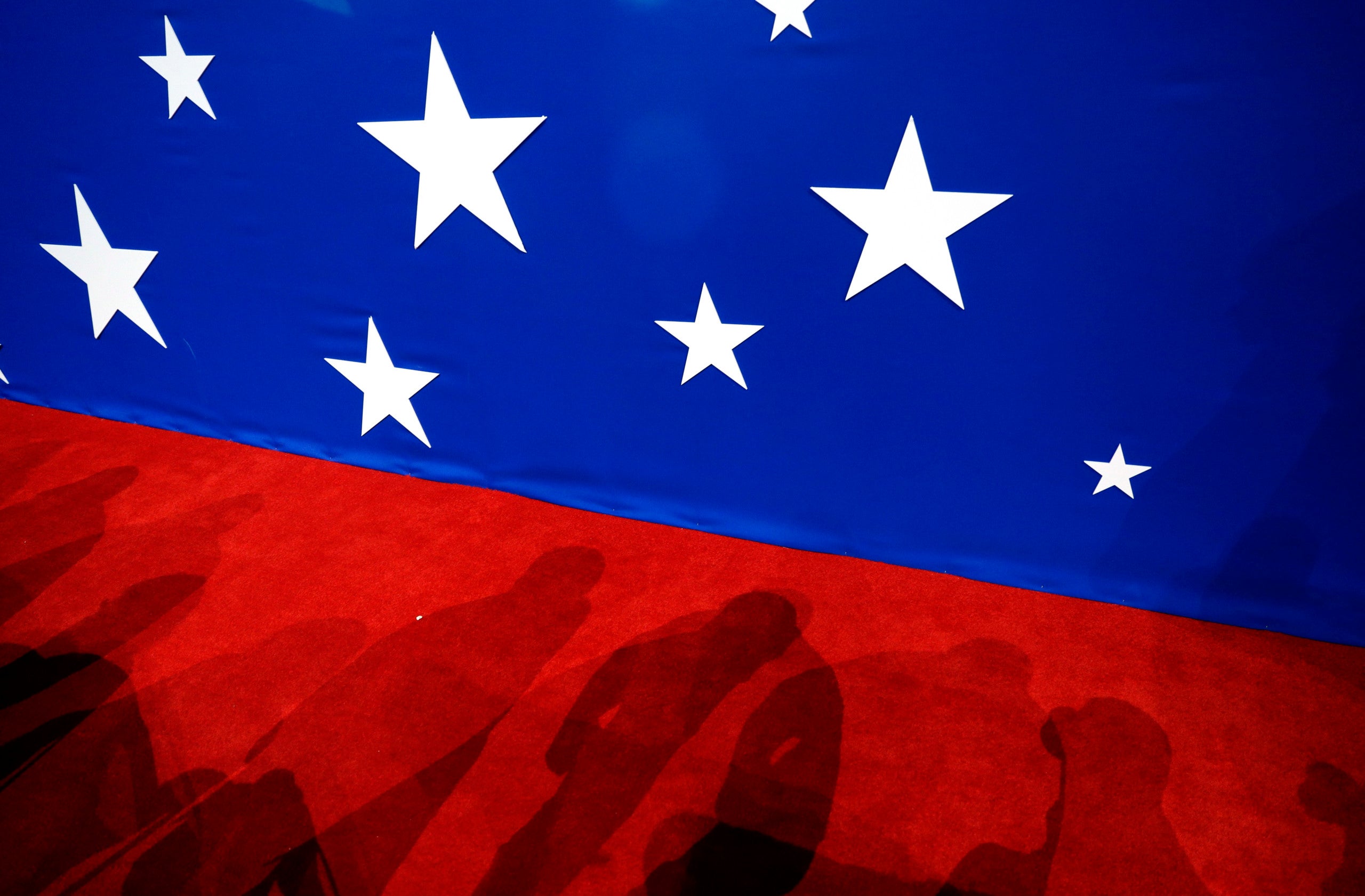 FILE - In this July 19, 2016 file photo, the shadow of delegates are seen on the convention floor during the second day of the Republican National Convention in Cleveland. The Republican National Committee is sharply restricting attendance on three of the four nights of its convention in Jacksonville, Florida, next month as coronavirus cases are spiking in the state. (AP Photo/John Locher)
by: ZEKE MILLER, Associated Press
Posted: Jul 16, 2020 / 02:51 PM EST / Updated: Jul 16, 2020 / 02:51 PM EST

The Republican National Committee announced Thursday that it is sharply restricting attendance on three of the four nights of its convention in Jacksonville, Florida, next month.

As the GOP looks for ways to move forward while coronavirus cases are spiking in the state, party leader Ronna McDaniel said in a letter to RNC members that only the roughly 2,500 regular delegates to the convention would be permitted to attend the first three nights. Delegates, their guests and alternate delegates would be allowed for the final night, Aug. 27, when Trump is set to deliver his acceptance speech.

The GOP already was forced to move most of the convention from Charlotte, North Carolina, after local officials ruled out a full-capacity crowd during the pandemic.

“When we made these changes, we had hoped to be able to plan a traditional convention celebration to which we are all accustomed,” McDaniel said. “However, adjustments must be made to comply with state and local health guidelines.”

In recent weeks, Florida has seen significant increases in confirmed cases. Jacksonville has instituted a face-covering mandate and the state is limiting gatherings to 50% of a venue’s capacity.

The convention notice comes as Trump aides and allies have increasingly questioned whether the event is worth the trouble; some advocate scrapping it. Conventions are meant to lay out a candidate’s vision for the coming four years, not spark months of intrigue over the health and safety of attendees, they have argued.

In the end, the decision about whether and how to move forward will be Trump’s.

Thursday’s announcement was expected to reduce the number of attendees — even regular delegates — who make the trip to Jacksonville, in most cases spending thousands of dollars out of their own money to attend a convention that will lack many of the traditional festivities. Already some had been having second thoughts about going, given that some states have imposed 14-day quarantine orders on people returning from virus hots pots such as Florida.

The RNC was working to determine a programming lineup for the event. McDaniel said the convention was planning to use indoor and outdoor spaces. GOP officials said the marquee evening program, including Trump’s speech, was expected to take place outdoors to accommodate the largest crowd possible.

The GOP will be providing on-site temperature checks and face-coverings, and will have COVID-19 testing available for attendees.

“We can gather and put on a top-notch event that celebrates the incredible accomplishments of President Trump’s administration and his re-nomination for a second term — while also doing so in a safe and responsible manner,” McDaniel wrote.

The formal business of the renominating Trump will still take place in Charlotte, but with a far smaller group of delegates casting proxy votes.

Democrats will hold an almost entirely virtual convention Aug. 17-20 in Milwaukee using live broadcasts and online streaming, according to party officials. Joe Biden plans to accept the presidential nomination in person, but it remains to be seen whether there will be a significant in-person audience there to see it.