US, Iran ratchet up military activity ahead of Soleimani killing anniversary 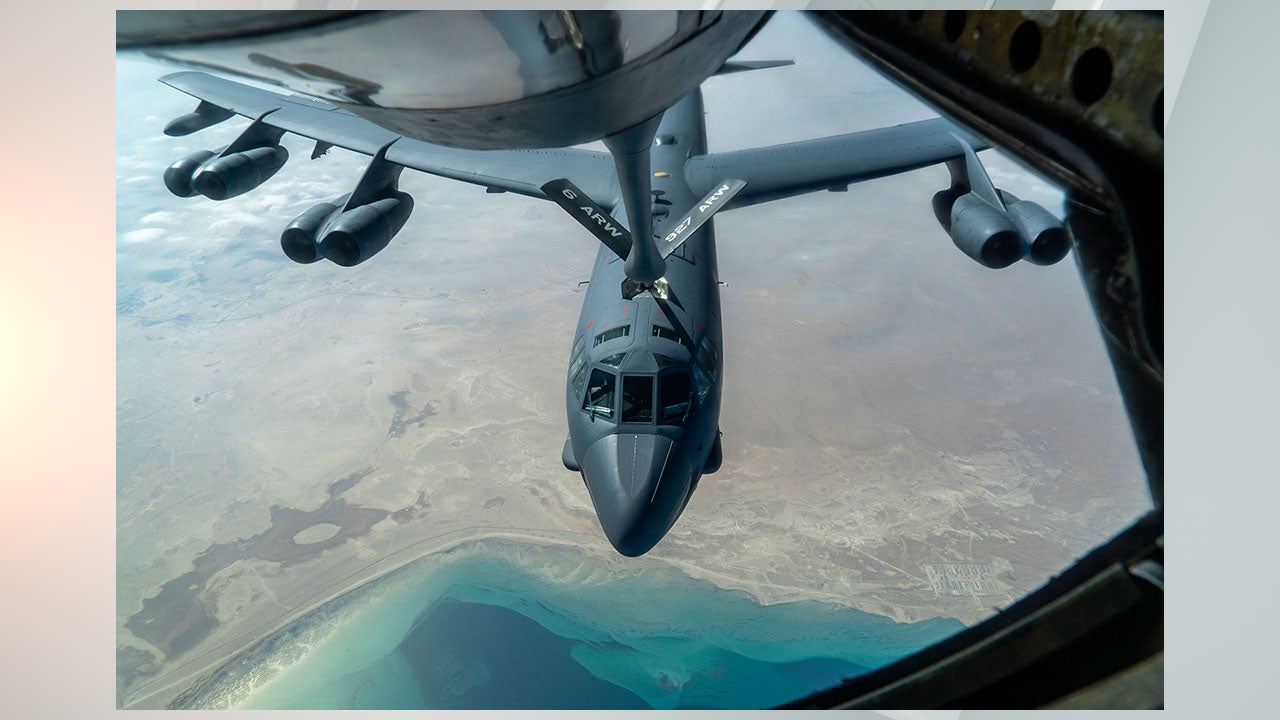 (CNN) — The United States and Iran charged each other with ratcheting up tensions in the Persian Gulf as concerns about potential conflict build days before Iran marks one year since the U.S. assassinated its most powerful military figure and less than three weeks before President-elect Joe Biden takes office.

Iran appealed to the UN Security Council on Thursday to stop the U.S. from conducting what it called heightened “military adventurism” in the Gulf and the Oman Sea, including dispatching nuclear-capable bombers to the region, declaring that it did not want conflict but would defend itself if necessary.

Meanwhile, a U.S. official with direct knowledge of the latest intelligence told CNN Friday that some Iranian maritime forces in the Gulf ramped up their readiness levels in the last 48 hours. Earlier this week, defense officials told CNN new intelligence showed Iran has been moving short range ballistic missiles into Iraq.

The quickening military activity is matched by rhetoric. The head of Iran’s elite Quds military force suggested Friday that retaliation for U.S. crimes may come from “people from your own house.” President Donald Trump, who reportedly asked for military options to deal with Iran in November, tweeted last week that he will “hold Iran responsible” should any Americans be killed.

The drumbeat of veiled threats, public messaging and military posturing has quickened in the days before the January 3 anniversary of the assassination of Gen. Qasem Soleimani, a date that U.S. officials fear Iran may mark by striking back.

Those concerns come as some analysts in Washington speculate Trump could trigger a conflict with Iran to distract from his failing, baseless attempts to overturn his election loss and to complicate his successor’s plans for the region. “I’m genuinely concerned that the President could be thinking about saddling President-elect Biden with some kind of military operation on his way out the door,” said Tom Nichols, an international affairs expert who teaches at the U.S. Naval War College.

Iran’s Foreign Minister Javad Zarif himself charged Thursday that Trump is creating a pretext for war.

All this is playing out as Biden prepares to enact his own policies after his Jan. 20 inauguration. The President-elect wants to ease Trump’s “maximum pressure” campaign against Tehran, resume engagement and return to the Iran nuclear deal, all steps that hawks in the Trump administration vehemently oppose — and all reasons, some analysts say, that if Iran conducts any kind of attack, it would be carefully calibrated.

“Iran represents a real threat to U.S. national security, particularly during this period of heightened risk due to the upcoming anniversary of the Soleimani assassination,” said Sam Vinograd, a former National Security Council official and CNN analyst.

However, Vinograd added, “I do think Iran will calibrate any attack associated with this anniversary because they do not want to box themselves in ahead of Biden coming into office and ostensibly restarting nuclear negotiations that would lead to the lifting of sanctions.”

On Friday, Russia’s ambassador to the International Atomic Energy Association announced Iran would increase its uranium enrichment to levels it achieved before the 2015 nuclear deal — a step that will likely be seen as another provocation.

As the clock ticks down to Jan. 3, Vinograd noted, “There is a lot of saber rattling going on.”

Soleimani’s successor on Friday marked the death of the former Quds Force commander’s death by pledging that “those who took part in this assassination and crime will not be safe on earth. It’s definite.” Gen. Esmail Ghaani told the crowd gathered for a ceremony marking Soleimani’s death that “what they have seen so far have been just some part of revenge, but they should wait for hard revenge. The time and place will be determined by the dear Resistance Front forces.”

Calling Trump a “foolish man” under the sway of Israel and Saudi Arabia, Ghaani warned that “it’s possible, even from inside your own house, there may emerge someone who will retaliate for your crime.”

Nichols told CNN that tensions are climbing at a time when Trump has fired senior civilian leaders at the Pentagon, replacing them with acting officials “who really don’t answer to anybody but Donald Trump.”

Nichols also referred to complaints by Biden and his national security team that the Pentagon transition team is not adequately briefing them, including on U.S. force posture overseas and what threats the U.S. faces.

“Because there is no transparency and because we simply have no way of knowing what the President is up to, I think that should raise some concerns,” Nichols said.

Vinograd raised another concern, telling CNN, “Trump and members of his team have fabricated or twisted intelligence, including on Iran to suit personal or political objectives. It is no secret that striking Iran has been on President Trump’s bucket list for some time and with 19 days to go, he may want to go out with a bang.”

Nichols noted that “Iran is a real problem. I mean, the President may well have to do something. … The problem here is that Donald Trump, given the way he’s governed for four years, simply has not earned the benefit of the doubt on these kinds of actions.”

Iran appealed to the United Nations Secretary General to help ease tensions Thursday, asking that the U.S. be made to abide by international law and stop “destabilizing” such a “volatile region as the Persian Gulf.”

The letter from Iran’s ambassador to the UN cited the U.S. dispatch of advanced weaponry to the region. The Defense Department sent nuclear-capable B52 bombers to the region on Wednesday, after earlier announcing the transit of a nuclear submarine through the Gulf.

The U.S. also currently has multiple surface warships in the Persian Gulf capable of firing Tomahawk missiles and 40,000 to 50,000 U.S. military personnel spread out across the region, though many are not in direct combat roles, according to the Pentagon.

The Iranian letter said that while “Iran does not seek conflict, our ability and resolute determination to protect our people, to defend our security, sovereignty, territorial integrity and vital interests as well as to respond decisively to any threat or use of force against Iran must not be underestimated.”

The U.S. official with direct knowledge of the latest intelligence said some Iranian maritime forces in the Persian Gulf have raised their readiness levels in the last 48 hours, adding that it’s not clear if the moves are defensive or are signals of a pending attack against U.S. interests.

The official said the U.S. does not believe the Iranian maritime moves are typical of training at sea.

CORRECTION: An earlier version of this story incorrectly stated the B-52 bombers dispatched to the region were nuclear armed. They are nuclear-capable.