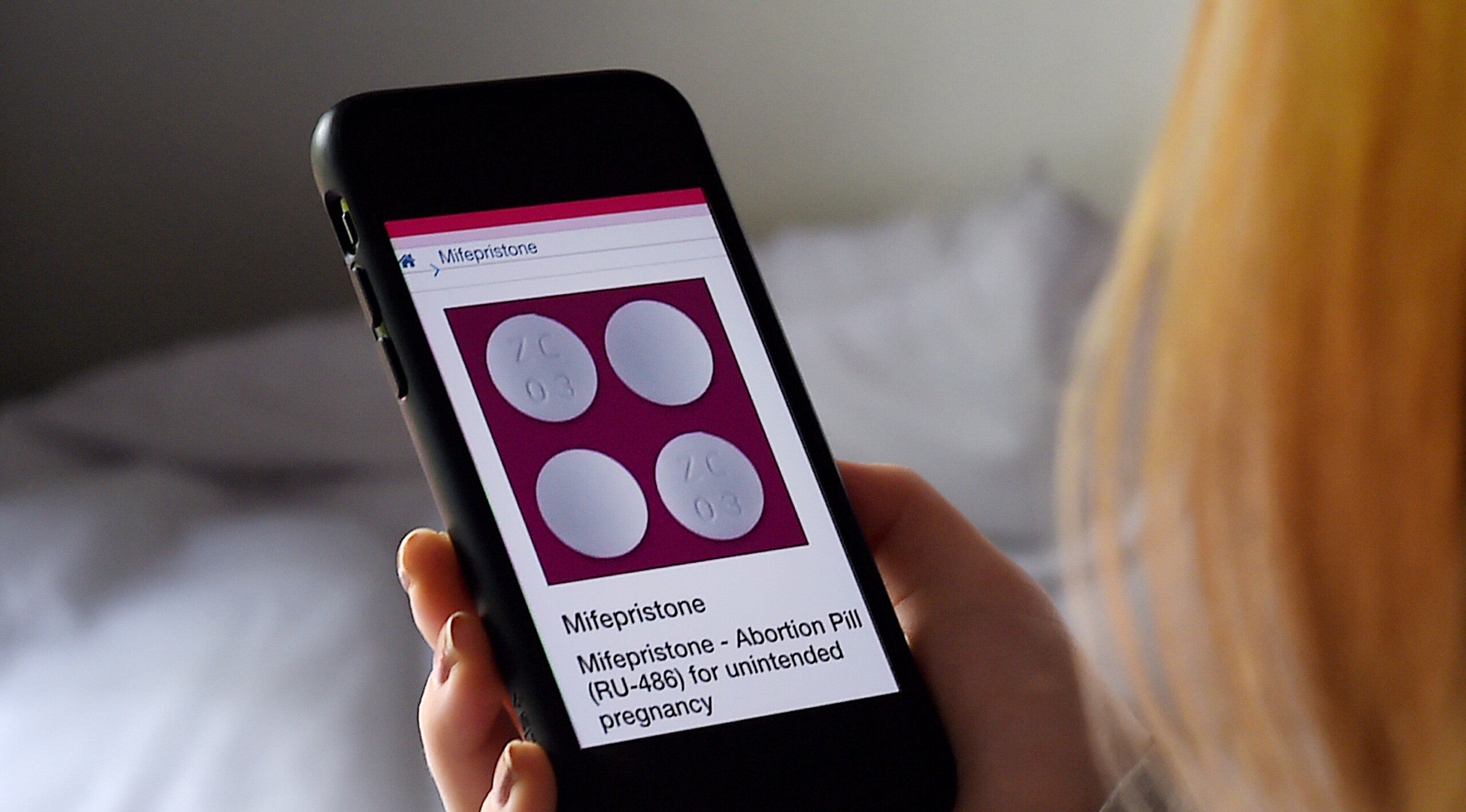 WASHINGTON (AP) — The Food and Drug Administration on Thursday permanently removed a major obstacle for women seeking abortion pills, eliminating a long-standing requirement that they pick up the medication in person.

Millions of American women can now get a prescription via an online consultation and receive the pills through the mail. FDA officials said a scientific review supported broadening access, including no longer limiting dispensing to a small number of specialty clinics and doctor’s offices.

But prescribers will still need to undergo certification and training. Additionally, the agency said dispensing pharmacies will have to be certified.

The decision is the latest shift in the polarized legal battle over medication abortion, which has only intensified amid the disruptions of the COVID-19 pandemic. It is certain to spur legal challenges and more restrictions in Republican-led states.

Earlier this year the FDA stopped enforcing the in-person requirement because of the pandemic. Under Thursday’s decision, the agency permanently dropped the 20-year-old rule, which has long been opposed by medical societies, including the American Medical Association, which say the restriction offers no clear benefit to patients.

The FDA’s latest scientific review stems from a 2017 lawsuit led by the American Civil Liberties Union, which argued that the agency’s restrictions block or delay medical care, especially for people in low-income and rural communities.

The ACLU hailed the elimination of the strictest requirements but said regulators should have gone further and allowed prescribing by any physician and broader pharmacy dispensing. Abortion opponents said the FDA decision would result in more drug-related side effects and complications for women.

Physicians who prescribe the drug, mifepristone, will have to certify that they can provide emergency care to deal with potential adverse effects, including excessive bleeding, FDA officials said Thursday.

The change still means many more doctors will be able to write prescriptions and American women will be able to fill their orders at far more pharmacies, including via online and mail-order services.

The effect will vary by state. More than a dozen Republican-led states have passed measures that limit access to the pills, including outlawing delivery by mail.

Increased use of mail-order abortion pills could pose a dilemma for the anti-abortion movement, given that its leaders generally say they don’t favor criminalizing the actions of women seeking abortions and because mail deliveries can be an elusive target for prosecutors.

The latest policy shift comes as advocates on both sides of the abortion debate wait to see whether the conservative Supreme Court will weaken or even overturn the Roe v. Wade decision that guarantees the right to abortion nationwide.

Roe’s demise would likely prompt at least 20 Republican-governed states to impose sweeping bans while perhaps 15 states governed by Democrats would reaffirm support for abortion access. More complicated would be politically divided states, where fights over abortion laws could be ferocious.

Medication abortion has been available in the United States since 2000, when the FDA first approved mifepristone to terminate pregnancies up to 10 weeks. Taken with a hormone blocker called misoprostol, it constitutes the so-called abortion pill.

About 40% of all abortions in the U.S. are now done through medication — rather than surgery — and that option has become more pivotal during the COVID-19 pandemic.

At the time of approval, the FDA imposed limits on how the drug could be distributed, including barring it from regular pharmacies and requiring that all doctors providing the drug undergo special certification. Women were also required to sign a form indicating they understood the medication’s risks. The FDA said Thursday there have been 26 deaths associated with the drug since 2000, though not all of those can be directly attributed to the medication due to underlying health conditions and other factors.

Common drug side effects include cramping, bleeding, nausea, headache and diarrhea. In some cases excess bleeding needs to be stopped with a surgical procedure.

Near the beginning of the outbreak, the FDA waived in-person requirements for virtually all medications, but left them in place for mifepristone.

That triggered a lawsuit from the American College of Obstetricians and Gynecologists, which successfully overturned the restriction in federal court. The Trump administration then appealed the ruling to the Supreme Court, which reinstated the requirement in January.

The point became moot — at least temporarily — in April when the FDA said it would not enforce the dispensing limits during the current public health emergency.

“The FDA’s decision will come as a tremendous relief for countless abortion and miscarriage patients,” said Georgeanne Usova, a lawyer with the ACLU. “However, it is disappointing that the FDA fell short of repealing all of its medically unnecessary restrictions on mifepristone and these remaining obstacles should also be lifted.”

Jeanne Mancini, president of the March for Life Education and Defense Fund, said the decision “will lead to more lives lost to abortion, and will increase the number of mothers who suffer physical and psychological harm from chemical abortions.”