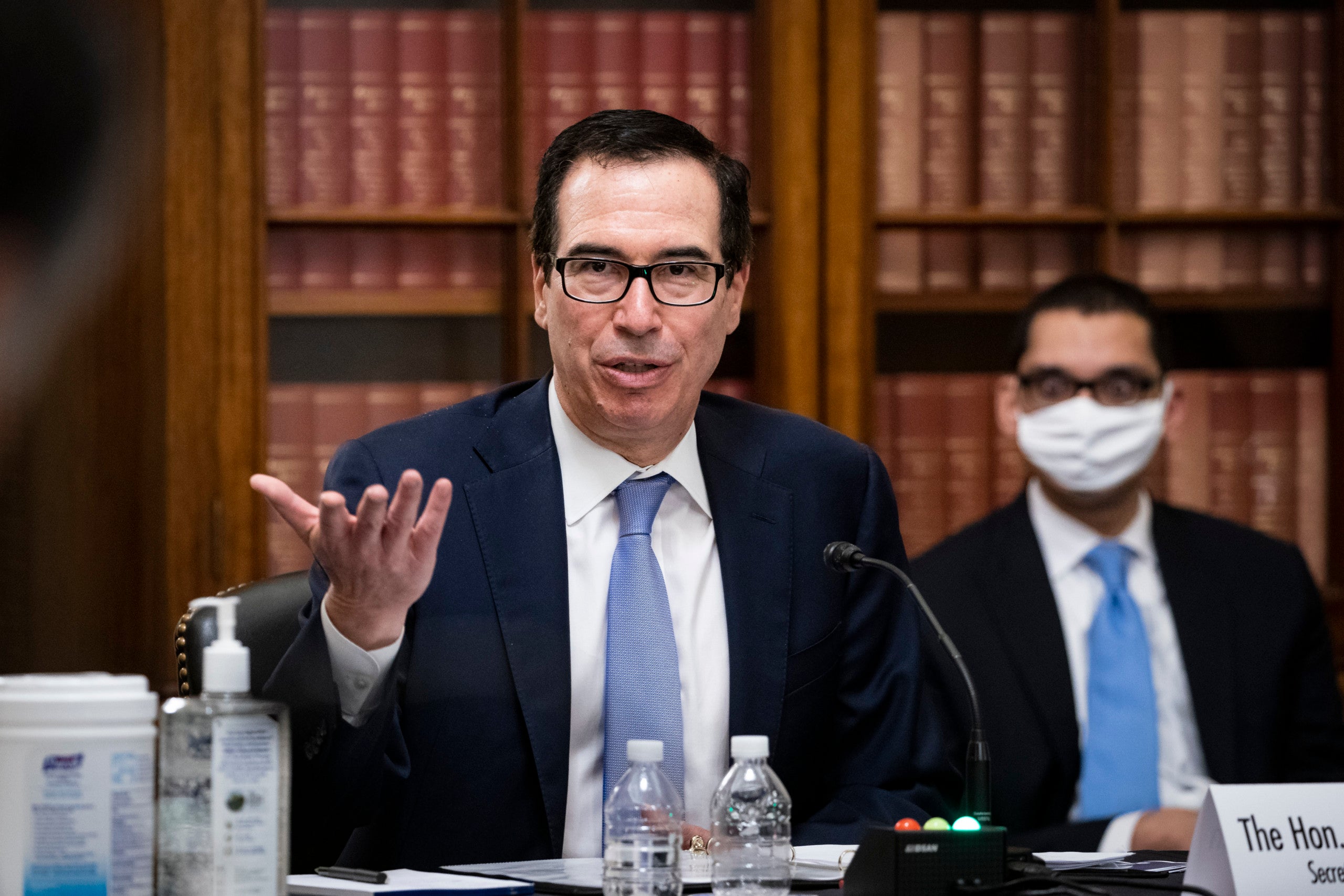 WASHINGTON (AP) — Government watchdogs are warning that a legal determination by the Trump administration could severely limit their ability to oversee more than $1 trillion in spending related to the coronavirus pandemic.

In a letter to four congressional committees, a panel of inspectors general overseeing a sweeping economic rescue law said an “ambiguity” in the law could block the watchdogs from conducting independent oversight.

The letter from Michael Horowitz and Robert Westbrooks, the officials leading the Pandemic Response Accountability Committee, cites a May 7 memo by the Treasury Department’s legal counsel concluding that disclosure requirements in the rescue law do not extend to more than $1 trillion in spending — nearly half of the $2.4 trillion committed to the rescue law by Congress.

“If this interpretation of the CARES Act were correct, it would raise questions about PRAC’s authority to conduct oversight” of spending that includes federal loans for small businesses, aid to cities, states and tribes and other programs, the letter says. The CARES Act is the rescue law’s formal name.

“This would present potentially significant transparency and oversight issues because (the spending in question) includes over $1 trillion in funding,” the letter says.

Horowitz is the Justice Department inspector general and acting chairman of the PRAC panel, while Wesbrooks is the group’s executive director.

The warning comes as lawmakers complain that the Trump administration has repeatedly blocked efforts to oversee the rescue law, including refusing to turn over detailed information about companies that applied for and received federal loans intended for small businesses.

Treasury Secretary Steven Mnuchin told Congress last week that the names of loan recipients and the amounts disbursed as part of the $600 billion-plus Paycheck Protection Program are “proprietary information” and do not have to be made public. Democrats and some Republicans say there is nothing proprietary or confidential about businesses receiving millions of taxpayer dollars.

Rep. Carolyn Maloney, D-N.Y., chairwoman of the House Oversight Committee, said the Trump administration “seems to be arguing that loopholes in the law exempt agencies from producing certain information,” even as they express a commitment to transparency and accountability.

“They seem to be saying one thing while doing exactly the opposite,” Maloney said. “If the Trump administration is committed to full cooperation and transparency with taxpayer dollars, it is unclear why it is manufacturing legal loopholes to avoid responding to legitimate oversight requests.”

The Treasury Department said in a statement that it is fully committed to CARES Act transparency. Spokeswoman Monica Crowley said spending is subjected to “comprehensive oversight,” including at least three inspectors general, a new congressional panel and the independent Government Accountability Office. The Treasury Department is also briefing Congress and updating its spending on government websites, she said.

A spokeswoman for Senate Appropriations Committee Chairman Richard Shelby, R-Ala., said Shelby would support amending the rescue law to clarify that the inspector generals panel has authority to oversee the law.

“American taxpayers have a right to know how their money is being spent. Neither the letter nor the spirit of the law limit the accountability committee’s purview in that regard,” said Blair Taylor, a spokeswoman for Shelby.

While Mnuchin has said releasing the names of loan recipients could compromise proprietary and sensitive business information, he tweeted Monday that he is working with Florida Sen. Marco Rubio and others to “strike the appropriate balance for proper oversight″ of PPP loans.

Rubio, a Republican who heads the small business panel and pushed for creation of the loan program, said Monday that he and Mnuchin are “working through” a way to ensure that the names of some loan recipients are made public.

“There will be disclosure,″ Rubio said, adding it will likely be focused on larger loans above $2 million or some other number to be determined.

“I’m not sure there’s a lot of curiosity about a $15,000 loan,″ he told The Associated Press, ”but obviously the bigger numbers at the top end … it’s hard to argue that information shouldn’t be available.″

President Donald Trump has moved to curb oversight since the rescue law was adopted in late March. Trump suggested the oversight provisions were unnecessary and immediately moved to undercut them, saying even as he signed the law that the administration didn’t have to comply with some of them. He then ousted the official named chairman of the Pandemic Response Accountability Committee, a board of inspectors general established to monitor the unprecedented spending.

So far, the administration is saying little about where the money is going.

In the 10 weeks after the Paycheck Protection Program was launched, the Small Business Administration says it has processed 4.5 million loans worth $511 billion. But it has yet to reveal the recipients of taxpayer aid. The agency has only provided general information, such as the total amounts of loans awarded in a given time period.

A House subcommittee overseeing the coronavirus aid demanded Monday that the Trump administration and some of the nation’s largest banks turn over detailed information about companies that applied for and received federal loans.