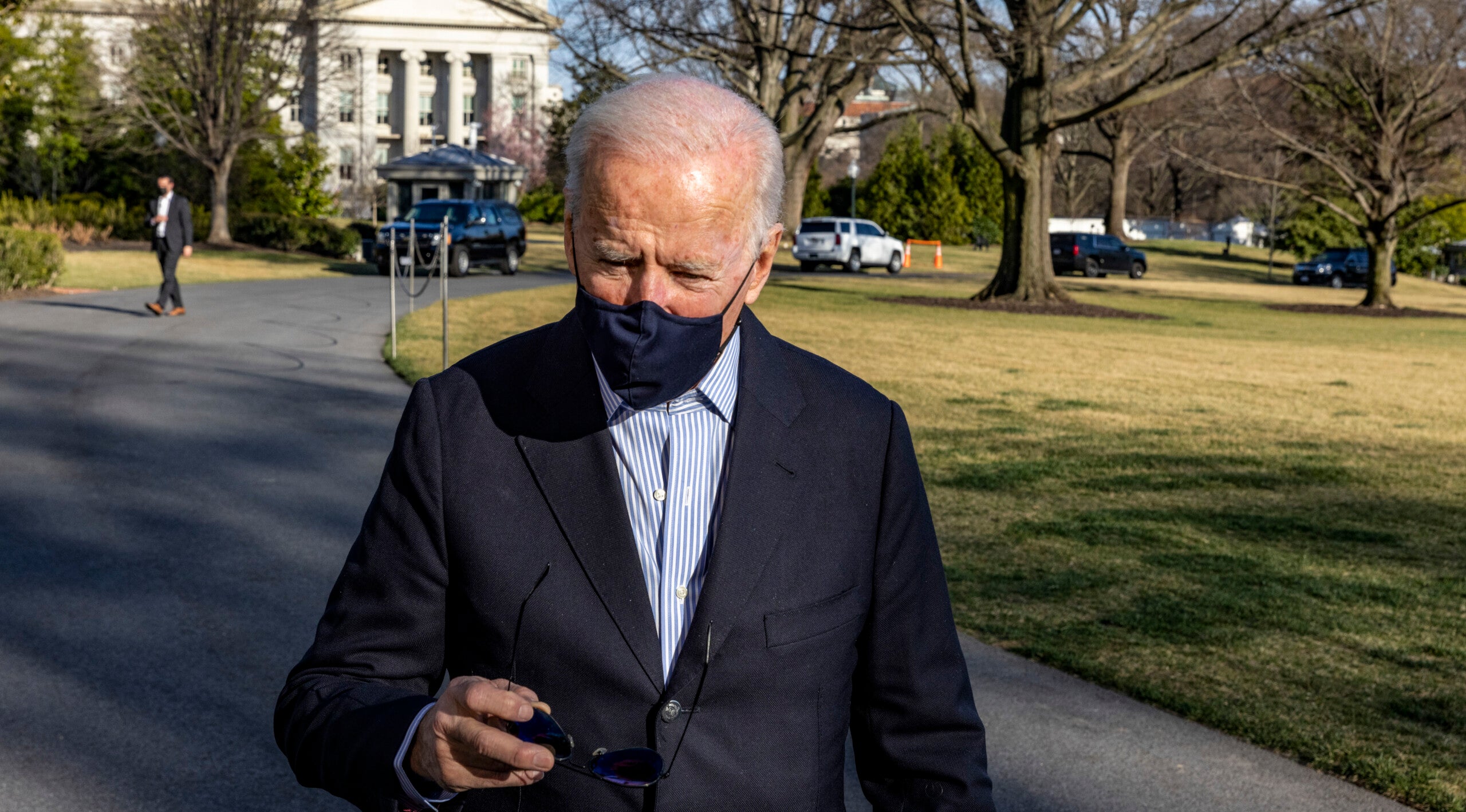 (CNN) — White House advisers are expected to present a two-part, $3 trillion jobs and infrastructure proposal to President Joe Biden as soon as this week, according to two people familiar with the plan.

The proposal, which Biden’s top advisers have been deliberating over for weeks, would be segmented into two separate parts — one focused on infrastructure and clean energy, and a second focused on what’s being termed the “care economy” with a focus zeroed in on key domestic economic issues.

In full, it would mark a sweeping move toward enacting the key elements of the “jobs” agenda that Biden laid out in large part during his campaign for president, with a suite of potential tax increases on corporations and the wealthy as options to finance any longer-term spending in the final proposal.

The proposal was first reported by The New York Times.

White House officials stressed that no final decisions about the final path forward have been made at this point. Biden still has to review the proposals and plans to consult heavily with Senate Democratic Leader Chuck Schumer and House Speaker Nancy Pelosi about the scale and legislative sequencing of the next key pillar of his agenda.

“President Biden and his team are considering a range of potential options for how to invest in working families and reform our tax code so it rewards work, not wealth,” White House press secretary Jen Psaki said in a statement. “Those conversations are ongoing, so any speculation about future economic proposals is premature and not a reflection of the White House’s thinking.”

But the move toward presenting proposals directly to Biden represents a crucial next step as the White House moves to settle on the scale of their next major legislative agenda item.

The President pledged to divide his major economic agenda items into two parts — a “rescue” plan, which was signed into law this month, and a “recovery” plan, which he intended to use for a sweeping jobs package with a heavy emphasis on infrastructure.

Biden and his top advisers kept the focus on the $1.9 trillion Covid-19 rescue plan, however, slowing down the process on the next stage of the agenda, as they sought to secure its passage and then spend several weeks promoting its key elements to the American public.

To this point, recommendations for the next phase haven’t reached Biden’s desk yet, officials say, though they are likely to over the course of the next week, as the White House moves toward Biden’s joint address to Congress at some point, likely in April.

Later Monday, Psaki declined to confirm the $3 trillion number but confirmed Biden will meet with top economic aides this week, adding that no final decisions have been made regarding the size or scope of a proposal.

“He’s being briefed this week on potential plans,” Psaki said. “We’ll have to see what his reaction is.”

The domestic economy piece of the plan would include key Biden campaign priorities such as universal pre-K, significant spending on child care, care-giving and proposals designed to try and address portions of the workforce hit hardest by the pandemic economy.

Biden plans to pursue bipartisan support, according to his advisers. He’s already held multiple bipartisan Oval Office meetings on the issue. During a meeting with labor leaders in the Oval office in February, Biden repeatedly stressed that he thought there was a path for bipartisanship on the issue, according to an attendee.

But officials are also planning for congressional Democrats to move concurrently with a budget procedure that would allow any package to pass with a simple majority in the US Senate.

While infrastructure has long been an area of topline bipartisan agreement, Democrats on both sides of Pennsylvania Avenue have made clear tax increases on the wealthy and corporations are likely pathways to finance the long-term spending from the proposal.

While Biden has said what he planned to do policy-wise during the campaign — and any tax increases are largely going to be pulled from the menu of options Biden laid out before he came into office, officials say, the possibility has already drawn the ire of top Republicans.

“We’re hearing the next few months might bring a so-called infrastructure proposal that might actually be a Trojan horse for massive tax hikes and other job-killing, left-wing policies,” Senate Minority Leader Mitch McConnell, R-Kentucky, said Monday

It’s something Democrats are keenly aware of — and has fueled debates on both Capitol Hill and inside the West Wing about how to structure the legislative push. In the coming weeks Biden is expected to weigh in with his position, while also staying in close touch with Schumer and Pelosi, officials say.

While the planning remains fluid, officials are tentatively eyeing Biden’s likely April joint address to Congress as a moment where the key thematic elements of the package are made clear.