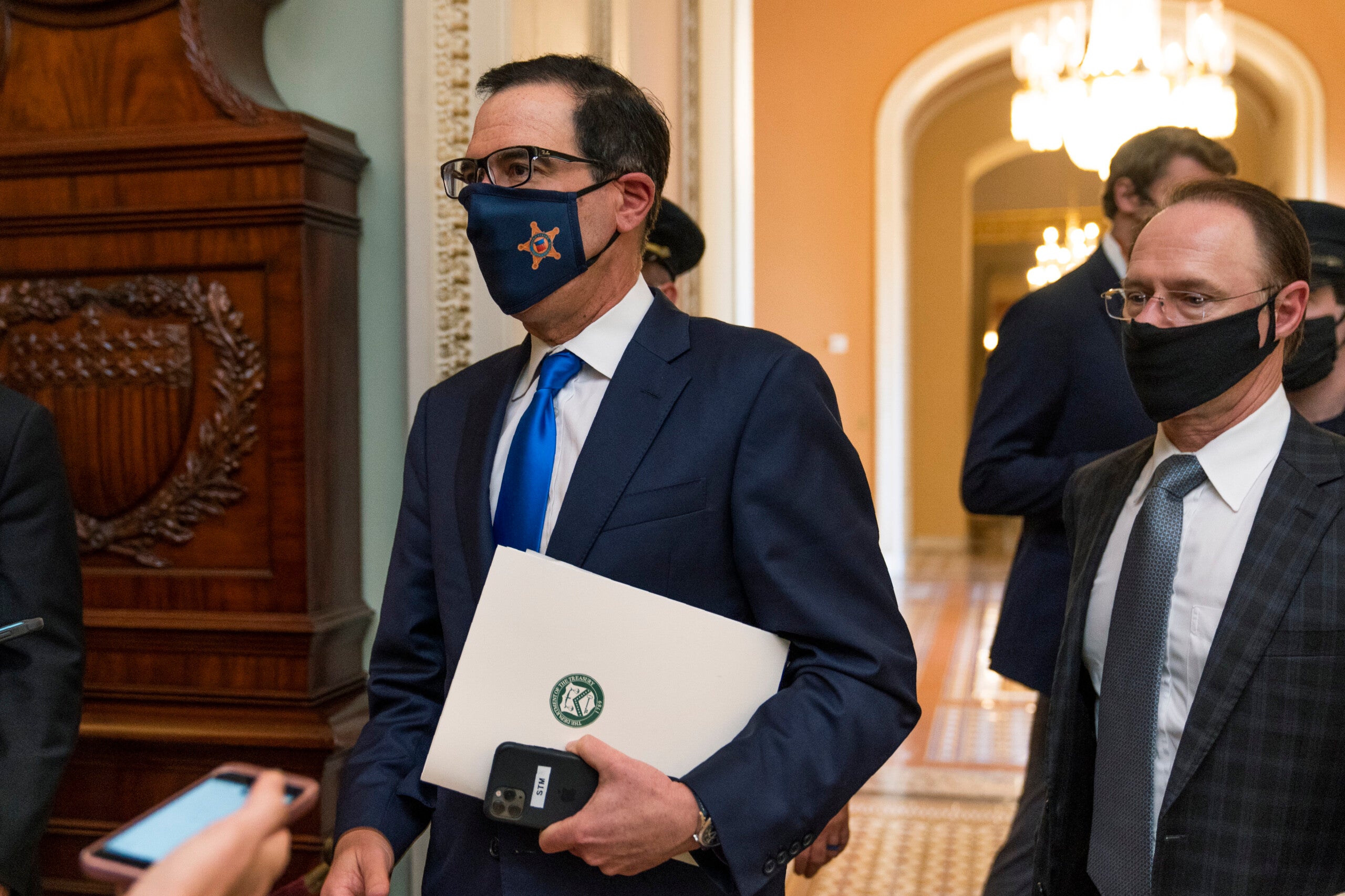 WASHINGTON (AP) — The White House is boosting its offer in up-and-down COVID-19 aid talks Friday in hopes of an agreement before Election Day, even as President Donald Trump’s most powerful GOP ally in the Senate said Congress is unlikely to deliver relief by then.

A GOP aide familiar with the new offer said it is about $1.8 trillion, with a key state and local fiscal relief component moving from $250 billion to at least $300 billion. The White House says its most recent prior offer was about $1.6 trillion. The aide requested anonymity because the negotiations are private.

“I would like to see a bigger stimulus package than either the Democrats or Republicans are offering,” Trump said on Rush Limbaugh’s radio show Friday. Earlier this week, Trump lambasted Democrats for their demands on an aid bill.

Pelosi’s most recent public offer was about $2.2 trillion, though that included a business tax increase that Republicans won’t go for.

But GOP Senate Majority Leader Mitch McConnell told an audience in Kentucky that he doesn’t see a deal coming together soon out of a “murky” situation in which the participants in the negotiations are elbowing for political advantage.

“I’d like to see us rise above that like we did in March and April but I think it’s unlikely in the next three weeks,” McConnell said.

He spoke after Trump apparently performed an about-face, empowering Mnuchin to resume negotiations with Pelosi, D-Calif., on a larger, comprehensive coronavirus relief package despite calling off the talks just days before.

White House economic adviser Lawrence Kudlow told reporters Friday that “developments are positive” and that “the bid and the offer have narrowed” in advance of a telephone conversation later Friday between Pelosi and Mnuchin.

McConnell remains a skeptic that a deal can come together — and he has issued private warnings that many Senate Republicans will oppose a deal in the range that Pelosi is seeking.

“We do need another rescue package,” McConnell said. “But the proximity to the election and the differences about what is need at this particular juncture are pretty vast.”

Later Friday, during an appearance in Tompkinsville, Kentucky, McConnell said: “I don’t know whether we’ll get another (virus-relief) package or not.”

McConnell added that “the first item of priority of the Senate is the Supreme Court. We’ve got a stunningly outstanding nominee.” He later said: “We intend to put her on the Supreme Court in the next few weeks.”

McConnell’s remarks capped a tumultuous week in which Trump and sent conflicting signals and made unworkable demands. On Tuesday, he ordered an end to the weekslong talks after being told that few Republicans in Congress would end up voting for a possible Pelosi-Mnuchin deal.

After taking blowback for that decision, Trump sought to revive the negotiations on Thursday. Yet even as Mnuchin was reengaging with Pelosi, staffers in the White House — working under Chief of Staff Mark Meadows, a key negotiator — were issuing demands for a smaller package stuffed with Trump’s priorities.

All of this comes as Trump is sliding in the polls and is sidelined by his COVID-19 infection. The White House is short-staffed and dealing with infections among its staff. And the president and Pelosi are attacking each other’s mental health.

That the talks were headed nowhere was an open secret among close observers in Washington, but both sides had been reluctant to declare them dead until Trump did so on Tuesday, making himself a magnet for blame. The talks are still unlikely to produce results in the near term because even if there was a breakthrough, it could take weeks to process.

McConnell says he is open to resuming the negotiations in a post-election lame-duck session, but that prospect is murky as well, depending on the results.

On Friday, Pelosi issued a downbeat assessment in a letter to her colleagues but expressed some optimism in an appearance on MSNBC.

“I do hope that we’ll have an agreement soon,” Pelosi said.