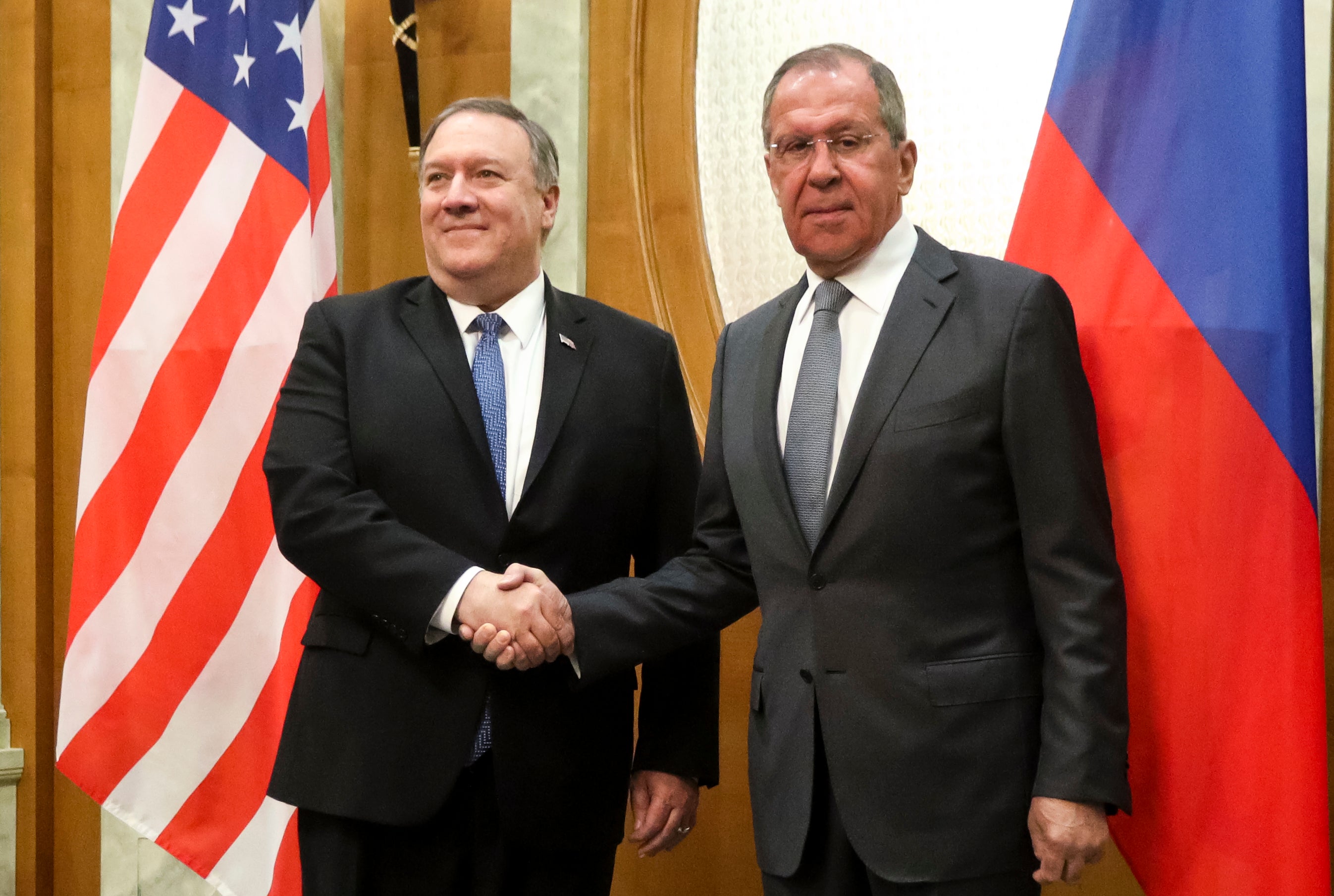 SOCHI, Russia (AP) — On his first trip to Russia as U.S. Secretary of State, Mike Pompeo said Tuesday that he warned his Russian counterpart against any “unacceptable” Russian meddling in U.S. elections.

At a news conference following three hours of meetings, Pompeo said he told Russian Foreign Minister Sergey Lavrov added than any such action by the Russians in the 2020 elections “would put our relationship in an even worse place than it has been.”

Both diplomats said the meeting in the resort city of Sochi covered an array of issues that have heightened tensions between Moscow and Washington. These included Iran, Syria and Venezuela, where the United States supports opposition leader Juan Guaido as interim president and Russia backs President Nicolas Maduro.

Iran was a key point of discussion amid rising tensions between Washington and Tehran. Last week, the United States sent an aircraft carrier and B-52 bombers to the Middle East in response to intelligence that Iran was planning attacks on American interests.

“We fundamentally don’t seek a war with Iran,” Pompeo said.

Lavrov said Russia is hoping for a positive response from the United States about extending the New START arms control treaty, which is due to expire in 2021, “but we really have some concerns which are related to the re-equipping of launchers of Trident submarines and heavy bombers announced by the United States.”

A day after President Donald Trump said he would meet with Russian President Vladimir Putin at the Group of 20 summit of leaders in Japan in June, Lavrov said it has not received a formal proposal.

“If such a proposal is received, we will respond to it in a positive way,” he said.

Pompeo and Lavrov were to brief Putin on their talks in the evening.

At the start of their meeting, Lavrov said both countries are overdue to dispel “suspicions and prejudices” and to “start building a new constructive framework” of how Russia and the U.S see each other.

Pompeo said in televised remarks at the meeting on Tuesday that he came to Russia because President Donald Trump was “committed to improve this relationship” despite differences between the United States and Russia Syria, Iran, the crisis in Venezuela and other matters.

Heintz reported from Moscow. Nataliya Vasilyeva in Moscow contributed to this report.