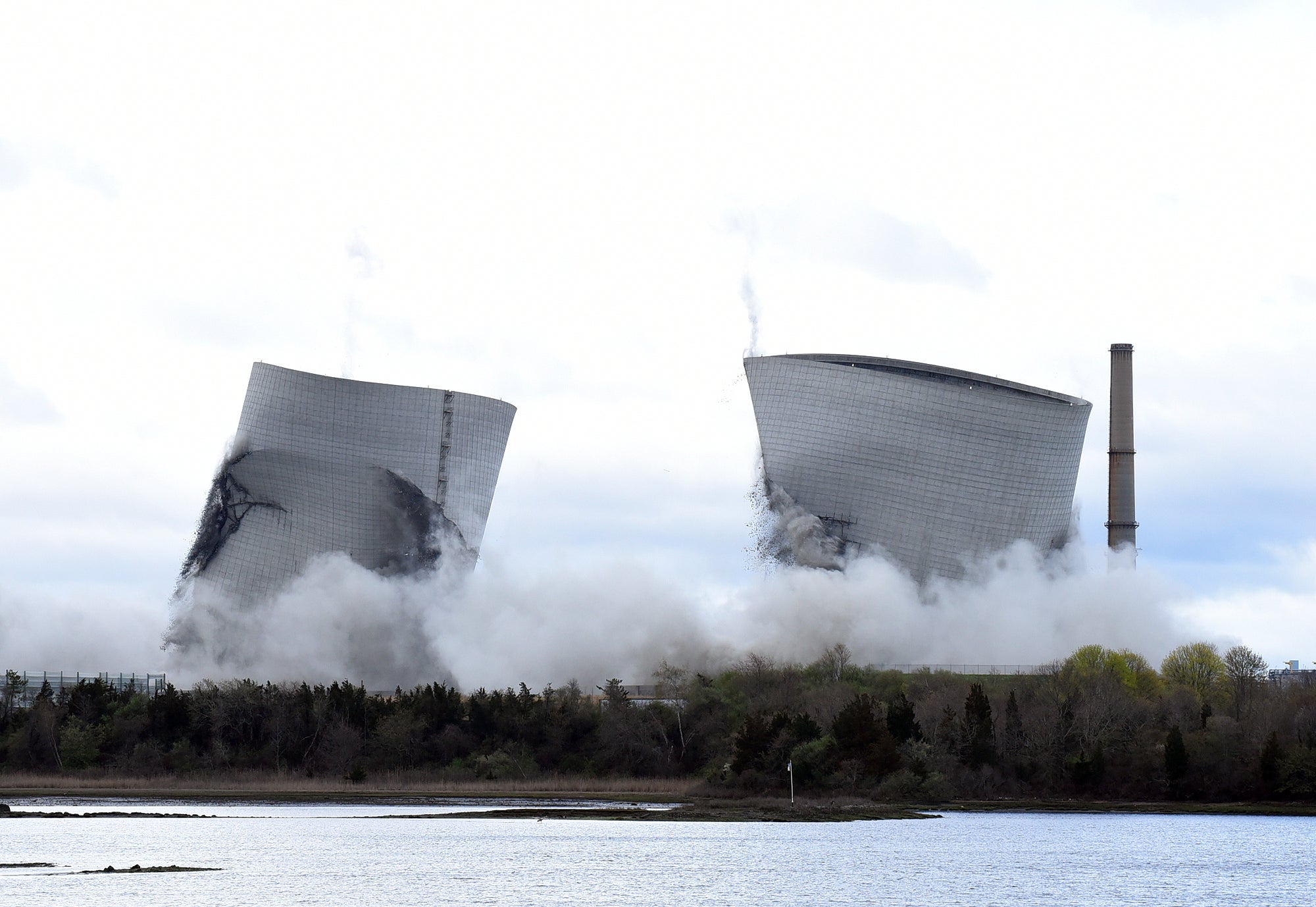 SOMERSET, Mass. (AP) — It took just a matter of seconds for two 500-foot cooling towers from Massachusetts’ last coal-fired power plant to be reduced to rubble on Saturday.

The controlled demolition went off as scheduled at 8 a.m. at the former Brayton Point Station in Somerset. Video showed the giant towers along Mount Hope Bay crumple to the ground and a large cloud of dust rise into the air.

The plant had burned coal since 1963, though the cooling towers were not added until decades later. The facility closed in 2017 as environmental groups pushed for cleaner sources of energy generation.

The new owners of the property, Commercial Development Co., plan to turn the site into a multi-use facility mainly dedicated to supporting off-shore wind farms.

The company said the hulking concrete structures were believed to be the tallest power plant cooling towers ever brought down in a controlled demolition anywhere in the world.

Long considered an eyesore by residents in Massachusetts and Rhode Island, many residents were happy to see the towers go and held demolition watch parties Saturday.

Ross McLendon, of Warwick, Rhode Island, told the Herald News of Fall River that he got his three children out of bed early so they could come and watch the event. But it almost happened too quickly.

“I wasn’t paying close enough attention to the time and missed the first few seconds,” said McLendon. “We came because it seemed like something fun for the kids to do. They had never seen an implosion.”

Spectators, who were kept a safe distance by authorities, crowded nearby streets and bridges to watch the structures fall. Helicopters, planes and drones flew overhead.

Some nearby residents had expressed concern about the implosion, wondering if it could cause dust contamination, but officials said they did not expect the dust to drift into nearby neighborhoods.