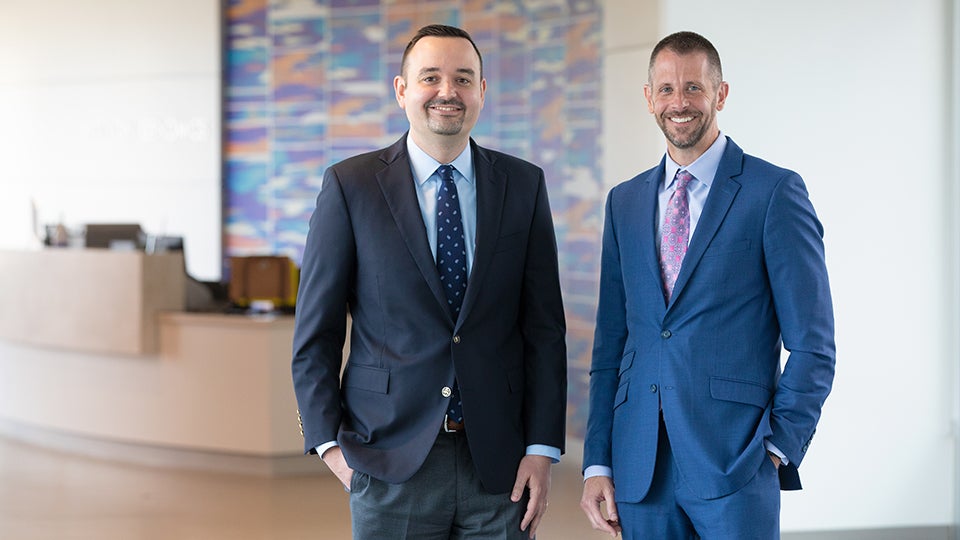 INDIANAPOLIS (Inside INdiana Business) — The Indiana University School of Medicine is touting a major discovery in the fight against breast cancer.

The school says researchers have discovered how to predict whether triple negative breast cancer will recur and which women are likely to remain free of disease. Dr. Milan Radovich and Dr. Bryan Schneider presented their findings Friday at the San Antonio Breast Cancer Symposium in Texas.

The study is part of IU’s Precision Health Initiative Grand Challenge. IU says the researchers discovered that women whose plasma contained genetic material from a tumor, known as circulating tumor DNA (ctDNA), had only a 56% chance of being cancer-free two years after chemotherapy and surgery. Those who did not have ctDNA had an 81% chance of staying free of cancer.

“Each one has its own set of mutations that cause that cancer and drive it and it’s really through advances in precision medicine that we’re able to tailor therapy the best we can to treat these patients. Moving forward, what we know is that the technology is rapidly advancing. Our ability to detect the circulating tumor DNA is actually quite good now, but it’s getting better even with advances in technology.”

Radovich says they used a simple blood test to determine if a patient has ctDNA in their system. The study also examined circulator tumor cells (CTCs), live tumor cells released from tumors somewhere in the body and float in the blood.

“We were able to actually look at both in this case, how ctDNA and CTCs may work together to determine which patients will relapse and which will not,” said Radovich. “What we found in our study is that if patients were positive for both ctDNA and circulating tumor cells, they had considerably inferior outcomes, so their cancers were at a very high risk of coming back. However, if they were negative for both, 90% were cancer free after two years.”

Radovich says the capability to examine a patient’s plasma for tumor mutations has only been around for about three years.

“What I think we’re proud of here at IU is that we’re already applying this for clinical care. We’re using this actively for our patients here at the IU Simon Cancer Center, as well as in clinical trials and we’re proud that we’re really providing our patients the most cutting-edge technology available on the planet.”

Nadia Miller, a 12-year triple negative breast cancer survivor and president of Indianapolis-based breast cancer advocacy group Pink-4-Ever, says she and the community are excited about the implications of the discovery.

“Specifically for patients and then just what the researchers are doing, it gives us very intentional data to use for the recovery and the survivorship of a person’s life,” said Miller. “So I think what they are doing is just laying the foundation for years and years to come. The community’s response to this is that they’re hopeful. They’re hopeful to see what’s next and just really excited about this groundbreaking information.”

The researchers say the next step will be a new clinical study, which will use the discovery to enroll patients at a high risk for recurrence and evaluate new treatment options for them. The study is expected to begin in early 2020.

The study was funded by the Vera Bradley Foundation for Breast Cancer and the Walther Cancer Foundation. Schneider says without the support of the foundations and the Grand Challenge initiative, discoveries such as this would not be possible.