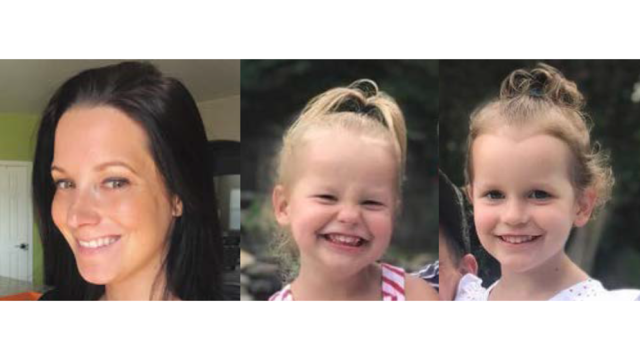 FREDERICK, Colo. (KXRM) — The Colorado Bureau of Investigation is asking for the public’s help finding a woman and two girls who have been reported missing from northern Colorado.

Shannan, Celeste, and Bella Watts were last seen Monday in Frederick, which is in Weld County about 25 miles north of downtown Denver.

Shanann is described as a 34-year-old white woman, about 5 feet 5 inches tall and 148 pounds, with long black hair, hazel eyes, and a nose piercing. She is 15 weeks pregnant.

Celeste is described as a 3-year-old white girl, about 3 feet tall and 37 pounds, with blonde hair and hazel eyes.

Bella is described as a 4-year-old white girl, about 3 feet 6 inches tall and 40 pounds, with brown hair and brown eyes.

Anyone with information on their whereabouts is asked to call Weld County dispatch at 970-356-4000.