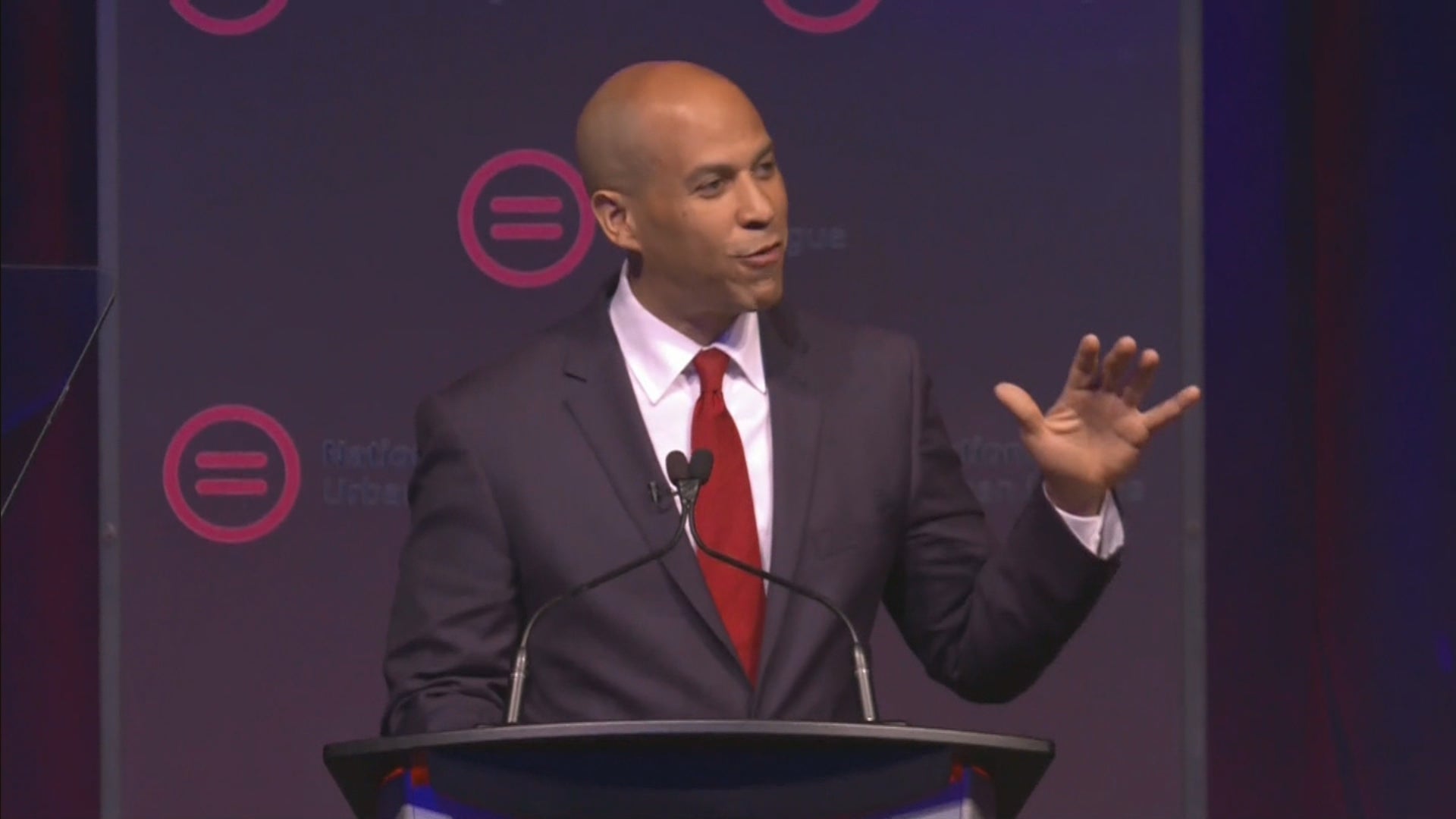 Five Democratic Party candidates spoke Thursday; others will have their turns Friday.

“It’s easy to call Donald Trump a racist now. You get no badge of courage for that. The question is, ‘What were you doing to address structural inequality and institutional racism throughout your life?’” Booker said.

“If you get one of these charters, you don’t have to make a profit, provided you show a history of philanthropic support. We can launch a whole new type of bank.” Delaney said.

U.S. Sen. Amy Klobuchar of Minnesota said she would reauthorize the Voting Rights Act of 1965.

“We have to expand same-day registration,” Klobuchar said. “That’s my bill. Basically, it says if you can do it with car licenses and Social Security numbers, than everyone whose eligible in this country should be registered to vote when they turn 18.”

Former Vice President Joe Biden said he believes we’re in a battle for the soul of America and referenced President Trump.

“He rips at families, rips them apart at our borders,” Biden said. “Puts children in cages. He’s actively working to undo every bit of the progress President (Barack) Obama and I and our administration did.”

This is the first time in 25 years that the National Urban League Conference has come to Indianapolis.