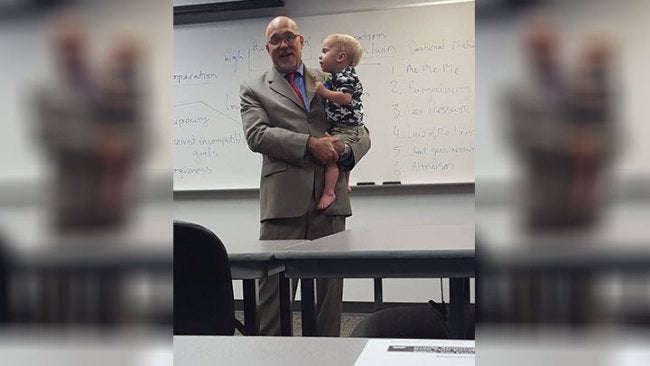 NASHVILLE, Tenn. (WKRN) – A single mother and student in Nashville had to bring her son to school with her, and the understanding she received was more than she could’ve asked for.

Amanda Osbon studies at DeVry University, located in south Nashville, and didn’t have a choice but to take her son to class on Monday.

She told WKRN-TV her son, who is almost 2 years old, got up during class and wanted to be held by the professor.

He picked up little Xzavier and continued to teach his class.

“Most of us in the class are parents, so everyone was very understanding that he was there,” Osbon wrote..

She admitted it was embarrassing at first until Professor Bunkowske noted that everyone struggles, and that’s OK.

According to his LinkedIn, Bunkowske is a local lawyer who teaches at DeVry’s Keller Graduate School of Management.