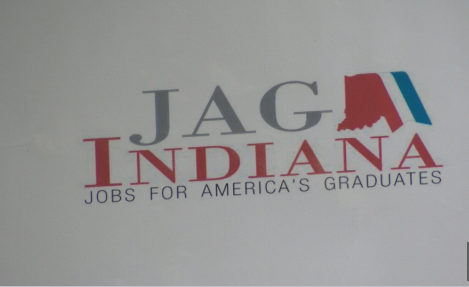 For the past decade, Jobs for America’s Graduates (JAG) has helped thousands of students overcome barriers and stay on the right track.

Dozens of students will participate in a competition Wednesday morning on the campus of University of Indianapolis. Organizers believe in some ways the program can also help students stay out of trouble and away from crime and violence.

Bethany Harrington and her classmates at Decatur Central are preparing for the Career Development Conference.

“You have to really be involved and know just exactly how much this is going to benefit you,” said Harrington, a Decatur Central senior.

Leisha Martinez is part of that group and joined the program last year.

“JAG has helped me build a resume, (learn) what a resume was and what a cover letter was,” said Martinez.

Martinez said the program has motivated her to think about her future.

“I want to study criminal justice,” she said. “I want to become a probation officer.”

Martinez wants to work in the juvenile system, helping teens who may have gone down the wrong path.

“I think in a way, teenagers need more encouragement and more of a push so they could stay on the right track,” she said.

In recent weeks, police have seen violent crimes involving teenagers in the city. Two juveniles were taken into custody this week in connection to a deadly shooting on Union. In another case, a 14-year-old boy was shot and killed outside of Popeye’s on 16th Street.

“JAG can also be seen in a way as the anti-crime initiative to make sure students are considering positive outlets versus negative outlets,” said Beth Bowling, JAG’s regional manager.

Bowling said the program’s focus is on the student.

“A lot of their success has been because they had a support system help encourage them along the way,” said Bowling.

The competition runs from 8:45 a.m. to 1:45 p.m. on Wednesday at University of Indianapolis Schwitzer Student Center.

Students who qualify in the competition will go on to compete in the state finals in March.

Click here to see if JAG program is available at your child’s school.