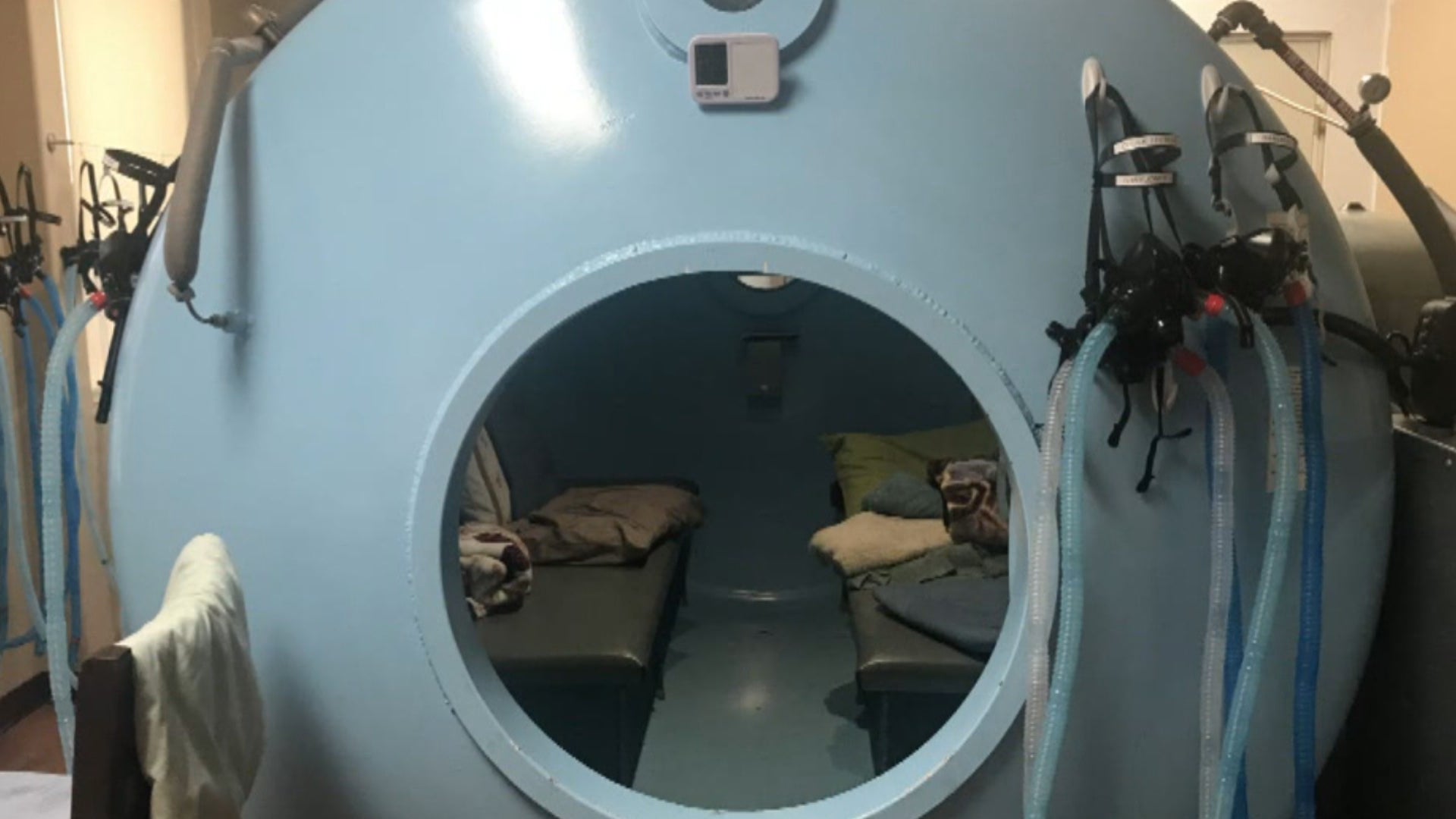 After nine years in the Army, he came back to Indiana in a lot of pain.

At one time, he was confined to a wheelchair until a nonprofit veterans’ organization offered him an alternative to traditional pain management: hyperbaric oxygen therapy. After several weeks of therapy, he was out of the wheelchair and many of the symptoms were gone.

“I felt like I was back in high school again and, as the treatments started going, the progressions of my symptoms started kind of dying down, diminishing, you know. The inflammation to the muscle tremors and the spasms to even my blood pressure and high cholesterol, liver enzymes, it started changing the effects of what was happening to my body from over there,” Lee said.

Each treatment in a hyperbaric chamber cost about $1,000. Lee went through two months of treatment. As of right now the Veterans Administration offers hyperbaric oxygen therapy to a small group of veterans suffering from post-traumatic stress disorder (PTSD) and traumatic brain injuries. The treatment is considered off-label and not widely supported.

“We are trying to keep it as open as possible for people because diagnoses can kind of vary across the spectrum a little bit, and sometimes things overlap and they don’t get formal diagnoses,” Terlep said.

Indiana government is funding a pilot program to test the effectiveness of the treatment. Indiana is the first state to fully fund a pilot program. The program needs 15 qualified veterans, as of Thursday, three were enrolled.

For information, email Terlep at taterlep@gmail.com.