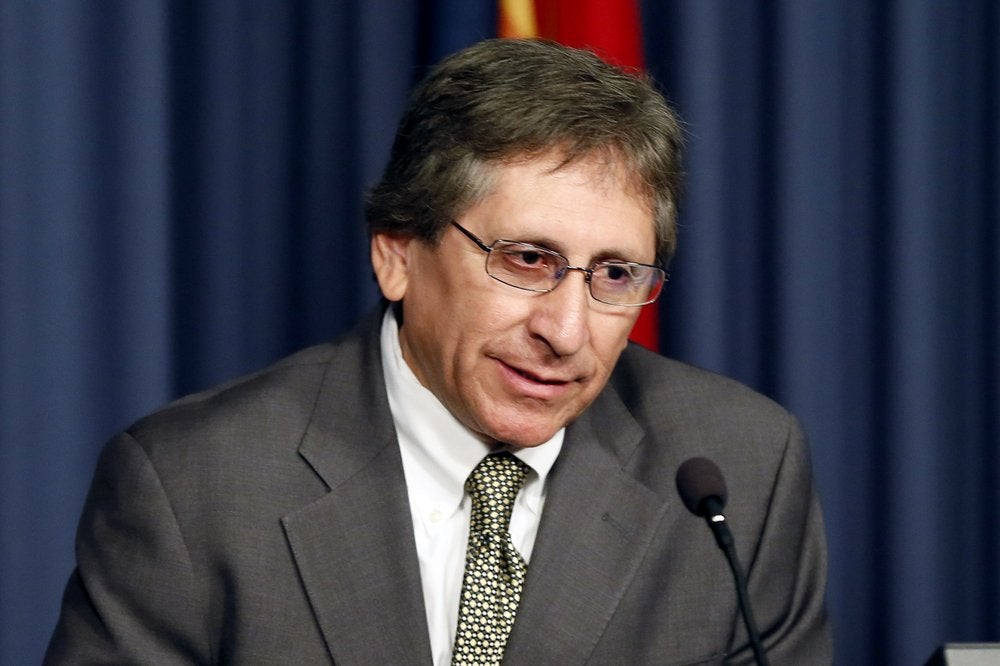 PHOENIX (AP) — Lawyers are scheduled to make arguments Thursday before the Arizona Court of Appeals as Jodi Arias seeks to overturn her murder conviction in the 2008 death of her former boyfriend.

Arias argues a prosecutor’s misconduct and a judge’s failure to control news coverage during the case deprived her of the right to a fair trial.

A lawyer defending the conviction on the state’s behalf said overwhelming evidence of Arias’ guilt should outweigh mistakes that were made by the prosecutor who won the case.

Arias, who will not be in the courtroom during her appellate hearing, is serving a life sentence for her first-degree murder conviction in the death of Travis Alexander at his home in the Phoenix suburb of Mesa.

Prosecutors have said Arias violently attacked Alexander in a jealous rage after he wanted to end their affair and planned a trip to Mexico with another woman. Arias has acknowledged killing Alexander but claimed she acted in self-defense after he attacked her.

The guilt phase of Arias’ trial ended in 2013 with jurors convicting her of murder but deadlocking on punishment. A second sentencing trial ended in early 2015 with another jury deadlock, leading a judge to sentence Arias to prison for life.

The case turned into a media circus as salacious and violent details about Arias and Alexander were broadcast live around the world.

Arias had actively courted the spotlight since her 2008 arrest. She did interviews on TV’s “48 Hours” and “Inside Edition” after her arrest and was on the witness stand for several weeks during the trial.

They also said Judge Sherry Stephens let news organizations turn the trial into a “circus-like atmosphere” and was slow to restrict journalists even when they broke the court’s media-coverage rules.

Terry Crist, an attorney for the Arizona Attorney General’s Office, has said in court records that the publicity didn’t cause any prejudice against Arias but acknowledged instances in which Martinez was argumentative with Arias and a psychotherapist who testified on her behalf.

Crist has said when issues of publicity popped up during the trial, jurors repeatedly said they had not seen news coverage of the case and could remain fair and impartial.

Crist has said Arias generated publicity by giving TV interviews before the trial and spoke on camera to a reporter on the day of her guilty verdict, even though her attorneys didn’t want her to do so.

After Arias’ attorney filed their appeal, new complaints were made against Martinez, though none of those have been raised in her appeal.

A judge who handles disciplinary cases against attorneys last summer threw out allegations that Martinez made sexually inappropriate comments to female law clerks in his office and had inappropriate contact with a woman who had been dismissed from Arias’ jury and later texted nude photos of herself to the prosecutor.

The remaining allegations against Martinez in the attorney disciplinary case included claims that the prosecutor leaked another juror’s identity to a blogger with whom Martinez was having a sexual relationship.

Martinez was reprimanded by the county prosecutor’s office in 2018 for inappropriate and unprofessional conduct toward female law clerks.