Prosecutor: ‘Most bizarre case I have ever been involved in’ 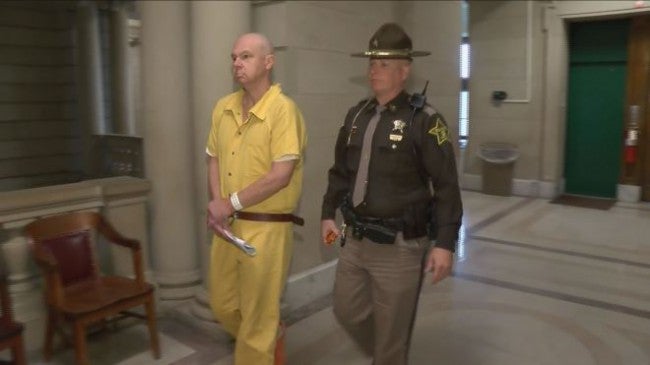 MIAMI COUNTY, Ind. (WLFI) – It’s a case full of twists. Former Lafayette surgeon Gregory Konrath, 48, was arrested in July for allegedly plotting to murder his ex-wife. Konrath’s girlfriend at the time, Joannah, recorded him talking about his plan. She later notified police and Konrath was charged with attempted murder.

In an interview at the Miami County jail just weeks after being arrested, Konrath denied the accusations.

“I have no or had no intention of hurting or killing my ex-wife,” Konrath told 24-Hour News 8’s sister station WLFI in July.

Konrath bonded out of jail and was not allowed to contact Joannah or his ex-wife, Ana. A week later, he was back behind bars for trying to contact both women and was charged with two counts of stalking. Investigators also found passport and ID photos and were concerned he was going to flee to Mexico where he has a wife.

But in December, there was a twist. The attempted murder charge was dropped, Konrath agreed to a deal and pleaded guilty to the stalking charges.

“This is probably the most bizarre case I have ever been involved in,” Miami County Prosecutor Bruce Embrey said.

Embrey said he came across an Indiana Court of Appeals case similar to Konrath’s when he was preparing for trial. The Court of Appeals decided preparing and planning to commit a murder is not enough, so the attempted murder charge was dropped.

“He laid out in great detail to Johanna, his girlfriend, how he intended to kill Ana, his wife. And we simply, because of the state of the law in Indiana, cannot charge with attempted murder,” Embrey said.

When it came to charging him with something for the alleged plot, Embrey said they came up with nothing.

“Since Ana was not aware of the plot, it isn’t even stalking,” Embrey said. “He did not enlist Johanna’s aid in accomplishing the murder, so it was not a conspiracy. And there’s no charge of planning a murder, so he slid through the cracks.”

Konrath was sentenced to 10 years for the stalking charges broken down to one year in prison, one year in community corrections and eight years of probation. Konrath’s medical license has been suspended.

“Given the fact that with the other charges he was facing possibly 50 years in prison, I’m satisfied with what happened,” Konrath’s attorney Eric Huneryager said.

The Miami County judge who handed down the sentence compared the case to a crime novel. For Embrey, it’s even stranger.

“This is one of those truth is stranger than fiction things,” Embrey said.