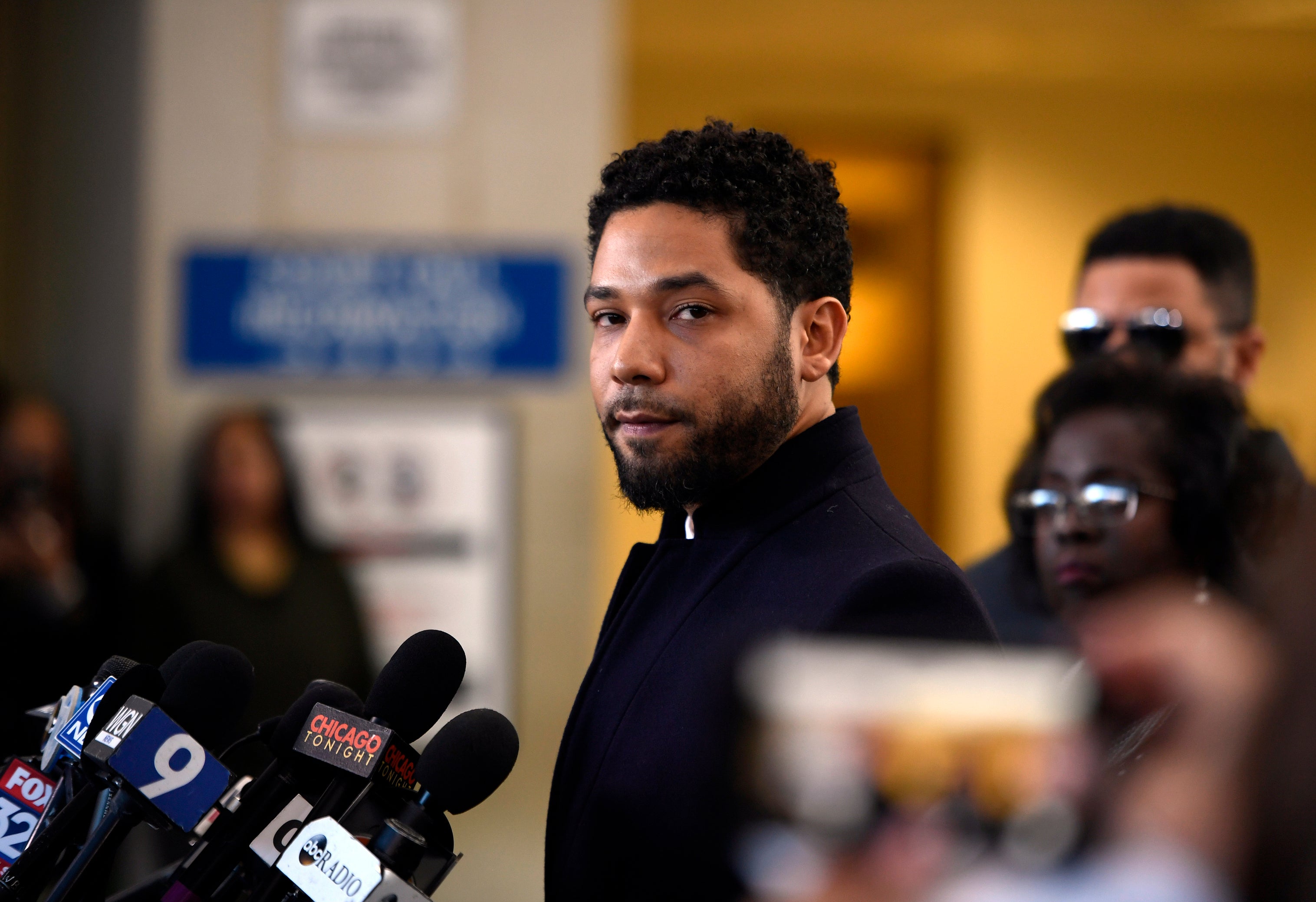 CHICAGO (AP) — Chicago’s top prosecutor again shifted her explanation for why she recused herself from an investigation into Jussie Smollett’s claim that he’d been the target of a hate crime, saying she stepped aside because of false rumors she was related to the “Empire” actor.

Cook County State’s Attorney Kim Foxx offered the new public explanation in a statement issued along with the release of 2,000 pages of documents in the case, which also refer to the rumors arising as suspicions grew that Smollett, who is black and gay, staged the attack against himself.

Her statement and the documents, which included internal office communications, illustrate how Fox and her office at times agonized over whether she should recuse herself at all and over how to explain the decision in March to drop all charges that accused Smollett of lying about the assault and making a false police report. Smollett claimed he was the victim of an racist, anti-gay attack in downtown Chicago in January.

Foxx said in her Friday statement: “False rumors circulated that I was related or somehow connected to the Smollett family, so I removed myself from all aspects of the investigation and prosecution … so as to avoid even the perception of a conflict,”

But previous explanations suggested that she recused herself in Febraury because of communications with a Smollett family member as the investigation of the reported attack was ongoing.

Foxx communicated in early February with former first lady Michelle Obama’s former chief of staff Tina Tchen, who was representing Smollett’s family, and with a member of Smollett’s family about the investigation. She recused herself on Feb. 13, and her office cited the communications with the Smollett relative, whom Tchen had encouraged Foxx to call, as the reason for the decision.

The new documents portrayed her as torn about whether to recuse herself at all.

In texts with her chief of staff, Jennifer Ballard Croft, said she was unhappy about having to step away from the investigation — even calling the false rumors “racist.”

An ethics officer, she said, “told me I had to do it.” She continued: “There were rumors she claims that I was related to or closely connected to the Smolletts. I told her that wasn’t true. She said it was pervasive (in the Chicago Police Department) and that I should recuse. I thought it was dumb but acquiesced. It’s actually just racist.”

Previously released communications also show how Foxx inserted herself in the case even though she had publicly vowed to stay out of the decision-making.

Parts of the Friday releases, not attributed directly to Foxx but to her office, say the new materials being released “reveals that the State’s Attorney was advised to “recuse” herself … solely based upon rumors that she was related to Smollett — which she is not.”

It also suggests miscommunication, saying that attorneys within the office advised against using the word “recusal” in what Foxx was doing — because they saw no actual conflict of interest.

“Those communications were not escalated to the State’s Attorney herself,” she said.

Smollett faced 16 felony counts related to making a false report that he was assaulted by two men early on Jan. 29. Investigators said he made the false report because he was unhappy with his pay on “Empire” and believed such an incident would give his career a boost. Foxx’s office dropped the charges on March 26 without any admission of guilt by Smollett, prompting a hail of criticism especially from then Mayor Rahm Emanuel and Chicago Police Superintendent Eddie Johnson.

Foxx’s office released the hundreds of police reports, warrants, internal emails and texts — that media organization had requested for months — as offices closed for the weekend Friday evening. A judge had approved release of the files last week.

Among the documents were letters to Foxx from supporters of Smollett in Febraury, urging her office to rethink the charges.

One letter was from New York attorney Brian Ponder, who wrote “#NotJustJussie” in the subject line.

He wrote in his letter, dated Feb. 21, 2019, that he understood the gravity of a false-report accusation, but added that, “We trust such charges are not only pursued due to social, political, or racial bias.” He said: “We trust your office will review, investigate, and charge all false reporters, and not just Jussie. America is watching.”

The recusal issue has continued to dog the state’s attorney’s office.

In late March — after questions were raised about the dropping of charges — Foxx and her aides sought to recast her role, with one statement saying Foxx “used the term ‘recuse'” in the “colloquial use of the term.” They said the correct description was that she had “informally separated herself from the decision-making” in the case.

As documents released earlier illustrated, Foxx nevertheless weighed in at critical points as her staff decided whether to proceed with the prosecution, which began when Smollett was charged on Feb. 20. Her input included a March 8 text to First Assistant State’s Attorney Joseph Magats, who became the final decision-maker in the Smollett case after Foxx purportedly stepped away.

Foxx texted: “Sooo …… I’m recused, but when people accuse us of overcharging cases … 16 counts on a class 4 becomes exhibit A.”

Magats responded to his boss, saying: “Yes. I can see where that can be seen as excessive.”

“Allegations of a vicious homophobic and racially motivated attack shook our city and the nation with understandable anger and fear,” she said. And she added: “I did not have a conflict of interest in this case; only a sincere desire to serve the community.”

But she also conceded that the matter, especially on the recusal issue, wasn’t handled as well as it could have been.

“I regret that my attempts to this end created confusion outside the office,” she said. She added later: “I am sorry that despite the best intentions, our efforts were less than what was required of the moment,” she said. 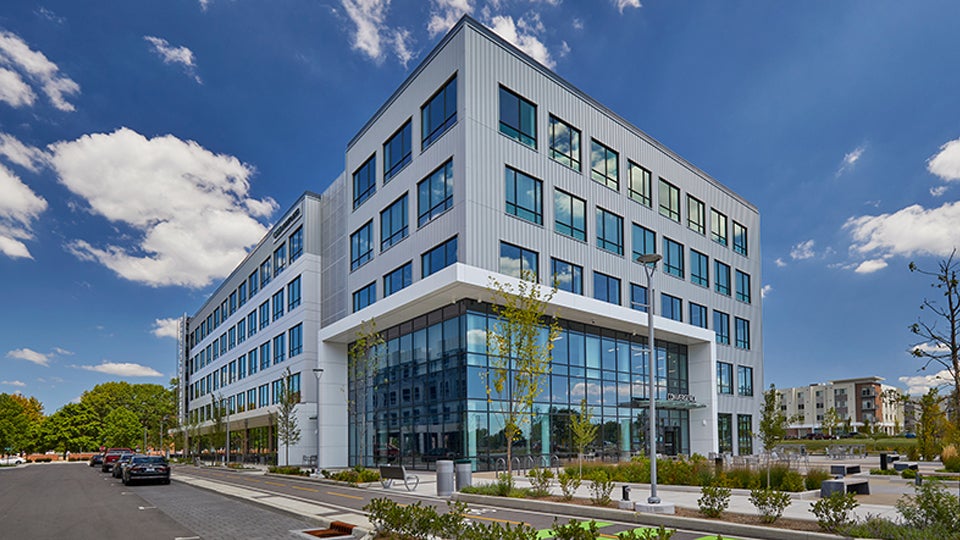