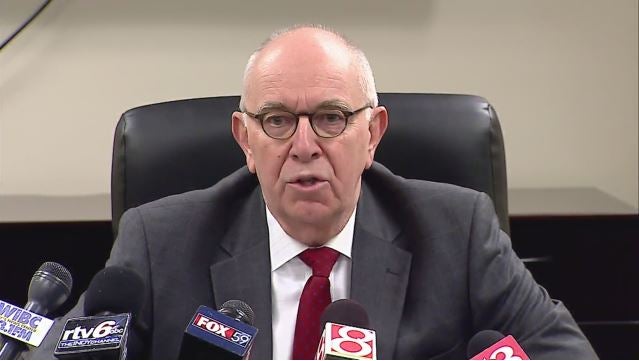 Shirley was sentenced to 50 years in prison after she pleaded guilty for her role in the deadly explosion.

Curry says his office introduced about 2,500 pieces of evidence during the trials of Mark Leonard and Bob Leonard Jr. Both received life sentences for their roles in the 2012 explosion that killed Dion and Jennifer Longworth.

Curry even broke down the cost of each trial. Mark Leonard’s cost $62,805, and $51,529 was spent on Bob Leonard, Jr’s. During the trials, Curry said his staff spent many nights in their hotels rooms hammering out the details of their presentations and perfecting power point presentations.

In the end, Curry says he was pleased with the support he received from Richmond Hill residents.

“We wanted to share our gratitude to the residents of Richmond Hill, they showed patience and willingness to be engaged in the process,” said Curry.