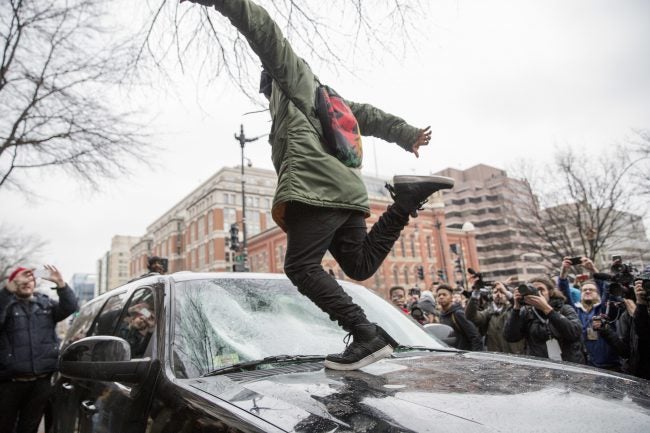 WASHINGTON (AP) – Prosecutors have dropped felony rioting charges against five more people who were arrested after protesters broke windows and torched a limousine in Washington on Inauguration Day. That brings the total number of dropped cases to nine.

The U.S. Attorney’s Office for the District of Columbia made the announcement in a statement Friday. The office did not say why the cases were dismissed but said prosecutors are working with police to review evidence related to the Jan. 20 arrests.

The office had previously dismissed charges against four journalists who were arrested while chronicling the actions of a group of self-described anarchists. Police originally arrested 230 people and charged them with felony rioting, which is punishable by up to 10 years in prison.

The office had previously dismissed charges against four journalists