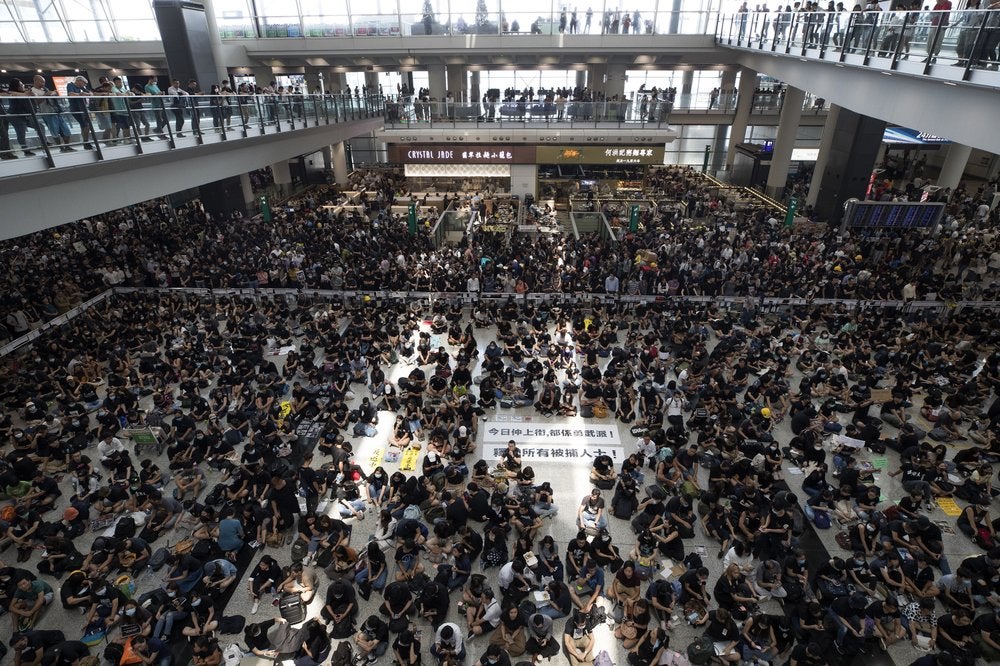 Protesters surround banners that read: "Those on the street today are all warriors!" center top, and "Release all the detainees!" during a sit-in rally at the arrival hall of the Hong Kong International airport in Hong Kong, Monday, Aug. 12, 2019. Hong Kong airport suspends check-in for all remaining flights Monday due to ongoing pro-democracy protest in terminal. (AP Photo/Vincent Thian)
by:
Posted: Aug 13, 2019 / 06:15 AM EST / Updated: Aug 13, 2019 / 06:25 AM EST

HONG KONG (AP) — Hong Kong’s airport has canceled all remaining departing flights for the second day after protesters took over the terminal.

The authority advised the public not to come to the airport.

The airport’s arrival and departure halls were blocked by thousands of protesters who were gathered in the airport for the fifth consecutive day. They are calling for democratic reforms and an independent inquiry into alleged police brutality.