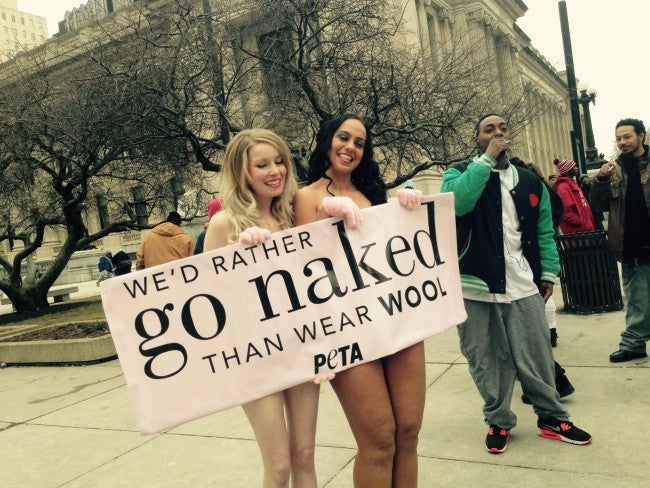 Members of People for the Ethical Treatment of Animals (PETA) were at the corner of North Pennsylvania Street and East Ohio Street on Feb. 4 at noon to proclaim the cruel treatment of sheep in the wool industry.

PETA stated that information surfaced that revealed sheep being punched in the face, jabbed with electric clippers, thrown to the floor and stomped by wool industry workers. They also report that sheep have died from abuse.

Police were present to ensure the protesters were not completely naked at the “Rather Go Naked Than Wear Wool” campaign event on Wednesday.