Protests erupt at IND and Bloomington over Trump’s executive orders 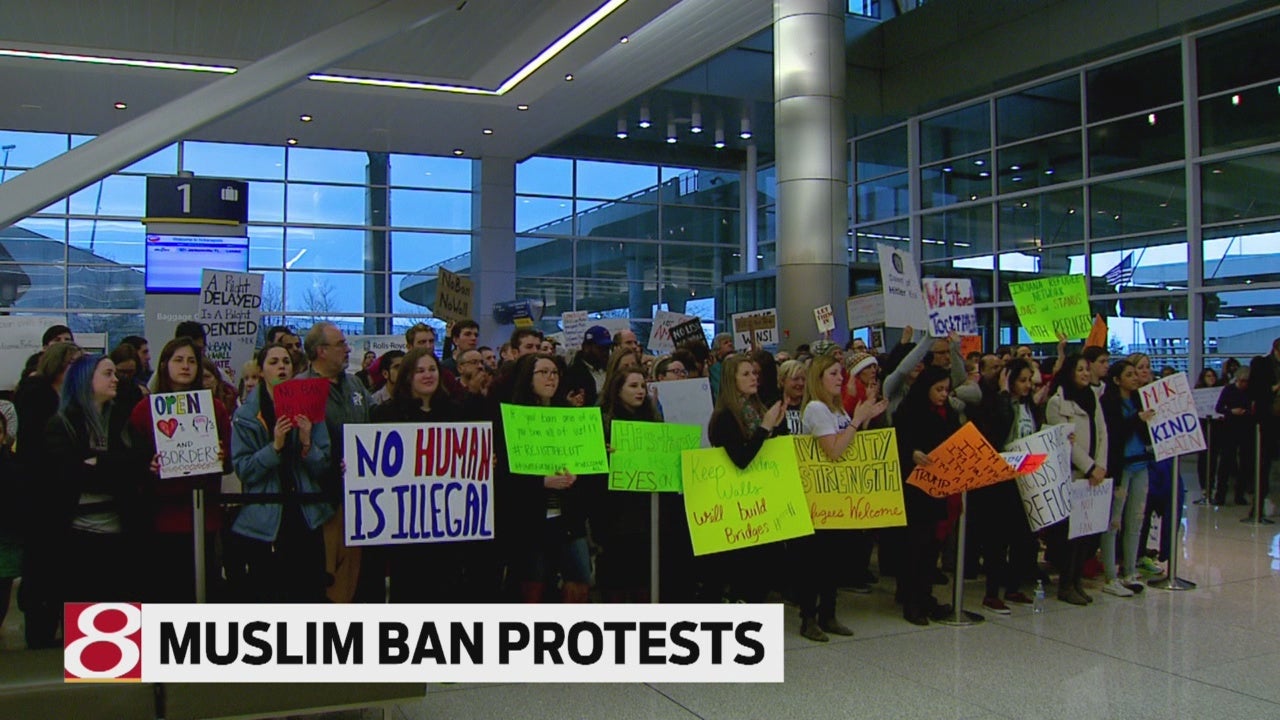 INDIANAPOLIS (WISH) – Thousands of people across the country came together Sunday for a second day to protest President Donald Trump’s immigration travel ban.

The executive order signed Friday temporarily bans citizens, from seven Muslim-majority countries, from entering the United States for the next 90 days.

Under Obama, certain individuals from these countries were subject to greater scrutiny, but there was not a blanket ban.

And those protests also popped up in central Indiana.

“I’m Muslim and I’m from an immigrant family and I know people who are from countries that are part of the ban and I know they’re not terrorists and I know what our religion is,” said Alina Husain, a Muslim American who attended the rally.

The peaceful protest lasted for over two hours. They sang the national anthem and America The Beautiful.

“It’s amazing to see. It’s what the American spirit is. It’s what you expect to see when you think America, the land of the free, united, the melting pot,” said Nida Khan.

“You are all here because you love America and you want to see us do the right thing,” said Sen. Joe Donnelly before boarding a plane back to Washington DC.

“People of goodwill will not be mesmerized by the language of religion. They’re saying we don’t care what religion you say you are. This is unconstitutional, unpatriotic and un-American,” said Rep. Andre Carson.

“There’s like a sense of fear and then after you go through that you go, ‘OK I have to take action now,’ and that’s why I’m here,” said Hera Ashraf.

There was a similar protest in Bloomington Sunday.

The executive order and resulting protests prompted republican Congresswoman Susan Brooks to issue a statement saying she doesn’t believe in discrimination and doesn’t support a religious test. She’s asking for more clarity and information from the administration.