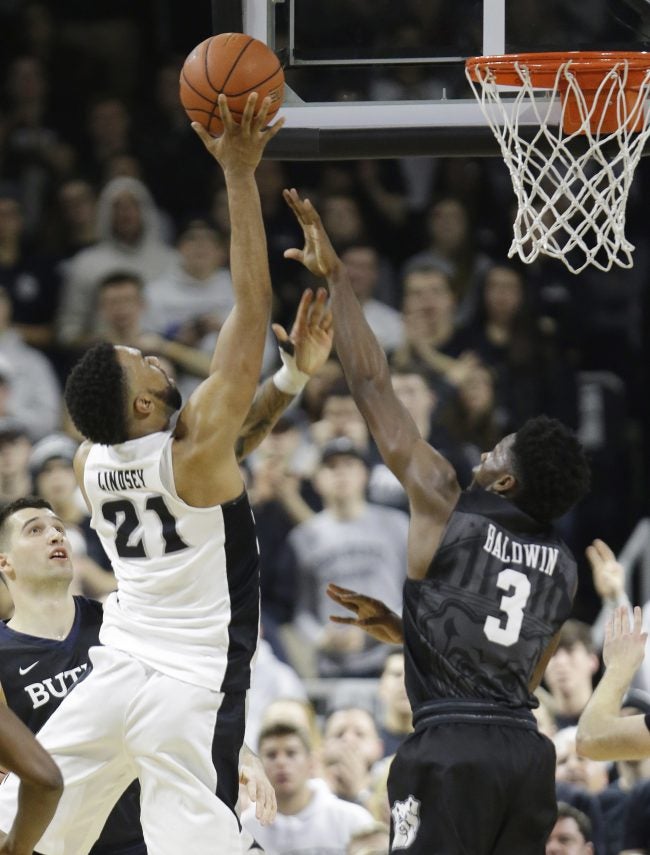 PROVIDENCE, R.I. (AP) – Alpha Diallo scored 15 points and Kyron Cartwright had 14 for Providence on Saturday as the Friars beat No. 22 Butler 71-65.

Nate Fowler scored a career-high 19 points and Kamar Baldwin had 11 rebounds for the Bulldogs, who have lost three of their last four games. Fowler made his first seven shots to make up for poor shooting by the rest of the Bulldogs (19-6, 8-5 Big East).

Providence (15-11, 5-8) trailed for most of the game before Cartwright scored six straight points midway through the second half – a 3-pointer and three free throws – to tie it 47-all. It was 61-60 Friars when they scored the next eight points – including Diallo’s free throws when Butler coach Chris Holtmann was whistled for a technical.