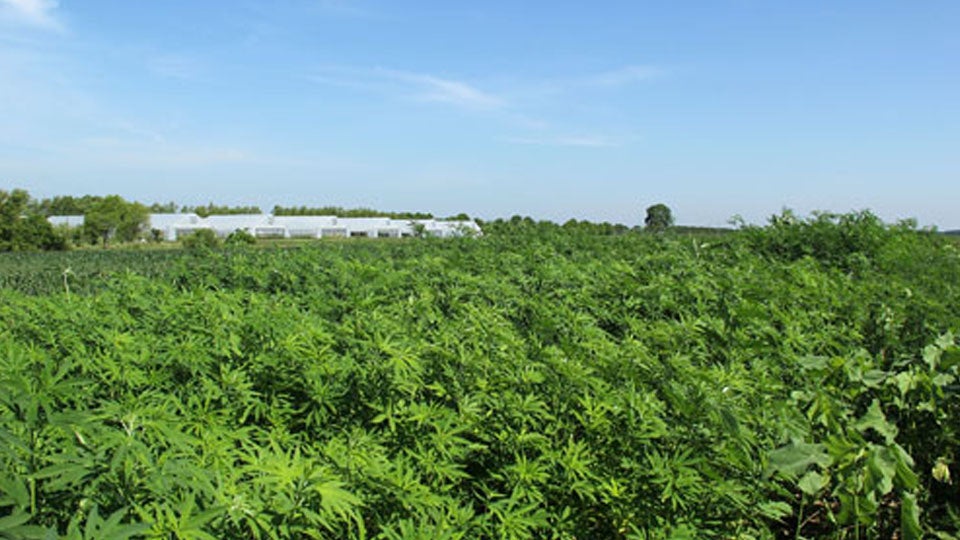 WEST LAFAYETTE (Inside INdiana Business) — Purdue University has received a nearly $1 million grant from the U.S. Department of Agriculture to help scientists get a better understanding of the production of industrial hemp.

Growing hemp became legal when Congress approved the 2018 Farm Bill. A number of Indiana farmers were interested in pursuing industrial hemp as a cash-crop. But, there were a lot of questions about how.

“There’s certainly tremendous interest and tremendous opportunities, but the reality is that this is a crop we haven’t grown on significant acreage for 70 to 80 years,” said Kevin Gibson, professor of botany and plant pathology at Purdue. “The knowledge base to be successful needs to be developed.”

Gibson will lead a team exploring questions related to organic hemp production. He says understanding organic methods is especially important because there are no legal pesticides that growers can use on hemp.

The plant scientist says In the U.S. chemicals are developed and approved only for specific crops, and it would be illegal to use a pesticide developed for corn, for instance, on another crop such as hemp.

“This is a great opportunity to develop organic practices that can reduce the reliance on pesticides for all hemp growers, Gibson said. “We also want to know how hemp might fit in rotation with other crops, how it might fit into a soil conservation system, and how cultivars and the timing of planting will affect growing success.”

Later this week, USDA will issue an interim final rule formalizing the program which will be published in the Federal Register. That step will allow hemp to be grown under federally approved plans and make hemp producers eligible for a number of agricultural programs.