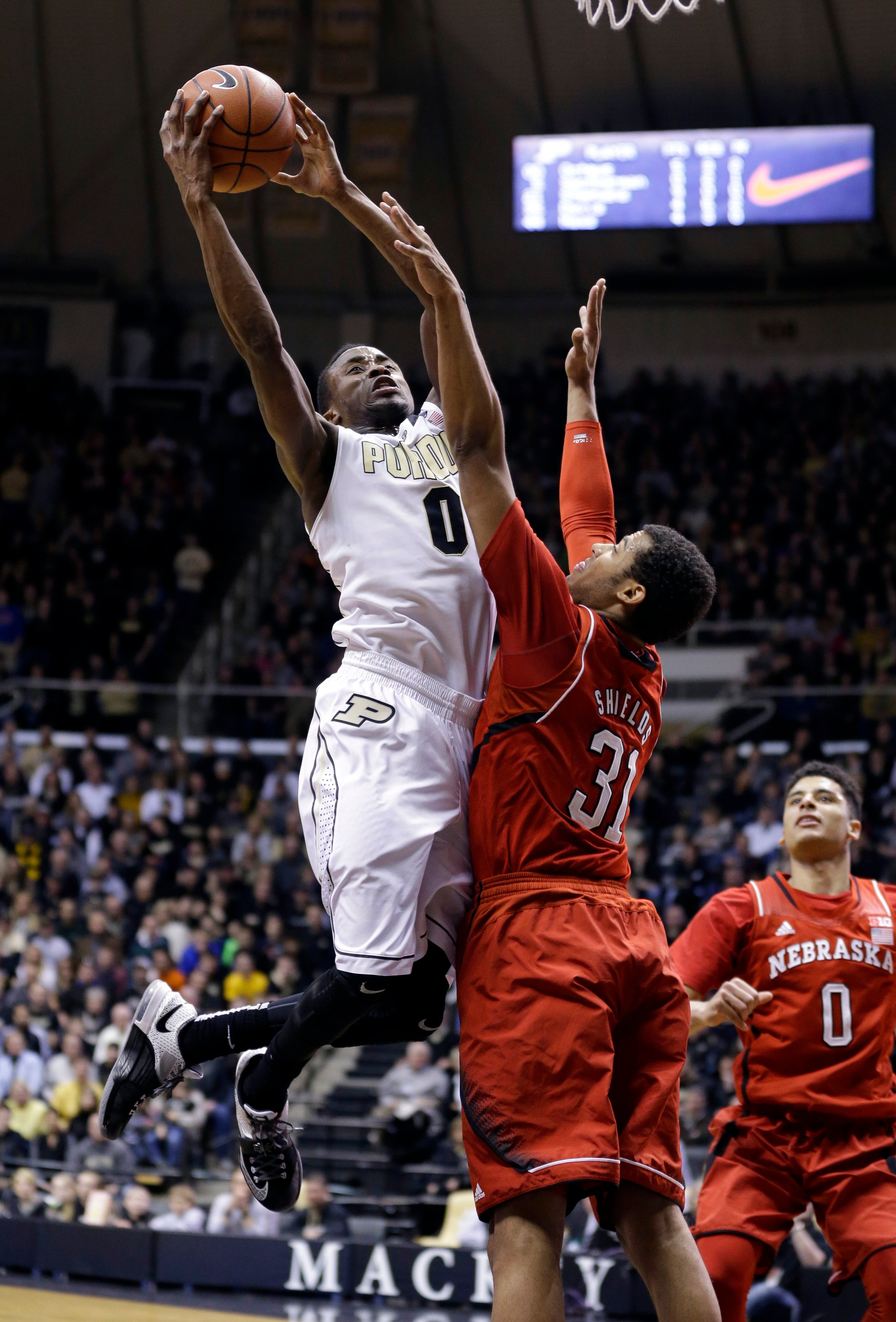 Purdue (17-9, 9-4) pulled back into a second-place tie with 19th-ranked Maryland, each three games in the loss column behind league-leading Wisconsin. The Boilermakers beat Nebraska (13-12, 5-8) for the fifth consecutive time in West Lafayette.

After Nebraska countered with a 7-0 run, Stephens sank his fourth 3-pointer to give the Boilermakers a 51-39 advantage with 10:11 to go.

Isaac Haas and Rapheal Davis had layups that pushed the Purdue lead to 55-39 with 9:18 to go.

Nebraska closed within seven points with less than five minutes to go, but Dakota Mathias’ 3-pointer with 1:51 iced it for Purdue at 64-51. The freshman guard added 10 points.

Shavon Shields led the Cornhuskers with 19, and Terran Petteway added 13.

Purdue got untracked from an early 8-3 deficit to lead 26-20 at halftime despite starting 1 of 8 from the field and 1 of 6 from the free-throw line.

Purdue out rebounded Nebraska 26-17 during the first 20 minutes and outscored the Cornhuskers 9-0 from the free-throw line. Davis and A.J. Hammons each had six first-half rebounds for the Boilermakers.

Purdue improved to 6-1 in Big Ten home games, losing only to Maryland on Jan. 10.

Nebraska: The Cornhuskers have lost five of their last six. … Nebraska made its first three field-goal attempts on Sunday, then made only six of its final 26 opening-half shots. … Terran Petteway or Shavon Shields has led Nebraska’s scoring in 24 of 25 games this season.

Purdue: The Boilermakers have won six of seven, losing only at Minnesota. … In conference games, Purdueand Ohio State are the only teams to rank among the top four in field-goal percentage and field-goal percentage defense. … Purdue’s 17th victory is its most since the 2011-2012 team finished 22-13. … The Boilermakers lead the Big Ten in blocked shots with 5.6 a game.