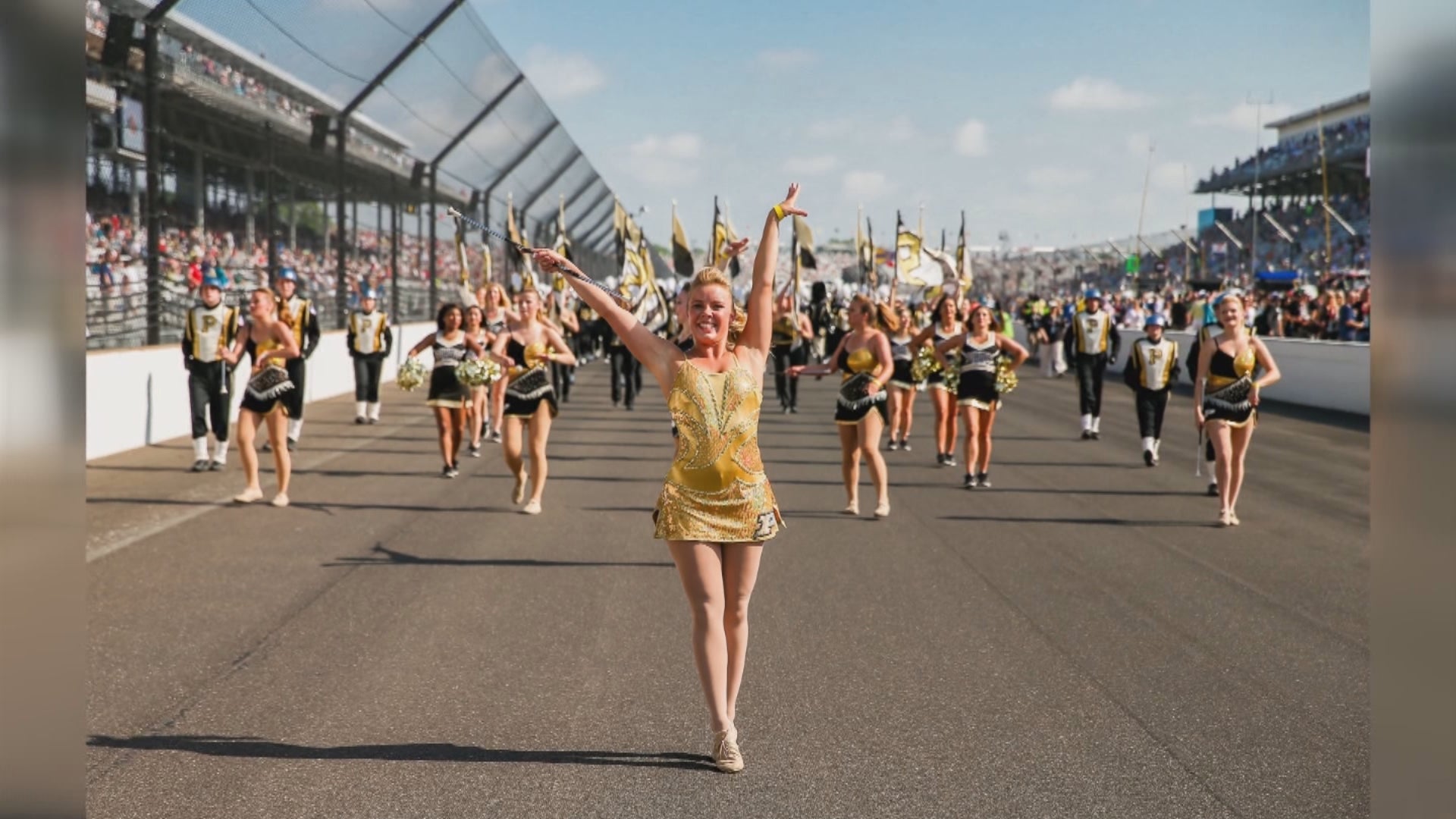 INDIANAPOLIS (WLFI) — Sunday’s performance of “(Back Home Again in) Indiana” at the Indianapolis Motor Speedway will be a little bit sweeter.

Hoosiers and race fans across the world will celebrate the 103rd running of the Indianapolis 500 this Memorial Day weekend. For 100 of the races, a local connection has been put on a national platform.

While greater Lafayette has a lot of connections to the Indy 500, including a former winner and current crew members from the area, there perhaps is nothing more important on race day than the Purdue All-American Marching Band.

“Just the sheer fact that we’ve been doing this for 100 years is a pretty profound statement to Purdue’s commitment to the Indianapolis Motor Speedway,” said Jay Gephart, Purdue director of bands and orchestras.

Boilermaker music began during the 1919 running of the Indianapolis 500. That year, a handful of men from Purdue University participated in the race’s “Parade of Bands.” Every year following, Gephart said, the Purdue All American Marching Band has been guaranteed the role of “host band” for the race and the parade.

“This represents a huge piece of our tradition,” Gephart said.

Participation is actually optional for band members. This year, more than 250 students, including Kelsey Leff, will make it a priority of their summer.

“There wasn’t a way for me to say ‘no’ because there is just so much history,” Leff said. “I love tradition, and we are a band of traditions and this is one of the bigger ones.”

“It showcases Purdue University and music at Purdue on a national and international stage,” Gephart said. “We perform before nearly 400,000 fans. It’s really interesting, honestly, to see race fans coming up and taking pictures of the Purdue band like we’re one of the celebrities of the day, which I think we are.”

The state university at West Lafayette with no music school is the one fans come to know each year.

“Just the sheer fact that it’s Purdue that plays an integral role musically at the Indianapolis Motor Speedway year after year is a pretty profound statement,” Gephart said.

Purdue Bands says there will be a standalone recognition for the band’s 100th year at the track during prerace festivities. The band will then perform “Battle Hymn of the Republic” and “America the Beautiful.” That will be followed by “(Back Home Again in) Indiana” with singer Jim Cornelison.