Purdue professors, students skeptical of NASA making it to moon by 2024 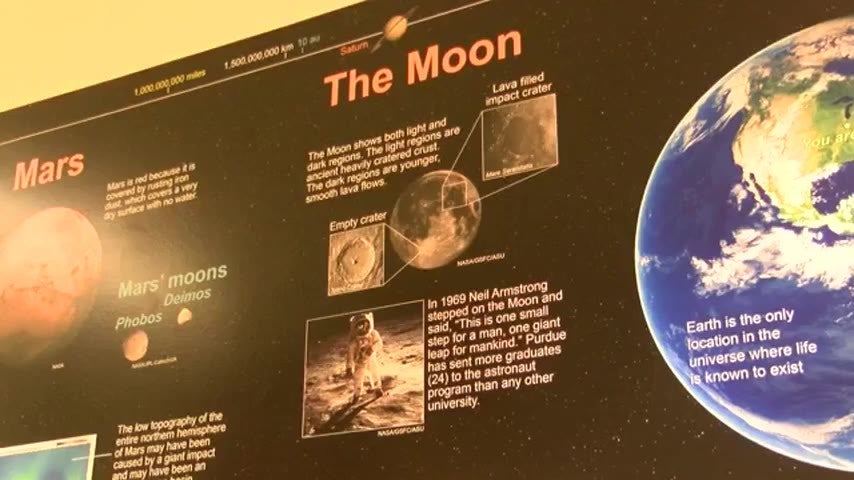 WEST LAFAYETTE, Ind. (WLFI) — Purdue University professors and students are reacting to the announcement that NASA will have an astronaut to the moon by 2024.

Last February, NASA said it would land astronauts on the moon in 2028, so now the Trump administration has cut that deadline by four years.

“There is no plan,” said planetary science associate professor David Minton. “I think this is a very sketchy announcement.”

The announcement, made in Huntsville, Alabama, called for NASA to push its limits.

“I don’t see anything that’s actually backing this up with a real budget or a real exploration plan,” Minton said.

The plan was absent in Pence’s speech. He provided a lack of details on how this would happen or how much the mission would cost.

But, it has Purdue students ready for exploration beyond the moon.

“The moon is a stepping stone toward Mars,” said Purdue student Matt Jewison. “Like we said we kind of have already established that we can get to the Moon and we have already explored it.”

The red planet aside, Minton said, the moon still has exploration left to be completed.

“By studying the moon we can learn about the time in our solar system when the Earth formed and life began,” Minton said.

Beginning in the 1960s, space exploration took off when President John F. Kennedy was in office. President Richard Nixon was commander in chief last time an astronaut landed on the moon.

“We will return astronauts to the moon for the first time since 1972,” Pence said.

However, the first man to the moon made it there back in June 1969. That honor belongs to the late Purdue alumnus Neil Armstrong.

Jewison said, “I think its important to have a strong presence in outer space.”

The strong presence is something the director of Purdue Space Flight Project Laboratory agrees with. David Spencer of the lab said, “Establishing a permanent human presence on the Moon is the right objective, and it is a necessary goal if the U.S. is to maintain global leadership in space exploration.”

Minton added, “If humans are going back to the moon, I have no doubt that there will be a Boilermaker putting their boots on the ground.”