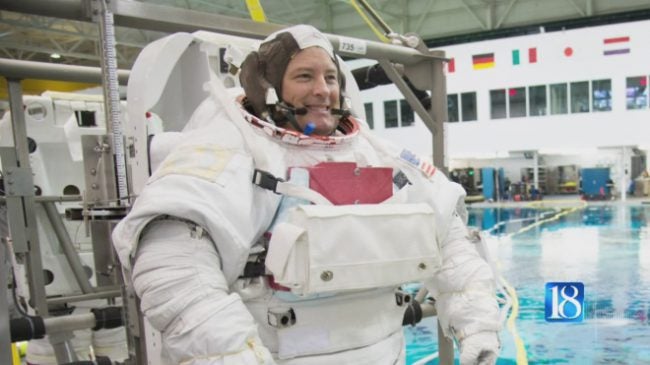 WEST LAFAYETTE, Ind. (WLFI) – Another Purdue University graduate is heading into space, and News 18 spoke with the newly announced astronaut about how the Purdue connection in space is stronger than ever.

Scott Tingle has been waiting his entire life to get the opportunity to fly into space. Once the flight crews were announced, he realized he’d be going up with a familiar face.

“It’s absolutely phenomenal. It’s a lifelong dream, something I dreamed of as a 10-year-old boy and been working towards for 40-something years,” Tingle said.

Tingle, or if you go by his call name – Maker, graduated from Purdue in 1988 with a masters in engineering.

“I’ve always said that making the decision to go to Purdue for graduate school was probably the best decision I’ve made in my life,” said Tingle.

Current Purdue professor of aeronautics and astronautics, Stephen Heister, has been friends with Tingle since the ’80s. He’s experienced firsthand how good of a flyer Tingle is.

“He took me up in one of these acrobatic aircraft. We flew over the San Fernando Valley and did some maneuvers, and we turned upside down and everything. It was a lot of fun,” Heister said. “By the end of the hour, I was ready to be on the ground.”

Tingle will start off in Expedition 54, which is set to launch around December and return in May 2018.

While at the International Space Station, Tingle will be joined by another Purdue astronaut Drew Feustal when Expedition 55 arrives in March 2018.

Both men have been to Purdue together to speak with students in the past.

The flight commander for that crew is also a Boilermaker – Gary Horlacher.

“I was just out having a short drink with him the other day, just touching base,” Tingle said. “We’ve been friends for five to six years now. And now that he is the flight director for our expedition, it’s really the perfect triad.”

As you would expect, all three of them are great friends. In their spare time, just like all engineers love doing, they work on cars.

“When I take a job that’s too big, the first person I call is Feustal,” said Tingle. “Drew! How do I fix this?”

“The fact that I get to do it with a Purdue grad right by my side and another Purdue grad down leading mission control is absolutely phenomenal,” said Tingle.

The departure date has changed a few times. But as of right now, Tingle is set to leave Dec. 27 and return in May.