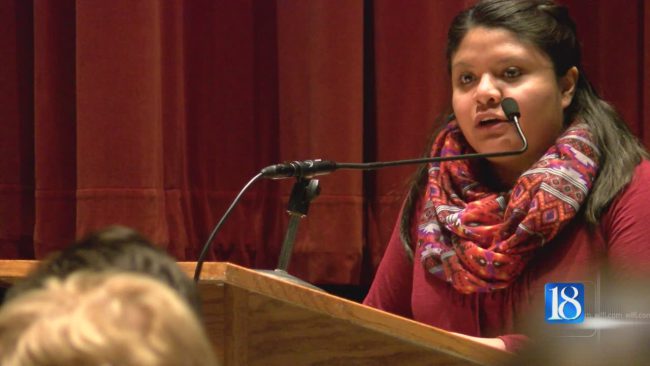 Three Purdue University students went before the council to talk about their immigration backgrounds. They asked the council to make West Lafayette a sanctuary city.

Sanctuary cities offer safe harbor for undocumented immigrants who might otherwise be deported. President Donald Trump has signed an executive order that would withhold federal grant money from sanctuary cities.

Mayor John Dennis said city leaders want everyone in the diverse community to feel safe, but they also have to look at what’s at stake.

“Every road we touch has federal funding in it, we use federal funding for hiring police officers, for hiring firefighters. We are a city, like most cities in this country, who do a great deal with the assistance of our federal government,” said Dennis. “We would have to proceed very cautiously to make sure we wouldn’t compromise that.”

“We’re definitely going to keep on working on building momentum, reaching out to local leaders and making sure that people know that everything going on at the national level is affecting people at the local level,” said Rocio Leon, one of the students.

In other news, the council approved rezoning for the University Lutheran Church to move to The Exponent building. There are plans to then build a 16-story high-rise in its place, across from Chauncey Hill Mall. That proposal goes before the Area Plan Commission later this month.