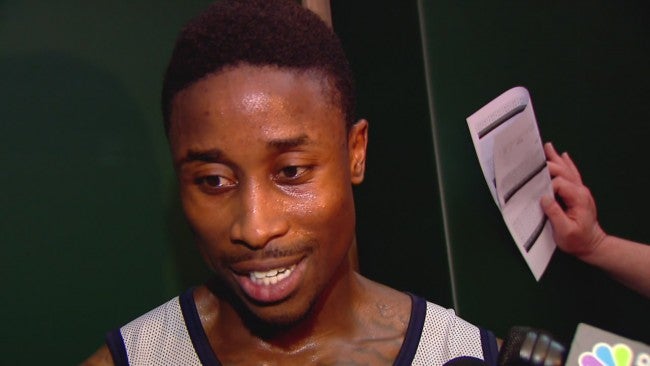 “To be in this position, it’s special. I’m just embracing it,” said Octeus.

His first workout with the Pacers came on Tuesday.  For fringe prospects like him, the chance to make an impression is critical.

“Just go as hard as possible,” said Octeus, on what he’s trying to show teams. “I think if you go as hard as you can, it’ll make up for any mistakes that you make.”

The honorable mention all-Big Ten conference point guard isn’t sure of his role at the next level; it’ll depend on the system. He feels his ever-changing college career will help him fit in just about anywhere. He would love for that chance to come in his new home.

“The fanbase here is really great,” said Octeus.  “When they found out I had the opportunity to play for the Pacers, things started to blow up. People started congratulating me.”

Should he not get a job in the NBA, he didn’t rule out playing overseas. He said he wants to play wherever he can for as long as possible.