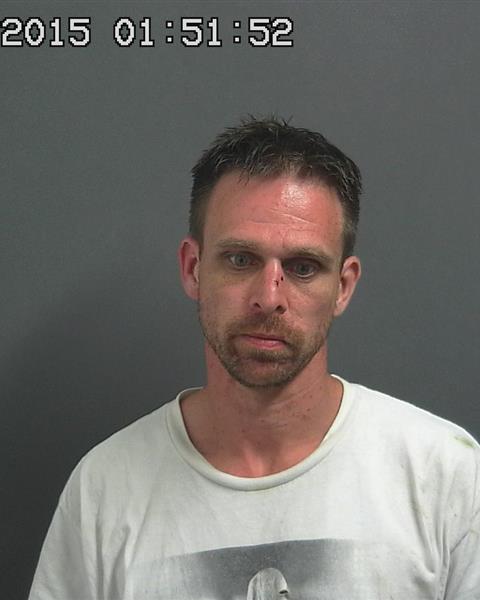 GREENE COUNTY, Ind. (WTHI) – An attempt to make a traffic stop Friday night in Linton ended with a police chase and one person arrested on felony charges.

It was just before midnight Friday when a Linton Police Officer attempted to stop a Ford truck for an equipment violation on State Road 59 north of Linton.

Even though the truck accelerated away the officer was able to get the license plate number. The truck was registered to a Shane Hollingsworth, 40 of Greencastle. He was wanted on a warranted regarding a parole violation for serious violent felon in possession of a firearm and for felony resisting law enforcement.

Hollingsworth continued to resist law enforcement and even drove through multiple farms causing thousands of dollars in crop damage. Eventually the truck got stuck in a bean field and he then took off on foot.

Officers located him in the field and ordered him to surrender to which he complied.

He was taken to the Greene County Jail and faces charges including criminal recklessness with a deadly weapon when officials say he swerved into the path of an Indiana State Police Trooper.

Hollingsworth was also found to be in possession of illegal narcotics.