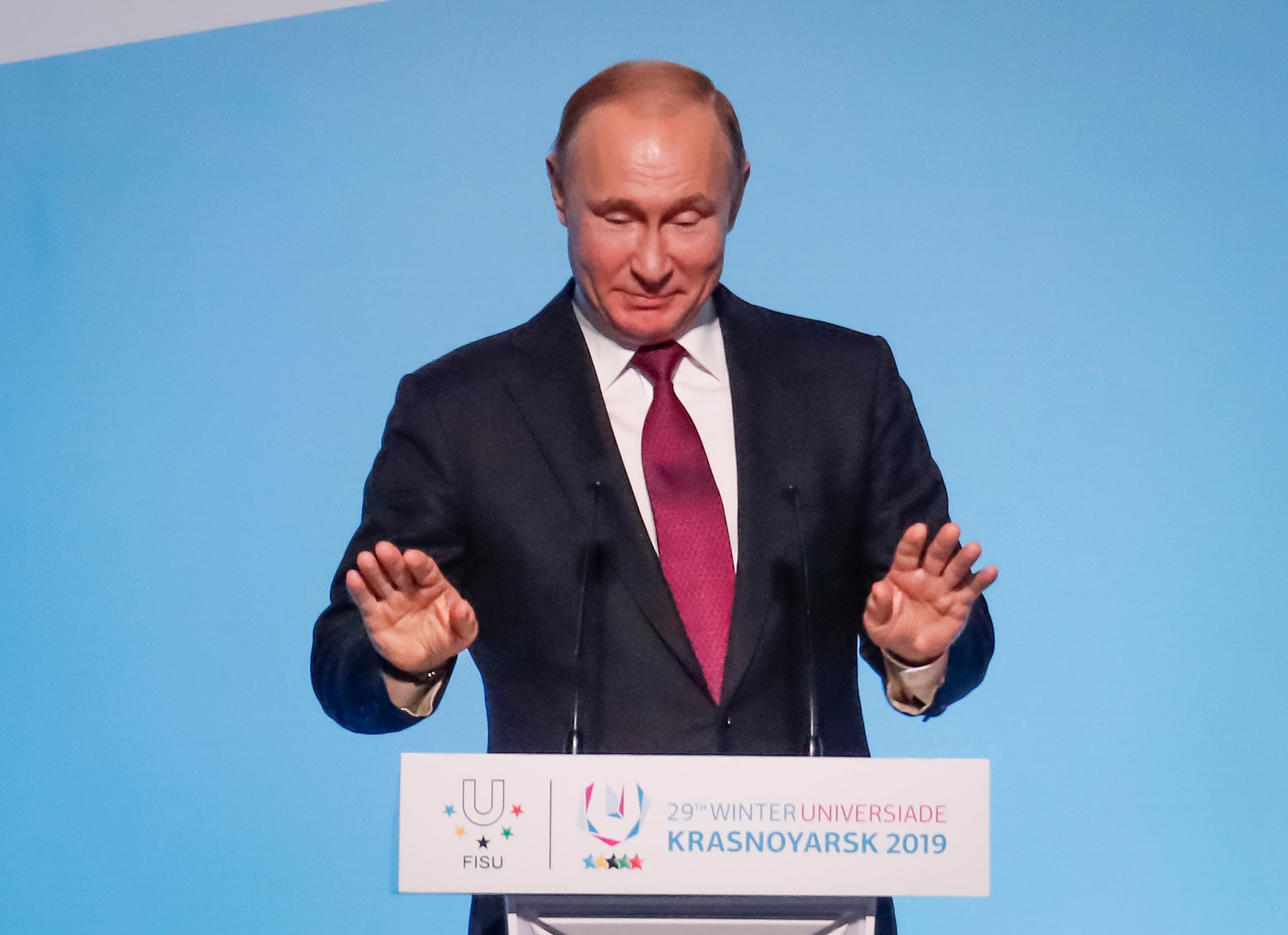 MOSCOW (AP) — President Vladimir Putin suspended Russia’s participation in a nuclear arms treaty the Trump administration already decided to leave, alleging Monday that Washington and not Moscow was in violation of the 1987 pact.

In a decree, Putin suspended Russia’s obligations under the terms of the Intermediate-Range Nuclear Forces treaty and said hold would remain in place “until the U.S. ends its violations of the treaty or until it terminates.”

Putin’s order came as Gen. Valery Gerasimov, the head of the Russian military’s General Staff, was in Vienna for talks on strategic stability with U.S. Gen. Joseph Dunford, chairman of the Joint Chiefs of Staff. The INF treaty was one of the issues discussed in what the Russia’s Defense Ministry described as “constructive” talks.

The U.S. gave notice of its intention to withdraw from the INF a month ago, setting the stage for it to terminate in six months unless Moscow returns to compliance. Russia has denied any breaches, and accused the U.S. of violating the pact.

The U.S. has accused Russia of developing and deploying a cruise missile that violates provisions of the pact that ban production, testing and deployment of land-based cruise and ballistic missiles with a range of 500 to 5,500 kilometers (310 to 3,410 miles).

The move also reflected President Donald Trump’s administration’s view that the treaty was an obstacle to efforts needed to counter intermediate-range missiles deployed by China, which isn’t part of the treaty.

Russia has charged that the U.S. has breached the pact by deploying missile defense facilities in eastern Europe that could fire cruise missiles instead of interceptors — a claim rejected by the U.S.

The collapse of the INF Treaty has stoked fears of a replay of a Cold War-era Europe missile crisis, when the U.S. and the Soviet Union both deployed intermediate-range missiles on the continent during the 1980s.

Such weapons take less time to reach their targets compared to intercontinental ballistic missiles. Their deployment was seen as particularly destabilizing, leaving no time for decision-makers and raising the likelihood of a global nuclear conflict over a false launch warning.

Last month, Putin ordered the development of new land-based intermediate-range weapons, but emphasized that Russia would not deploy them in the European part of the country unless it was in response to the U.S. taking the action against Russia.

The Russian leader has warned Washington against placing new missiles in Europe, promising that Moscow would retaliate by fielding new weapons that can reach targets more quickly.

The treaty’s demise “could actually trigger a possible missile crisis in Europe as it did in the 1980s,” Moscow-based military expert Pavel Felgenhauer said. “The tensions between East and West are growing, and that means there is a possibility of a war. It’s not imminent, but the possibility is there.”

At the United Nations, spokesman Stephane Dujarric told reporters that Secretary-General Antonio Guterres holds strong hope Moscow and Washington will be able to resolve their differences over the treaty in the coming months.

“The INF is a very important part of the international arms control architecture,” Dujarric said.

“It has contributed tangibly to the maintenance of peace and stability, notably in Europe.”