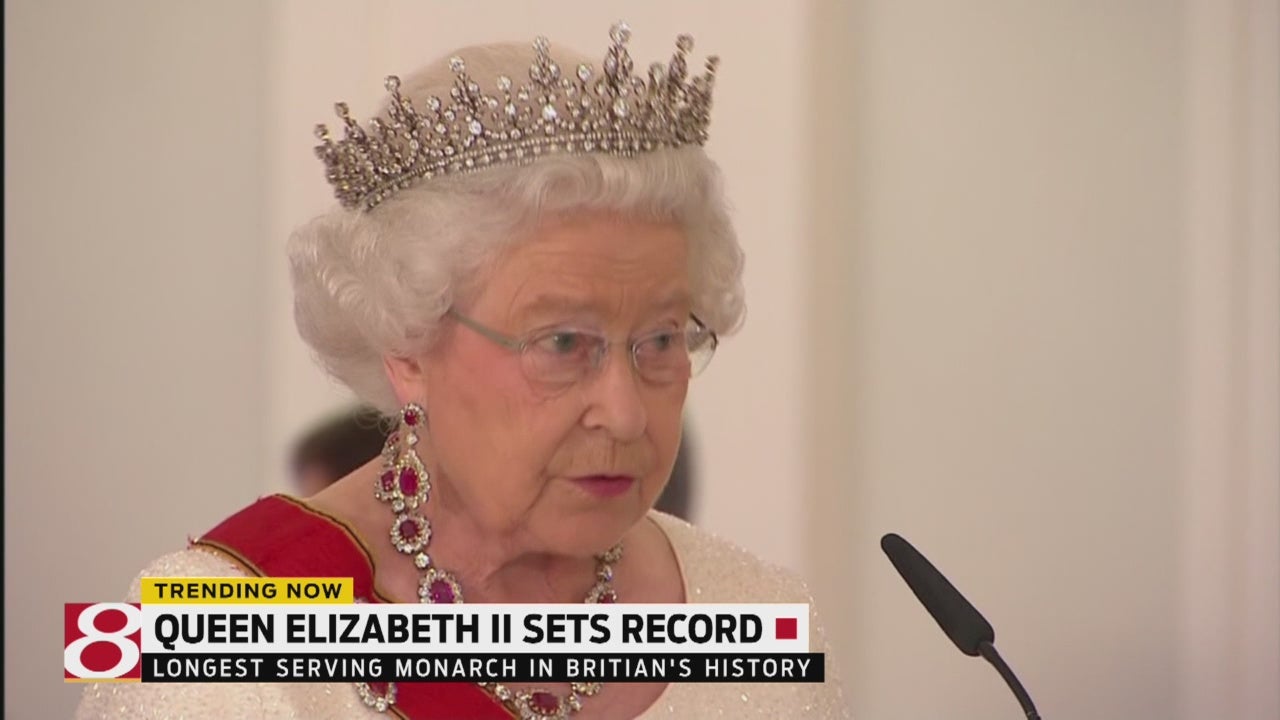 “Over the last 63 years, Her Majesty has been a rock of stability in a world of constant change and her selfless sense of service and duty has earned admiration not only in Britain, but right across the globe,” Cameron said.

The queen and her husband, Prince Philip, planned one public event, although it is not directly connected to the milestone. They are inaugurating a new train route along the Scottish borders.

Wearing a two-tone blue coat and matching hat, the queen waved to crowds at Waverley Station in Edinburgh as she boarded a train bound for the opening ceremony. The arrival of her helicopter had been delayed by fog and poor visibility in Scotland.

Elizabeth, who is concluding her extended summer holiday in Scotland, was expected to speak briefly at the ceremony.

British legislators planned to mark the milestone in Parliament and newspapers were filled with special souvenir tributes to the queen.

Praise also poured in from distant parts of the Commonwealth.

Australia’s Prime Minister Tony Abbott told the Australian Parliament that the queen has compiled an extraordinary record of service and is regarded with “respect and affection” by Australians.

“Hers has been a long, rich life of service to her country, to the Commonwealth,” Abbott said. “We pay tribute to her dedication to duty. We wish her and her loving, remarkable husband health and happiness in the years ahead.”

Buckingham Palace marked the event by releasing an official photograph of the queen taken by Mary McCartney, a photographer who is the daughter of former Beatle Paul McCartney.

Elizabeth came to the throne in 1952 upon the death of her father, King George VI.