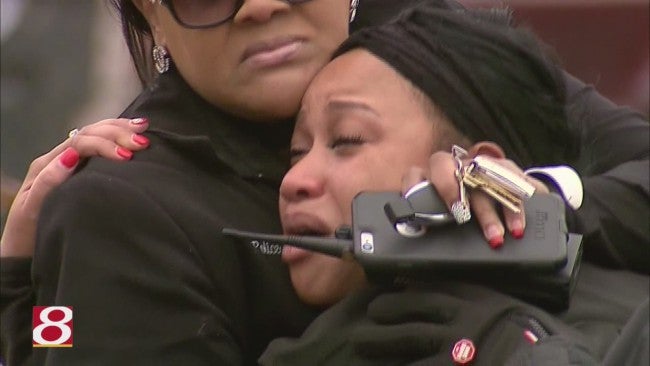 Homicide detectives went back over evidence and followed up on possible leads.

This after four bodies were found inside a home on the 3100 block of North Harding Tuesday morning.

Investigators believe Whitlock came over to the house on Harding to pick up his mother Terri when he was shot and killed with the three other women.

Police are not releasing many details, but investigators believe Tiara Turner may have been targeted by the killer. From the beginning, police said this was not a random act.

Friends of Davon and Terri, have started a GoFundMe page to pay for the mother and son’s funeral.

“Hoping to raise money for funeral cost anyone can donate they would do the same for us,” said Davon’s friend Paula Shofner.

According to Davon’s friends, the 18-year-old was focused on his academics.

“He was an A and B student. He didn’t get in trouble,” said Dustin Brunley.

Detectives urge anyone with information to call Crime Stoppers of Central Indiana at (317) 262-TIPS (8477).