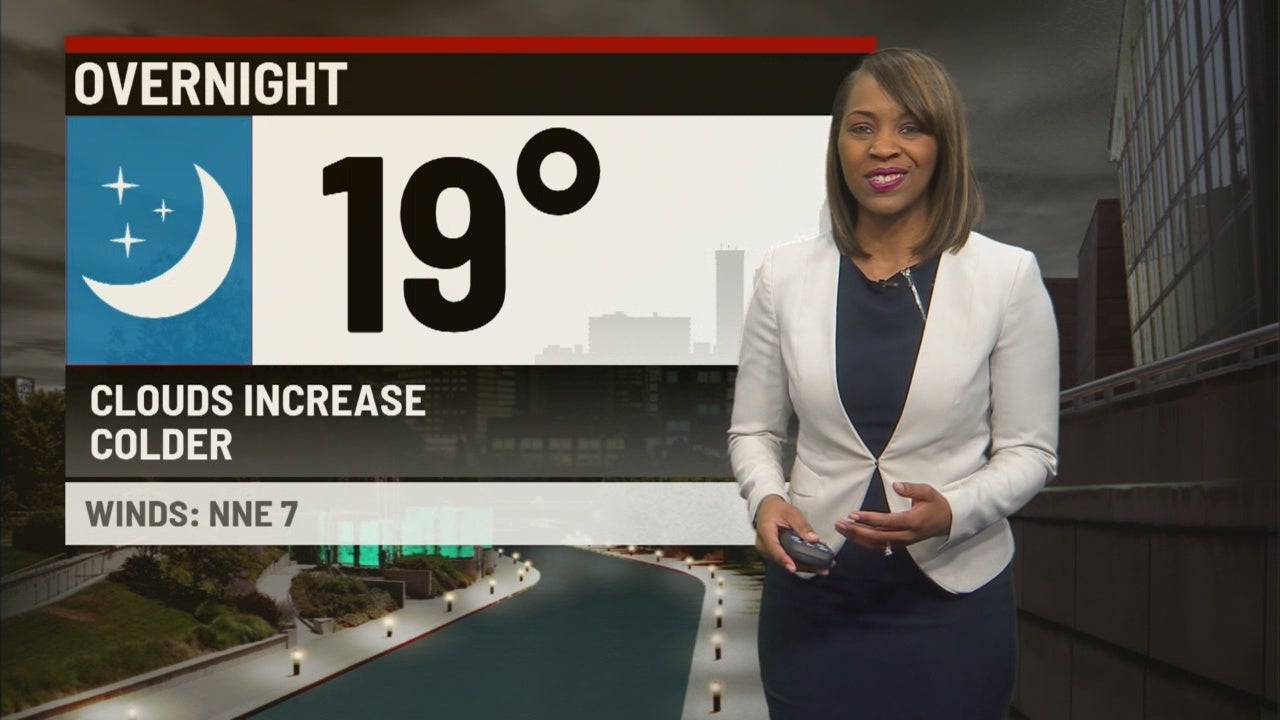 INDIANAPOLIS (WISH) — The week began with quiet weather, but  rain and snow chances will increase as we head into next weekend.

Tuesday night:
Skies will become mostly cloudy, and temperatures will fall to the upper 20s.

Wednesday:
Light precipitation will develop with the chance for flurries early and a slight chance for afternoon drizzle. It will warm to the mid to upper 40s by afternoon.

Friday:
Light snow showers will linger into the early morning. For the afternoon, expect cloudy skies with temperatures in the low 40s. Light precipitation will once again develop at night.